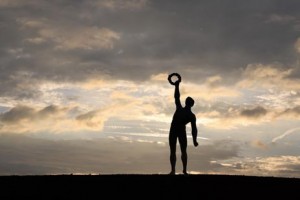 How Do You Become The Human Being Source Meant You To Be?

Many of you are asking for your soul’s purpose, or in essence, your soulcorrection.

In the articles I’ve posted about the different types of soulcorrections, I use descriptive language: I tell you how you are if your soulcorrection is just beginning.

It’s not very helpful, it’s not complimentary, I hear. Yeah, what did you expect?

Yeah, but how do you start the correction? Actually that’s a brilliant question, and I am going to muse about that in this article.

To tell you the truth, I probably only have parts of the answer, and the full methodology will develop with time and in conversations or articles. But you deserve to have everything that is available now, so you can start doing something constructive.

Before I go into it, let’s ask the question that is probably on your mind: how come we don’t have a methodology yet. After all, humanity has been around for a long time…

The problem has been twofold:

We all know of perfectly nice people that suddenly kill, steal, or commit some other horrible act.

When you don’t transform a shadow side feeling, anger, hate, jealousy, inferiority, superiority, possessiveness, greed, self-centeredness, ( instead you suppress it,) it doesn’t go away. It is still there, actually gathering steam, like a volcano. Nitroglycerin, when burned, burns like oil… harmless. But if you put it into a capsule, and close it, when ignited, it will blow up the capsule and anything that’s close to it. That is what we call a bomb.

The culture of suppression, the culture we’ve had for the past two thousand years, has caused more harm than good.

The culture of “let’s not have any negativity in our speaking in this group” has caused people to bottle up, to feel isolated, and get sick.

We’ve been finding a euphemism for every shadow feeling, and we are killing ourselves and our souls.

Failing, mistake, dislike, etc. are all dirty words in that culture. Global warming? I can’t see any! If you ignore it long enough, it will go away… is the general feeling.

But here is the problem: You can’t catch what you don’t see. A thief, a robber, a murderer, as those suppressed feelings need to be caught, and reprimanded! Corrected! Eliminated!

The art of soulcorrection is the following:

For example, one that is probably shared across the board is the following behavior:

Someone points out a fault of yours. Your automatic way of being is one of the following

The only healthy way to relate to this “negative” feedback is to accept the observation as valid, at least accept that from the other person’s point of view it’s valid.

Feedback is going to be your strongest ally. Catching something in yourself is easier with the aid of a feedback. And the feedback is always going to show up as bad news, or someone trying to hurt you or insult you. I promise, I have been at this for a long time and it still stings a little… but by now only a little.

By the way, my inner way to receive negative feedback is the third… I still despair… lol

The internal speaking is, in my case: “No matter what I do, I can’t succeed at this…” It is a dead giveaway to me that I got caught. It’s time to be grateful. You can’t catch what you don’t see.

The 38 Bach Flower Remedies, or Bach Flower Energies cover the whole gamut of human failings successfully. At least I haven’t found anything that isn’t covered, yet.

The best way to go about this monumental task of becoming the best you is to get energetic support from the Bach Flower Energies.

You’ll be more awake, sharper, and less sensitive to the jarring revelations of your shadow side. Your relationship to the signals of the shadow side will change: it will go from victimhood to ownership: you can’t change what doesn’t belong to you either.

Once you are willing to own your shadow side: everybody has a shadow side!, you will be on your way to being able to conquer it and start becoming the human being you were originally meant to be.

18 thoughts on “How Do You Become The Human Being Source Meant You To Be? How Do You Start Your Soul Correction?”