During a webinar, or a personal call I can often see what in someone’s personality, the way they are, the way they react is not natural.

Sometimes I notice something that doesn’t fit the picture, and just like a good detective, I latch onto it, and watch it, and if I can, I use it to unravel the mystery someone’s story is.

Sometimes it takes a while to identify exactly what doesn’t fit… it is a hunch, it is a feeling… like the faint scent for a search dog…

Queen Elizabeth is not a big mystery… at least not on this video… lol. She is still not into this whole queen thing… she’d rather get on with it… Barely tolerating it.

I have developed one of the brain functions available to all…  the Reticular Activator… that I can call on to do this search dog work while I am busy with other things. ‘Reticular Activator’ sounds like a thing, but it isn’t… It is a capacity to hold onto the scent even when I am working, talking, or even sleeping…

Better architects have it, they can walk around in the building they are designing before it is even put to paper. Inventors should have it, or their work will be linear… not a good method for inventing. And you should have it, if you ever desired to build something intentionally, your life, your career, a skill, a future, a business, a dream, or to send energy to a diseased part of you…

The entire Psycho Cybernetics methodology is built on this capacity, to create Mental Representation of what you want… that is why only one percent of one percent is succeeding with it. But the ones who succeed: they succeed spectacularly.

And this, the lack of this capacity explains why people are not getting what a distinction is… grrr. I can’t wait for my students to get ready for this capacity: it’s going to make all the difference with the people who are not succeeding as much as they could.

Two things happen as a result of successfully activating the Reticular Activator: 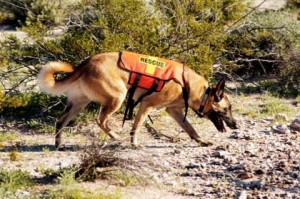 Does it always pay off? Yes… in a way. Some hunches turn out to take me to seemingly bad places, but eventually they turn out to be the real deal…

One of the paths that opened up was in an Osho meditation (I give it to you at the end of this article): the 6th in the meditation series, the lesson is about living dangerously.

Osho says that unless we live life in the moment, accepting the danger of that, we experience being safe, small, bankrupt and dead.

Now, the big stuff you do to avoid growth is obvious… and I don’t want to write about that. The big stuff is staying on the footpath, saying no to risky experiences, saying no to try on a new group, a new sport, a new course.

You can feel that you are shrinking, so you don’t need me to guide you: you’ll do what you do, say yes, say no… and you know it.

This article is about the things you unconsciously do to stay small, to feel safe, remain small, bankrupt, and feel dead. 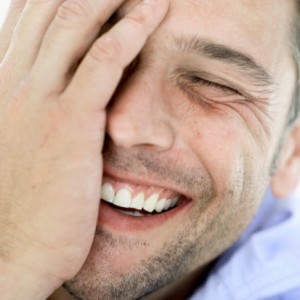 Let me return to the student… I’ll demonstrate it through her (and maybe through some other students as well), your job is to find at least one way YOU keep yourself “safe”.

The student in question is around 50 years old. When she was in elementary school, the boys used to tease her that she was ugly… Her response to that was to be embarrassed and giggle.

She is still embarrassed all the time, and she still giggles.

That embarrassed giggle keeps her from having to own her power, from having to stand up for herself, from being all she can be… being in the face of no agreement. It’s a small, automatic thing… seemingly insignificant, but just like a tiny pebble in your running shoes, it is debilitating so much, that you can’t run with it.

Interestingly, last night I was on a webinar, and the creator of a product I have already bought behaved the same way. I muscle tested her vibration and it was 100… WTF? She had to giggle, talk like an embarrassed little girl. And while it was seductive when she was 13-14, it is disgusting now. I had a strong inclination to return her product for a refund. Just because of that giggling! 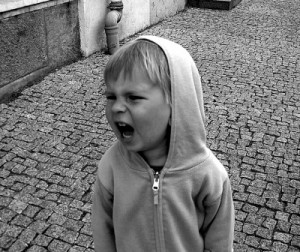 What we see here is how aspects of your put-together identity keep you the same, keep you playing small, color inside the lines, and feel life slipping by.

I bet your first inclination is to fix it… to catch it and stop the behavior… But behavior like this goes deeper than what’s on the surface. It is based on an unreality, a delusion, a fundamental decision that you made, early on, that there is something wrong with you. And you were trying to fix it then… and have been fixing it ever since.

What if there was NEVER anything wrong with you? Could you stop fixing it now?

I am posting the particular meditation here, so you can have an experience of what Osho says about the same thing.

In the audio, if you can feel it, Osho comes from no emotion. The meditation leader, on the other hand, is experiencing trepidation, fear, anxiety, no peace.

I have listened to a lot of guided meditation audios in my life, and nearly all the “leaders” are faking it… they want you to experience something that they are not able to.

Just do the meditation… it can be useful. If nothing else, it will return you to your body. And if you could add just one “little” thing: notice that if you try to do it from the mind: it doesn’t work. But if you step back, and allow the Watcher, the Observer, to do the watching, you can do everything the meditation asks you to do.

Make that the center of YOUR meditation… experimenting what it’s like when you do it from two different places.

You are building a capacity with this. When you are able to watch the world from the Observer’s position, the little “ticks”, the little destructive habits invented by the identity, won’t come on… and little by little you’ll learn that your identity is false: it was created, by you, to keep you feeling safe, small, bankrupt, and feeling dead.

Here is the 6th lesson in the 21 lesson Osho meditation series, for you. Enjoy

and here are the instructions for what to do

One of the most useful conversations you can have with me is a conversation inside which I pay attention to what are the identities, personality traits, behaviors you use to keep yourself from growing and keep yourself safe.

I rarely if ever offer private calls, but if you want to have a conversation where I introduce this whole topic of how and when you invented how to be, how to avoid what you didn’t want, and how to get what you wanted as a child… and how you can reshape your personality and your behavior so you can actually get what you really want: a successful, productive, and joyful life… I am offering a Saturday webinar (May 8 2 pm)… to teach you how you made up the personality that may served you as a child, but now it definitely doesn’t serve you.

4 thoughts on “The personality habits that keep you feeling safe, small, bankrupt, and not moving”