In the nights to come, I expect you will dream of creatures like fiery monsters, robot warriors, extraterrestrial ghosts, and zombie vampires. But here’s the weird twist: They will be your helpers and friends. They will protect you and fight on your behalf as you defeat your real enemies, who are smiling pretenders wearing white hats. Dreams like this will prepare you well for events in your waking life, where you will get the chance to gain an advantage over fake nice guys who have hurt you or thwarted you.

I am a rough and tumble Hungarian/Israeli/New Yorker.

Most people, especially in the South, California, Canada, and Australia, people think I am a little too rough, to straight forward, bordering on rude and arrogant. You look at everything from the limited perspective of the human mind. If I needed to create an imagery for you, it’s like wearing a narrow beam flash light on your head: the beam is about 5 degrees wide.

You see in the lighted area of all-of-it what you already know. You see nothing outside of it… and what seems to be lurking in the semi dark areas of all-of-it looks like threatening shadows…

You try to judge everything from what you can see… that 5-degree slice of reality.

Everything I say is probably outside of that reality, outside of your reality. You are screwed, in a way, because the only way to decide if what I say is true or not, is to try it on.

But trying it on needs you to trust yourself. Not me, yourself.

And you are short on trust for yourself in that department, because your track record, probably, says the opposite… actually it screams the opposite. “You can’t handle it!” “Don’t go there!” “Danger, danger!” screams the mind, because mind isn’t interested in anything outside of itself.

Few are the brave souls that dare to step over that invisible line to explore and decide for themselves.

I honor and respect them for that, regardless of what they decide. 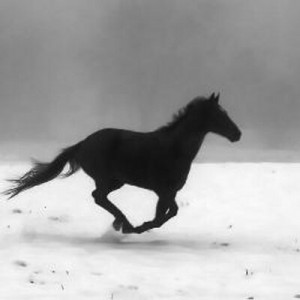 Some have been doing it for years, and their growth is undeniable. Some are trying their wings every day, and keep on trying them… every day getting a little bit of reality discovered.

Very moving, indeed. Not unlike watching the birds teach the little ones to fly… My three birdbaths smack in front of my computer give me plenty of opportunities to watch them.

And just like birds, you are destined to fly… the question is, will you let someone help you through the beginning, when you can’t trust yourself, because you don’t even know you have wings.

That is the question.

6 thoughts on “Don’t judge a book by its cover”