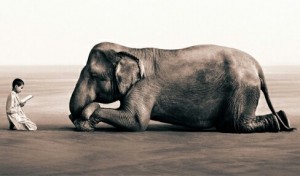 I am working on starting the Soul Correction Coaching Program again… Both individual and group coaching. I am also thinking of writing a “book” on Soul Correction

Since I ran it last time, I managed to learn a lot. One of the things that I learned that people want your time and attention more than what you are selling… or what you think is the best you can give.

The joke in which the guy takes his car to the auto mechanic because the engine runs unevenly. The mechanic looks at it, ask him to add some gas, and then takes out a big hammer, and gently taps a spot under the hood. The engine suddenly is running smoothly.

The guy asks for the bill, and it’s 500 dollars. The guy, upset, yells… Five hundred dollars for five minute work? Oh, you want a detailed bill… here you go: Five minutes troubleshooting: $1, Knowing where to tap with the hammer: $499.

Now, what is most important to get, is that the guy with the car got what he paid for, and yet he is unhappy. He’ll share the injustice with anyone who is willing to listen. Why? Why? Because we want attention. We want to feel like a human being by being given attention.

Which means, we are all in the “giving attention, respect, appreciation” business, however time consuming that is.

I am a crackerjack like that car mechanic: I feel you, I hear you, I have already diagnosed you after half a sentence. 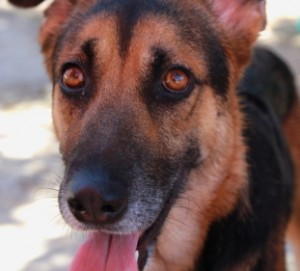 If I interrupt you and give you what you need to do, you’ll leave, you’ll consider me a quack, because you really wanted to be heard.

It is the hardest thing to do…

Men, for the most part, don’t want to hear you… they want to fix your problem, and let you go your way.

Hearing out the other person is torture for most people. Why? I call it survival… I call it stinginess… but what is really going on?

Why? Because you live in an illusion (actually the Ego part of you does) that if you take your attention of yourself, of what you want, of what is important to you, you’ll lose yourself and you’ll die. The Ego thinks that if you appreciated the other: you’d say they are more than you. You’d say that they matter more than you…

And the other is always shortchanged… they wanted to be appreciated, known, listened to, instead they got what you meted them out: what you wanted to give them.

It is Desire to receive For The Self Alone… the definition of evil… or dark side.

I haven’t known a person who consistently allows others to shine, without being threatened, without the Ego Alarm being triggered: Beware, Death Threat.

So what this has to do with the Soul Correction Coaching?

Actually, it has to do everything with my “business.”

Of course, some people experience being respected around me even now, even with my crackerjack hammer attitude… Some.

Having the “Forget Thyself” soul correction, of course, makes me the poster child of the crackerjack… But if my work, on myself, needs to be wholly my soul correction, if I am willing to consider that it is uncorrectable, if I am willing to surrender that it needs to be done or I’ll stay the same, then I need to make some changes… and start to listen, start to hear people out.

Murder, if you ask me. I only hope that it will get easier as time goes by and I will have more experience under my belt.

The first thing I did, inside this “project” is ask the question in my regular Sunday email to my subscribers: “What do you want in your life?”

And then read every answer, really hear what they say, and resist fixing it for them, resist to know what they should want… just hear them.

I got about 40 answers, and most of those people are new to me… we hadn’t exchanged emails before.

Since Sunday I have been having more energy… I guess allowing (just like suppressing) isn’t a pinpoint type of action: you either allow everything or you don’t allow anything. And you either suppress everything or don’t suppress anything.

So, I definitely belong to the “stingy” tribe…

The other tribe is the people who make everything, who make the other, who make what is wrong.

I’ll deal with that tribe and what they do in one of my next post… I am not finished with the stingy tribe just yet, only this post.