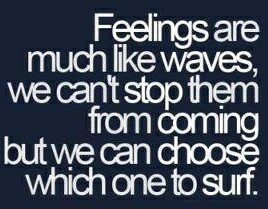 Pick your battles… have an organizing principle

A good 20 years ago I had lunch with a famous seminar leader from Landmark. We had a long history, and she shared with me how unhappy she was, and how ready she was to quit leading seminars for Landmark Education.

I was quite dumbfounded… she was the best in the country, the most effective…

I didn’t have an answer for her… but I was pondering that myself for the past 20 years.


I am re-reading the book Reamde 1. There are many participants in the story… all behaving in a particular way… it is an amazing study of possible behaviors in situations of danger.

I will focus on three people in this article: Sokolov, a Russian security consultant, a hired muscle. Zula, a Midwestern turned Eritrean refugee, and Jones, a terrorist. The rest of the people, for my purposes, are only there for contrast… the background against which the actions of these three are so different that I can see what I need to “teach” to teach the right people, so you and you and you, won’t use your newfound effectiveness for evil, like the people that Landmark seminar leader cried about.

You will either have a life you cause, or you will have a life where you are reacting to external stimuli… You are either a cause or you are an effect.

But what are organizing principles?

We learn, at least in the Western culture of our day, that we can pick something, willy nilly, to organize our lives around. And then we live a life that is joyless, that is life lived in ill-fitting clothes, clothes that society approves.

And because the organizing principles are given to us, they don’t come from within.

Which is to say: you need to heed your inner motivators, the highest but not politically correct motivators if you want to be happy, fulfilled, and live a life that fits like a skin.

Your number one organizing principle should be staying alive. This kicks in when you least expect… For most of you this organizing principle is in competition with the desire to be noticed, to make noise, to be well thought of, to look good… etc. And those other desires make your room to be smaller and smaller… I won’t address this specifically now, I’ll do that in another article.

What is special about the characters in the book, Reamde, is the economy with which they act throughout: as if they were crystal clear about their Organizing Principle, AND have learned to be discerning in selecting the methods and the means to fulfill on them.

For Zula, a twenty-something woman caught up in a hostage situation (or two), being on the side of good, decent, her personal dignity, and her active love for her adopted family are the organizing principles that pull her through with shining colors.

And for Jones, the Black Jihadist, fulfilling on revenging all the injustice, methodically, and in spades, is the overriding organizing principle… and he is overpowered by the desire for good in the world.

It is not easy to find YOUR organizing principle. I thought, for 20 years, that it was goodness that animated me. Then I saw that it’s acting and succeeding in the face of incredible, unbeatable odds…

…but have recently discovered (and it is a discovery process, it’s there, you just need to be able to get in touch with it!) I discovered that in fact what my organizing principle is “stepping up to the plate” and training the ones that are ready to step up to the plate.

Stepping up to the plate… self-actualization is probably the closest others have come to express what it is. But it is really: doing what you MUST do for a seamless, glorious, Human Being life.

We come to life, every action that we take, not enabled to succeed at first: we don’t know how, we don’t have the skills.

So stepping up to the plate includes the courage to be a beginner, the ability to pick your battles, and don’t care about the failures, about others laughing, judging, belittling you… you stay with it until you master it… so you can be effective, and accomplish what you came here to accomplish.

Everything else is not important.

In the old forum, the koan 2 was: “for you: everything is the same as everything else… except not always.”

My new understanding of that koan is, that you think everything deserves the same amount of emotional energy from you… except that, because you never picked your organizing principle, that makes you lost, and living a subhuman life… never fulfilling on your inner commandments, inner commitments, you brought with you when you were born.

This inability to tell the difference between what’s important and what isn’t, what relegates you to the valley of the shadow of death where you are now living…

And when I asked you, a week ago, what you want in life, your answers made it crystal clear to me, that you need to buckle down and start the discovery process, lest you want the rest of your life to be like it has been: vague yearnings, dissatisfaction, and aimlessness.

I could say that the Instant Coherence workshop is for you, but I don’t know if that is true for you…

What you want to do first is watch yourself what makes you weep at movies… it will give you a clue in which direction lies what is most important to you.