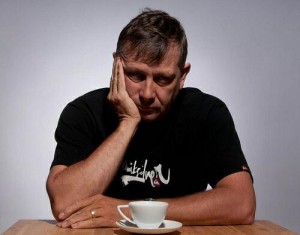 There is a core group of people that come to every class, every meditation, read most of what I write.

You would expect them to rise steadily on the vibrational scale, wouldn’t you? I did.

To my dismay they aren’t. Why not? They are doing the work, right? You say. Maybe even they say that.

No. They don’t. They may pretend to do the work, but the work they do, is not the work to do.

Let me explain: The work to do is to restore the Original Design in your own life, and live it.

Remember, the Original Design comes from the agreement between Soul and Source.

The Original Vessel was created by Source for the sole purpose of receiving its Light. But, after eons of doing its job, receiving the Light, the Original Vessel refused to continue receiving unearned light, aka “Bread of Shame” and said: I want to earn my Light. Source honored the “request and promise” hidden in the refusal, and withdrew its Light. In the vacuum the physical universe started to form: the perfect playground for the Vessel to earn its light. The Vessel broke up to miriads of pieces, and they now are the souls of humanity, the souls that use humanity to earn their Light.

So, to summarize: Source doesn’t have permission to give Light until Soul earns it. Soul earns it by “soul correction” i.e. an act counter to its physical nature. What is physical nature? We could say that physical nature (ego nature) can be expressed in the 38 Bach Flower Energies (the energies of the Bach Flower Remedies): worry, pretense, wanting to look good, be right, win, justify, avoid being responsible, make others wrong, blame, glee, superiority, greed, envy, lust, excess, escapism, etc. etc. etc. a total of 38.

The work to do is to get to the almost totally buried “Self” and live from that. Self is the aspect of you that wasn’t born when you were born and won’t die when you die. Self can be best seen as the part of you that is “divine.” But it manifests itself, without an exception, in a commitment to something higher, a specific higher, consistent with soul correction.

To be able to reveal the Self, one needs to remove the stuff that has buried the Self. Unearth it, buried under weeds, bushes, rubble and soil. Allow it to breath, to start animating you, start waking you up in the morning.

I have a friend who would run for the hills at the thought of a commitment… but in a conversation (we hung up a minute ago) we have unearthed that she does have a commitment to personal excellence. She has been taking the Bach Flower Remedy for a few weeks now… six weeks I think. Now, she is ready to start her work and grow her commitment, grow the Self. Now it is not choked to death by the overgrowth, by the soil, the rubble of failed dreams, etc.

Now, we could have a conversation on how to do her soul correction so she can get Light, and get a lot of it.

This morning she woke up because she didn’t die the night before. Tomorrow she will wake up because her purpose is waiting. Her life will never be the same.

Are YOU ready for that? We’ll see, right? lol