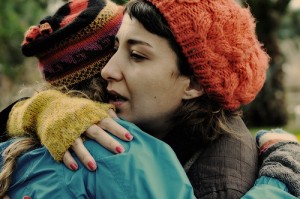 Here is a story I lifted from an email I got. I liked it. Then I got a phone call. And suddenly it had a bigger lesson than what the original story teller meant to give you. Read the story and then my lesson…

There is a story about a coup d’état that took place in a small kingdom. When the soldiers came looking for the king to kill him, he fled into the city and hid in a tailor shop. Immediately recognizing his important guest, the tailor, without so much as a question, shoved him under a large pile of clothing.

Shortly thereafter, soldiers stormed into the shop, swords in hand, shouting, “We know the king is hiding here!” Stabbing the pile of clothes repeatedly, they missed the king by mere inches. Finding nothing, the soldiers stalked out and into the next shop.

When the king emerged from under the clothes, he said to the kind old tailor, “Thank you. You saved my life. For this, I would like to grant you three wishes.” Surprised and excited, the humble tailor thought for a moment and asked, “First off, when your power is restored, I would like you to declare a National Tailors Day. Secondly, all tailors in the kingdom should be paid double. And thirdly…” he paused for a moment before saying, “I must say I am curious. I want to know something: How did you, the king, feel when these people were trying to kill you?”

“Done,” declared the king, and with that, he left the tailor’s shop.

The coup failed, and the king was returned to his throne. As his first order of business, he announced a National Tailors Day, also proclaiming that all tailors in the kingdom should be paid double. Then he ordered that the tailor be arrested and brought to the gallows. Terrified and bewildered, the tailor couldn’t imagine how and why he was being treated so badly. The noose was placed around the tailor’s neck, but just before the lever was pulled, the king intervened and shouted, “Release him!” The tailor turned to the king, still shaking with fear. When their eyes met, the king said quietly: “Now your third wish has been granted also. You now know what it feels like!”

The point of this story is that we may think we might know what others are going through, but until we walk in their shoes, we really don’t. This is why, when we are faced with a difficult person, it is wise to be compassionate and accepting.

This week, let’s remember that real spiritual growth happens when we grow our empathy, our ability to feel another’s pain. How? By opening up our hearts to care, rather than our minds to judge. After all, there is so much good in the worst of us and so much bad in the best of us that it ill behooves any of us to find fault with others.

OK. That was the original story. Heartwarming, educational, and will make absolutely no difference. I promise.

It won’t even ruffle any of your feathers… nice, smooth, New Agey… luv stuff.

Don’t expect of me to continue in the same tone: I won’t. I am here to ruffle feathers, to stir up the pot, to point out what you don’t want to see… in one word: to cause something, instead of being part of the conspiracy of making nice-nice.

So this is what happened after I read this quote:

A friend of mine, really a client who I talk a lot to, has been dying for 4-5 years. About 30 years ago she wanted breasts, so she had herself injected with silicone.

It wasn’t known at the time, but that is a death sentence. It causes lupus, it causes your kidneys to fail, cancer in nasty places, lung, heart… you name it.

The regimen I recommended and often financed for her has kept her alive for all these years, but, unfortunately, she has found a way to get medicaid, and a “compassionate” doctor, and now she is under doctors’ care, and she is dying.

She was rushed to the hospital on Friday. She got lucky: a heart specialist figured out that her “compassionate” doctor gave her bad medication, and that’s why she had a blood pressure so low she was incoherent.

Today she called me that she managed to squeeze an interview out of the system for treatment that will cost us hundreds of thousands of dollars.

Then she was whimpering: “I can’t even get up. I am soo scared! I deserve more. I can’t die until I get what I deserve! Baaah Baah Baah”

Hard for me to hear. So I told her that she didn’t deserve anything. We just discovered how to earn something, and she has earned nothing. So she should just settle down, and be quiet, she is having coming to her what she earned: nothing. And so do I. And so does everybody.

“But,” I said, “you could consider every minute you live, every breath you take a gift, because that is what it is. You didn’t earn it.”

That made her think for a minute, but she kept on wanting “compassion” from me. “I am scared” “Scared of death? Death is easy, living is hard!” I said. More crying, more pleading, so I said “I can see that the expression “how you do anything is how you do everything” is also true here. You are dying exactly the way you lived…”

Obviously she got what I meant because she said “You bitch!” And we laughed. She is better now, she came out of the self-pity.

Is compassion our secret weapon to allow people to stay the same, to be miserable, to allow them to make others miserable, life miserable, be takers, and demand that we pay for their life with ours?

If that is what compassion is: count me out, please.

You see, being an empath gives me a leg up: I do know what you are feeling: I am feeling it when I am talking to you. Wretched, I must tell you.

And knowing that ALL OF THOSE FEELINGS, every one of them, come from a character flaw makes it impossible for me to just watch people suffer. But the common usage of the word, compassion, makes you leave them in suffering, while secretly being happy that it isn’t you at this juncture…