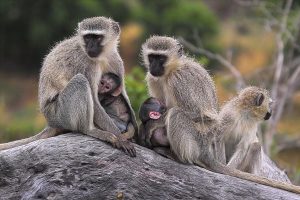 I have mentioned in another post that I am re-reading the book, The Tipping Point. It’s a brilliant book and it talks about something that is very very relevant to the work we are doing here. The work we are attempting to do…

It’s about raising the vibration of humanity, taking humanity, or at least a small group, to the next evolutionary stage.

With the current level of evolution, humanity is not capable of bringing in the age of “Heaven on Earth”, also known as “The Thousand Years of Peace.”

This article is about what is in the way (the single most important obstacle) and how to go about removing it.

The following quotes are from Malcolm Gladwell’s bestseller, The Tipping Point.

If I asked you to describe the personality of your best friends, you could do so easily, and you wouldn’t say things like “My friend Howard is incredibly generous, but only when I ask him for things, not when his family asks him for things,” or “My friend Alice is wonderfully honest when it comes to her personal life, but at work she can be very slippery.” You would say, instead, that your friend Howard is generous and your friend Alice is honest. All of us, when it comes to personality, naturally think in terms of absolutes: that a person is a certain way or is not a certain way.

Why do we make this mistake? It’s probably the result of the way evolution has structured our brain. For instance, anthropologists who study vervets find that these kinds of monkeys are really bad at picking up the significance of things like an antelope carcass hanging in a tree (which is a sure sign that a leopard is in the vicinity) or the presence of python tracks. Vervets have been known to waltz into a thicket, ignoring a fresh trail of python tracks, and then act stunned when they actually come across the snake itself.

This doesn’t mean that vervets are stupid: they are very sophisticated when it comes to questions that have to do with other vervets.

The same is true of humans.

The psychologist Walter Mischel argues that the human mind has a kind of “reducing valve” that “creates and maintains the perception of continuity even in the face of perpetual observed changes in actual behavior.” He writes:

When we observe a woman who seems hostile and fiercely independent some of the time but passive, dependent and feminine on other occasions, our reducing valve usually makes us choose between the two syndromes. We decide that one pattern is in the service of the other, or that both are in the service of a third motive.

She must be a really castrating lady with a facade of passivity – or perhaps she is a warm, passive dependent woman with a surface defense of aggressiveness.

But perhaps nature is bigger than our concepts and it is possible for the lady to be a hostile, fiercely independent, passive, dependent, feminine, aggressive, warm, castrating person all in one.

Of course which of these she is at any particular moment would not be random or capricious – it would depend on who she is with, when, how, and much, much more. But each of these aspects of her self may be a quite genuine and real aspect of her total being.

Character, then, isn’t what we think it is or, rather, what we want it to be. It isn’t a stable, easily identifiable set of closely related traits, and it only seems that way because of a glitch in the way our brains are organized.

Character is more like a bundle of habits and tendencies and interests, loosely bound together and dependent, at certain times, on circumstance and context.

The reason that most of us seem to have a consistent character is that most of us are really good at controlling our environment. I have a lot of fun at dinner parties. As a result, I throw a lot of dinner parties and my friends see me there and think that I’m fun. But if I couldn’t have lots of dinner parties, if my friends instead tended to see me in lots of different situations over which I had little or no control – like, say, faced with four hostile youths in a filthy, broken down subway – they probably wouldn’t think of me as fun any more.

The issue we, humans, homo sapiens, are dealing with when it comes to soul correction, or earning our light, is that we can’t tell the forest for the trees. We are not even looking!

So what is the issue?

There are several issues here:

The reducing valve the psychologist is talking about above is going to keep you in a low evolutionary state.

If you can’t or won’t start to relate to yourself more than just a fixed character entity like a sculpture, or a car, your chances of earning the light are slim.

You will stay reactive, and you will stay covering up and hiding your shadow side from yourself, the part of you that doesn’t fit with the nicely put together “character” that you show to the world.

The crucial word for this myth to be pulled is the word “is” in any grammatical form.

But we relate to them as truths, truths that we can beat, or can’t beat.

The other day I hitched a ride with Charlie. I was complaining about American drivers not knowing how to drive, stopping for 15-20 seconds at the “all-way” stop signs, looking deeply in the surrounding streets waiting for some vehicle to show up. How moronic.

I was triggered by Charlie doing that. I myself, when I drive, I stop for a second because it is the law, and drive on, if it is my right of way… duh.

So, what did Charlie do next? He started to drive so fast, that when he needed to turn, he almost had an accident… all to prove that he is a good driver and not slow like other American drivers. lol.

Which illustrates the “reducing valve” even more… instead of being appropriate to the situation, he heard “slow” so he fixed that for a moment, at the potential expense of two vehicles’ and three people’s safety.

Seeing the python trail, the hanging elk carcass, the right of way, the reason someone is angry, whether our spouse is attacking us or just vent some frustration, etc.

Until you add the capacity to see more, your vibration will stay where it’s at. Low. And the Planet is going out in a handbasket.

Can you do it?

Well, you have the equipment! It’s up to you to use it.

Most of us are like the person, the computer user who bought the best and fastest computer on the market but uses it for emailing and facebook only. The superior speed graphics card, and video card, and 16 GB of ram are completely wasted on him.

Or the Lexus owner who slows down to 5 miles an hour to take a turn: they think they are driving a car that can’t turn at 15 miles an hour. The car and its superior build is wasted on them.

But, of course, the opposite is frequent on my webinars too: the guy whose computer is 7 years old, has never been “cleaned” and takes 30 minutes to start up.

The key is to be appropriate: but for that you need to have a wider cone of vision: you need to be able to stay out here and take the world in. And allow your brain to pick a solution that will be more appropriate than what your stored memory solution would be.

Of course, increasing your powers of observation is key. But for that you need to look… Yeah, bummer, eh? without looking you won’t see anything. Looking inside won’t do much good: you need to look outside…!!!

The famous color exercise is a good way to start

Pick a color you want to use for this exercise by finding it in your environment, a book cover, a flower… anything. Commit it to memory by starting to find the same color in your immediate environment. Don’t do it from memory yet… take the original item with the color with you, and compare it every time. Make sure you don’t name the color, of if you must: it is a shade of let’s say red… but you are not looking for red, you are looking for that exact color. Then, for two weeks you try to find it in your travels… while you drive, walk, on the computer screen, on TV, while you are talking to someone, while you are watching a movie.

Once you are good with colors, you can graduate to facial expressions, to expressions of impatience, or contempt, or haughtiness, or distaste, or surprise… Or distinctions, like racket, like perpetration/withhold, like attitudes, like payoffs… etc.

You can do this continuously till you die and won’t run out of raw material. I have… and I am close to my expiration date.

It will make the crucial difference for your evolution as a human being.

The next evolutionary stage of humans will have NO ROOM for the kind of person you are now.

The movie, The Planet of Apes was warning you about that! It’s time to wake up and start, in earnest, causing your own evolution.

OK, PS, written 8 years after the original article was written: The capacity to see.

I call it The Sight capacity. I can turn it on in your DNA, but it won’t stay on unless you pick a practice to look. Not inside. Not at anything where you have a vested interest. Something neutral. I went out for the first time yesterday since March 3rd.

I badly needed a haircut. I asked a mobile friend of mine to drive me to the hairdressers, and then maybe to a grocery store.

I used the time effectively to see the many different face masks, people’s attitude in wearing them, their attitude to the few people who didn’t wear a face mask.

But I could have looked at any other behavior, like how many items a person touches before they put it in their shopping cart.

To how people manage to speak with the mask on. To people’s body language, to how they avoid getting near another person… I focused on one thing only. I saw all the rest, but I only looked at and for one thing.

The Sight capacity is immensely valuable if you can keep it on. It seems that continuously keeping it on for two weeks makes it permanent.

The students who have kept it on for two weeks are doing things that before The Sight capacity were totally out of question, out of character, not likely.

And obviously that is what is important. If you keep doing the same things, you can expect life never to change, never to become your dream life… And that is such a loss… isn’t it?