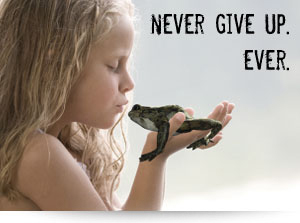 The anatomy of earning your light: a case study

The objective of this case study is to illustrate how I earned another 10 point rise in my vibration.

The language is stream of consciousness. I am starting out not knowing what or how to earn that rise. I am creating it in this article, so if you find the tenses confusing, just hang in there: consider that I am creating in the moment. Re-writing a stream of consciousness “monologue” to a proper English recounting what happened will miss the most important aspect of the process: the truth is unfolding as you speak. So, let’s go, shall we?

Starting point: I have risen my vibration to 970 and then went back to 930. That level is solid and earned, there is little that could lower it again. But life is about raising your vibration, earning your light, so I was interested in doing that, and earning more light in the process.

I know that my Achilles heel, my weak point, my vulnerability is thinking myself too important, my opinion, my standards and ideals something that other people should live up to. 1 But what I didn’t know has kept me a prisoner on this level, and has kept me vulnerable.

The Yew is exactly what my weakness is: it is all about me, what I get out of something, what’s in it for me. (Familiar?) All the while pretending that I am a nice guy, a smart guy, a kind guy, a generous guy, or whatever else I need to pretend to cover up that this whole thing is about me.

Who am I pretending to? Everyone, but most importantly, to myself. I hide it from myself. And remember, what you can’t see, you can’t catch.

But the Yew has been making me miserable. I mean MISERABLE. Suddenly I’ve been feeling as bad as I used to, I’ve been sleeping poorly, I’ve been having vivid and disturbing dreams, I am short, nasty, impatient, condescending, a real step back.

At some point, on Sunday, I was so miserable I considered quitting and going back to just earning a living and leaving this whole connecting humanity stuff to someone who was interested in doing it, because it wasn’t worth it.

Humanity is going to stay the way it is. Bleak outlook. The main emotions are frustration and disgust. And what’s hidden underneath is anyone’s guess.

So, here I am, sharing with my inner group, the empaths. I am not sharing that I am going to quit, I am sharing what is there that makes me want to quit. A tiny little part of me is still willing to see that maybe I can’t see the whole picture.

During the pee-break I pass this book shelf and this greeting card that had been there for years now, falls on the floor. It’s been doing that for the past week. WTF?

So I pick it up and read it for the first time. It reads “If you are going through hell, keep going” Winston Churchill. 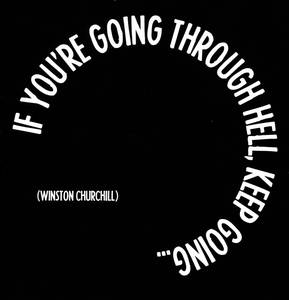 Perfect quote, perfect timing. No accidents here. I am going through hell, and I am considering quitting: how perfect is that?

I return to the call and share it with the group. No accident that this is my core group: empaths are a higher class bunch: they are no strangers to hanging in there: they have been doing it all their lives.

I make a commitment to keep going… but the misery isn’t relenting. Oh, maybe a little bit… but not really.

Lo and behold, this session goes well, until the last minute. And that’s the point where I catch a glimpse of what is hiding under the frustration and disgust. Gotcha!

I didn’t see that who I am is still a function of what the world has to say about me. As if who I am is still that victim, that effect, that can only describe what’s out there, instead of using my sacred word to create reality, create myself. 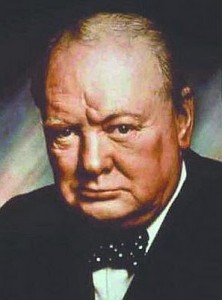 So, who am I? Am I really that “garden variety” guru who tells people: do as I say, not as I do? Disgusting, eh?

There are no shortcuts. There is always another layer to peel.

My frustration, my disgust are about me. It is as if I were saying: ‘what have you done for me lately?’ funny but not funny, you know what I mean?

Hey, it was worth going through hell for this. Now that I have seen it, it is not going to be able to hide any more. It is out in the open, it’s public, and there is nothing it can do about it. Will it go away for good? Hell no, this is my soul correction, it will NEVER go away! But I can tame it. Some of the time, most of the time… but the feeling, the wretched feeling will never go away. Just it won’t come out of my mouth, it won’t contort my face… at least not all the time.

If I’ve caught it all, you’ll magically start doing the right thing, dear reader. But my hunch is there may be another hell I will have to go through real soon. Or many…

Because, surprise, as long as it’s about me, no one will listen to and heed my advice. You can’t… because I am in the way.

Back to the call: I am about to admonish one of my students. Then another one remarks: you are frustrated, Sophie… I hear it. Bells go off. I change gears. Frustrated is about me, and that is not a good place to speak from. She will feel threatened, forced, and will resist, as always.

I change what I say. It will either work or it won’t. She will either have a breakthrough or she won’t. I will get the feedback on how I am doing containing, taming my beast, no matter what happens. But one thing is clear to me: unless I can get to her side (instead of being concerned about me) she won’t do anything that is good for her.

And I will still be a failure as far as causing the evolution of the planet… and that is not what I intend to be.