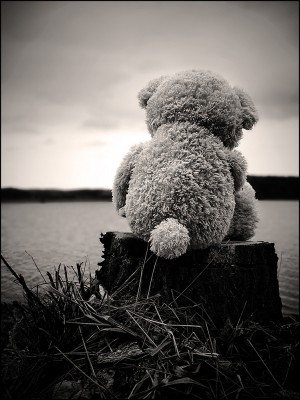 Alone is one of the itches we identify on my Itch.

An itch is something that you want, desperately, to come to you, from the outside. But even when it does, it doesn’t do it for you, it doesn’t scratch the itch. Only you giving what you want scratches the itch.

The perfect example is the fireplace: you want heat from the fireplace. After all the fireplace is supposed to give you heat and coziness, and romance, and a sense of home.

But in real life, you need to feed the fireplace, before it will give you heat… let alone cozy and romance and a sense of home.

When you have Alone as your itch, you are always disappointed, because no matter what you do, the alone follows you, like your shadow.

The counter intuitive nature of reality

I have had this “alone” itch for a long long time, maybe always. And no matter what I did, it was still there… painfully.

Something shifted back in June. Instead of complaining, I decided to do something about my need. I contacted a long time buddy of mine, and asked if he were willing to partner up with me. Not in a business venture, but in supporting each other.

And since June we have been talking at least once a week, and for the past month every other day.

In every conversation we made sure that neither of us hogged the time. Finally, we got to a place that the coaching paid off for him: he slowly but surely managed to get himself out of the “ditch” or rut, the kind I talk about my no guts no glory article.

And today, for the first time, I experienced what I wanted to experience all my life: I am not alone. I have fed the fireplace enough that finally what’s coming out of it is giving me warmth, support, someone to be accountable for, someone to be proud of me, someone to care about my stuff, about my success, about me.

Amazing feeling. New to me. Something to write home about

So what was the difference between all earlier attempts and this one?

The most important difference, as usual, was in the invisible realm: the context.

The context was mutual support. All my previous attempts were me giving support, there was no mutuality, and even when the other tried to reciprocate: I was not open to it.

So, when I said: mutual support, unbeknownst to me, I opened myself up to be supported, I DECLARED myself a willing recipient, and when the occasional tightness, resistance came up, I allowed the context to guide me, instead of my machine: I allowed the other to contribute. I may even acknowledged the value of the contribution

For a long time it was more courtesy than real… real as in “feeling the value of the contribution.”

“Everybody wants to contribute, no one wants to be contributed to” has been really true for me: “I am smarter, I know more, I provide value…” all that arrogant stuff covering up fear of… I don’t even know fear of what… of being less? of being no one? Who knows?!

I got to the other side of that fear, and now I can accept contribution, at least from this guy, and I feel not alone.

Isn’t it totally counter intuitive how it works? I think so!

Try it. Be willing to give a few months (it was five months in my case! don’t forget!) to finally get what you want. Don’t expect instant results: that is not how it works.