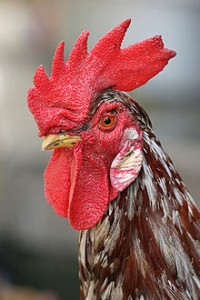 Sometimes it overlaps with what you know that you don’t know, but mostly not.

All breakthroughs come from that 99%.

Sometimes good things happen to us, out of the blue, but we don’t call them a breakthrough. If we did, we would be in “trouble”, like the rooster in the joke.

Here is the joke: it is dawn and the dog observes that the rooster is sleeping in the hen house. He goes and nudges him, saying: “Rooster, aren’t you supposed to greet the sun?” “Oh yeah,” says the rooster, and gets up, staggers to the middle of the yard and does a wimpy “cock-a-doodle-doo” and heads back to the hen house.

“What was that?” asks the dog. “Is that the best you can do?” “All right, all right,” says the rooster, and belts out a really magnificent “cock-a-doodle-doo.”

“How was that?” he asks the dog proudly. The dog answers: “Here is the good news: that was great. But here is the bad news: you have to do it every morning.”

As you see, once you know what you can do, and acknowledge it as YOUR result, now you have to do it all the time.

Human beings shy away from any obligation or commitment, even if it is going to make their lives better. It is the passive nature of human being, the one that is on the level of the animal kingdom. The lower ego…

Let’s see what you need to be together to have a breakthrough:

If any of the three conditions are missing, then it’s not a breakthrough and you are off the hook.

So here is a potential breakthrough that failed to become one, by one of my students.

Maria has been helping me on the site: although her mother tongue isn’t English, she is an excellent proofreader. As soon as an article is published on my site, she goes, reads it, and sends it back to me with the familiar red marks all over the place… and believe me there are red marks. I am especially grateful for the remarks that say: Not clear.

If it is not clear for Maria, it won’t be clear for people who know my work less than her… so I rewrite it.

Now, if you know me, I am too busy and too focused to take time out to acknowledge pretty much anything other than a big mistake. Hey, I am a Virgo! lol.

After a few months of doing this work with scarcely any feedback, she was starting to grow resentful. My feedbacks became even more scant… I was avoiding her.

Finally in one of our classes she expressed, part of a homework, how she felt. She wanted to quit, but I suggested that that wasn’t a solution: she would just do it again in another relationship, and I asked her to make an agreement with me, whatever that might mean.

To which I answered (Listen up, the secret of breakthroughs is revealed in my answer!!!) is that she should look at the fact that people are leaving messages NOT about my English, and typos, and that my articles don’t make sense, but about the results they see they can produce. That is HER result. That more and more people come to the connection classes. That is HER result. Making me happy, or get acknowledgment, is a puny result that she shouldn’t want at all. It is below her, it doesn’t match the difference she is making!

She got it, and she said “Wow, I didn’t know that was MY result.”

Do you see that it could have been a breakthrough but it wasn’t.

She didn’t have a commitment to a breakthrough. A breakthrough in what? In her perception of reality.

She thought that when you do work for someone, the value of the work you do is only value for that person.

My answer shifted her CONTEXT.

Let me explain, with a story, how you can shift YOUR CONTEXT without having to go through hell like she did.

Werner Erhard, pretty much the first self-actualization guru, lived on a house boat in California. He had a butler that took care of his environment.

This butler had grown very unhappy, and was a real pain to have around: he did his duties disgruntled and with a long face.

One day Werner couldn’t take it any more and asked him what that was about. 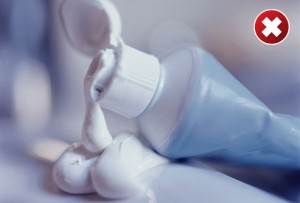 The anger and the bitterness spilled out of the butler. “You never put the cap back on the toothpaste tube after you brush your teeth!” he yelled. Obviously it really bothered him.

Werner looked surprised and asked the butler: “What is your job here?” “To keep the place clean and organized.” answered the butler.

Ok, said Werner. Let me tell you the story of the three stone cutters: 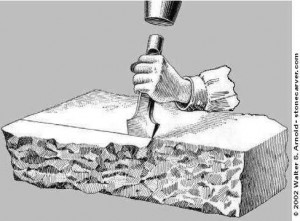 One day a stranger visited a stone quarry. He approached a man who was working on a big stone. “What are you doing?” “I’m cutting stone. It’s dull work, but it pays the bills.”

A second stone cutter responded, “I’m the best stone cutter in the land. Look at the smoothness of this stone, how perfect the edges are.”

A third looked deep within, and said, “I’m building a cathedral. This stone I am cutting is going to be part of it…”

So, Werner asked looking at his butler: “you need to replace the cap on the toothpaste every time I brush my teeth. What are you building with that?

“I am building a clean bathroom…” answered the butler still unhappy.

“OK,” answered Werner. “And what are you building with a clean bathroom?”

“I am building a clean and organized house…” said the butler.

“And what are you building with a clean and organized house?” asked Werner.

“I am building a place where you don’t have to pay any attention to the house, you can just work.”

“And what are you building with that?” asked Werner.

So what changed? Nothing, seemingly, but the mood of the butler was not the same.

What changed is the context of his work. By putting the darn cap back, he was building a world that works for everyone.

Another student of mine is sending me big donations, regularly. She was hesitant how I would receive it. She said that she sent it because I work for free and I make a difference for her.

After reading this article, I bet she will change that to: “I am building a world that works for everyone, and this is how I do it.” Can you feel the difference it will make in her self-image?

Will she be lying? No.

Context is either default, perpetuating your victim stance, or invented, and starting you on the path to bigger and better things.

No context is true or false: all contexts are invented, even the default ones. You just don’t remember inventing it.

When you participate in my programs, the most important thing you can learn here is to invent your own context.

And watch life changing as a result.

Invented context is probably the most powerful way to poke the box.

Whether you can hear it or not, a context is a commitment. It both makes things happen, and it alters your perception of you, others, your life, what you can and can’t do.

It’s the biggest hammer I can give you for your toolbox.

What changes when you do the Unconditional Love Activator, is the context of your life, by the way, that is why it’s the most amazing activator I offer to date.

This article is getting too long… Watch out for the next part: Breakthroughs Part 2.

4 thoughts on “Breakthroughs: how do you cause them? There is a science to causing breakthroughs! Learn it!”