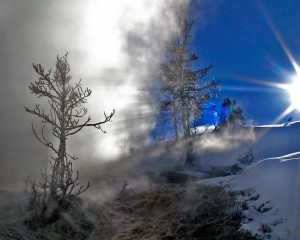 Heaven and Hell… Heaven on Earth… Can you get to heaven while living on earth?

Let me start with a story from my favorite novel, The Journeys of Socrates:

…a proud and hot-tempered young samurai who routinely cut down any peasant who gave the least offense. In those days, samurai were a law unto themselves, and such behavior was accepted according to custom.

But one day, after another killing, as he cleaned the blood from his blade and returned it to his scabbard, the young samurai began to worry that the gods might disapprove of his actions and send him to a hellish realm. Desirous to know about eternity, he visited the humble abode of a Zen master named Kanzaki. With expected courtesy, the samurai removed his razor-sharp katana (sword) and set it alongside him, bowed deeply, and said, “Please tell me of heaven and hell!”

Master Kanzaki gazed at the young samurai and smiled. Then his smile turned to raucous laughter. He pointed to the young warrior as if he had said something hilarious. Wagging his finger, still laughing loudly, Kanzaki said, “You ignorant bumpkin! You presume to ask me, a wise master, about heaven and hell? Do not waste my time, idiot! You are too stupid to possibly comprehend such things!”

The samurai’s temper flared to the boiling point. He would have killed anyone else for even pointing at him in such a way. Now he fought to restrain himself despite these insults.

Master Kanzaki was not finished. He remarked casually, “It’s quite clear to me that not one of your lineage of louts and fools could understand a word-”

A murderous rage came over the young warrior. He grabbed his katana, leaped to his feet, and raised the sword to take the Zen master’s head-

In that very moment, Master Kanzaki pointed to the samurai and said calmly, “There open the gates of hell.”

The warrior froze. In that instant, a light illuminated his mind, and he understood the nature of hell. It was not a realm beyond this life but within him now. He dropped to his knees, laid his blade behind him, and bowed deeply to his teacher. “Master, my gratitude knows no bounds for this brave lesson you have taught. Thank you. Thank you!”

Zen master Kanzaki smiled, pointed to him once again, and said, “There open the gates of heaven.”

Or maybe it is all of us. Looking for heaven and hell outside of us. 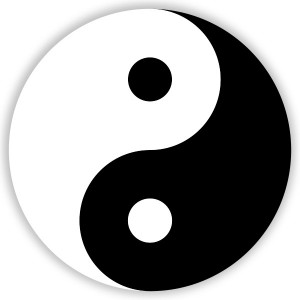 What am I talking about? What I am saying is that heaven is in you, and hell is in you.

At this point, if you are like most people I speak with, it is about 2% heaven, 30% “I can deal with this” and the rest is hell.

I had my hell moment today. As an empath I experience hell a large part of my day, whenever I feel someone’s feelings. But today it was my own feeling. I identified it as grief.

What happened is that I stepped on the scale this morning and the scale has climbed up another half a pound… and that means that in one week I packed on five pounds. It started with me buying a bottle of milk for my tea… I should have known better, but I forgot. Milk is my enemy.

The grief was almost unbearable. My mom died 17 years ago: the grief I felt then was about the same… talk about disproportionate feelings. 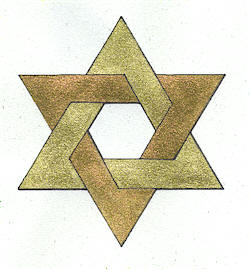 Is that normal? Oh yeah. Judging from the feelings people go through in a brief conversation with me, it is quite normal. I feel for them. I would never like to feel what they feel 24/7… it feels like hell, and it is.

So what is a normal person supposed to do to get out of hell?

When I started this journey 27 years ago, the sentence that most inspired me was “a world that works for everyone, with no one left out.”

I knew that in a normal world I was one of the people left out, left behind.

As an unconscious empath I had hell raging inside, and no amount of work could stop it from raging: work just made it bearable. So I worked and slept only a few hours, giving hell only a few hours of chance to take completely over.

I also participated in and coached transformation: it was a full time job to control the burning hell inside.

I had tried valium, I had tried (lol) being shocked out of my misery. Neither worked. I was still an insomniac, angry, impatient, self-righteous, and suffering from horrible anxiety attacks.

The medical establishment will give you highly addictive medication that will have side effects. And unless they numb you completely, so you won’t even feel what you should feel to save your life or make it worth living, like excitement, ambition, encouragements, and the good stuff that is the stuff of life, you will still feel most of the hellish feelings, guaranteed.

Therapists will get on your payroll, and ask you to recount all the reasons you feel that way. This way they effectively make you a meal-ticket for life for themselves: the therapies people do make them feel worse.

Alternative medicine practitioners sell their ineffective wares… and hope you will be a patient for life.

So what do I sell, you ask? You are very astute, I do sell something.

I sell a simple remedy, called Heaven on Earth. If you took it to a lab, there is nothing in it but pure water and good quality brandy.

So why does it work? Because working it does. Brilliantly.

It works because it is precise. It works because the hellish emotions you feel have a very precise energetic “fingerprint” that can be, and was duplicated as an energy that can be infused in a carrier (liquid). When the exact energy meets the hellish feeling, they do what all waves do (energy is always a wave!). If two waves with the same frequency are superimposed, they either add up to a stronger but same frequency wave, or waken or even annul each other.

This is the principle of the headphones they sell for a lot of money that allow you to listen to music without the noise of the enivronment on airplanes.

Each energy in the Heaven on Earth is the exact same as the feelings you can have: 39 distinct feelings in all.

You take it in your water, tea, coffee, or straight from the dropper-bottle.

And miraculously the anger, the anguish, the anxiety, the fear, the hesitation, the tiredness, the discouragement, the overwhelm… 39 feelings in all, get either weaker or disappear as long as you take your remedy.

Is it addictive? No. Is it expensive? No. Is there anything like that on the market? No.

I have hired a writer to help me convey to people how great this remedy is.

To make him appreciate what he is writing about, I sent him a bottle in the mail. He has been taking it for about 10 days. He calls it the miracle medicine. He is now thinking of getting off coffee and his panic attack medicine he feels so strong, so well. And I am witness to it.

As an empath I have a comparison how he felt two weeks ago, and how he felt today. Today he had a brief, maybe two minute bout with anguish and he had a reason to: we talked about it.

Two weeks ago there was no break in the bad feelings: it was hell for the whole duration of the phone call…

He is now contemplating “selling the idea” to his wife. He is a nurse, so she is a tough nut to crack, but I am sure that if he succeeded he would start to create Heaven on Earth in the family as well, not just personally.

Now, that is priceless: heaven inside and out. That is the goal.

PS: I am offering a special on the remedy, either till the end of April, or till the 100 bottles are gone… whichever happens first.

2 thoughts on “Heaven and Hell… Heaven on Earth… Can you get to heaven while living on earth?”