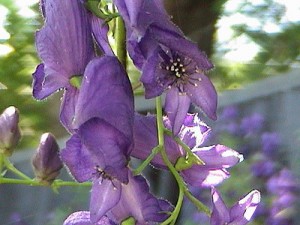 The 40th Bach Flower Remedy: The Peacock: The Soul’s Death-Grip for Soul Correction

Yesterday, on the afternoon connection call, a woman from Sweden, brand new person came to the call with that particular pain. Smack on the top of the Seat of The Soul… mimicking angina attack, very strong, very painful.

It didn’t respond to the Heaven on Earth, so I knew it was new. I also knew I had experienced it before, in fact I had it for years, until the time when I started to do my soul’s work, in earnest, a few years ago.

You don’t really experience it until your vibration hits 300… that is why it has never been present on the calls.

What is this energy, and why do I call it The Peacock? 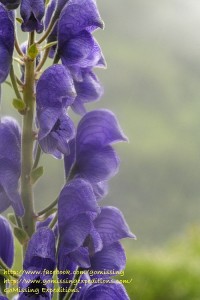 It’s really the energy of a poisonous plant from the Himalayas, Aconitum ferox 3 is the Latin name, (Indian Aconite) and it’s a plant with lovely blue flowers resembling little hoods, therefore the common name, monkshood. It’s beautiful except that it’s poisonous. And peacocks love it. They eat it and transmute the poison into beauty.

We can’t talk to anyone who has taken it, because they are dead, but I bet they felt that excruciating pain under their left shoulder I felt last night, and feel when I look at the flower. 4

There is not much to say, really. The soul is your partner, the soul is your fellow traveler, but if you don’t do its work, and you could, it can make you suffer.

A friend of mine needs to catch that he wants to justify everything: noticing and catching himself makes him feel wrong in the moment (the pain and the poison of the peacock); getting out of the machine to be peaceful and free is the purpose. 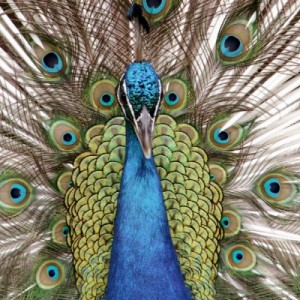