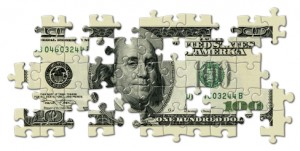 The $100 loan and other distinctions

In 1998 I needed a major surgery. I had been ill for almost a year then. No insurance, no money, no family.

I had a magazine that was just sitting there: I wasn’t well enough to actually do the work and publish new issues. My staff long gone, I was silently dying. I was losing blood at an alarming rate, and my mind was going foggier by the day.

An advertiser of my dead magazine decided that he was going to be good Samaritan, and sent a limo to pick me up to take me to his friend who owed him a favor.

The friend, a surgeon, immediately took me to the hospital and had me admitted. I needed a surgery, but a gynecological surgery: not his specialty.

The gynecologist refused to operate on me: I was a charity case. She sent me home to die.

My advertising client found out, and sent the limousine again. The regular surgeon found a willing medical resident (a student. The hospital was a teaching hospital…) and the two of them, two non-experts operated on me for three and a half hours: it wasn’t an easy job.

I came out of the surgery with a serious case of vertigo, and a major brain damage.

My chances of survival, in a world where you need to make money to live, were very low.

Some former advertisers came and asked me to do some work for them, and I accepted. Another advertiser gave me a $37 advertisement in the state newspaper, and the fees I made were a whopping $100.

That was my starting capital. For 8 months, every night, when I counted my money, I had exactly $100: that is what remained after expenses. But I was alive, and that was an accomplishment. 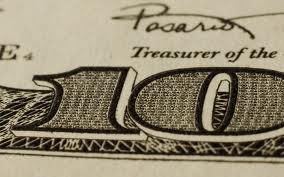 After another 4 years I magically was lead to a method that snapped my brain out of the state where it didn’t know it was damaged. It started to heal itself.

Today I have 95% of my brain back, and here I am, a teacher, an innovator, happy, and loved.

Why am I telling you this story?

Because last night, as I was looking to put my $100 into loans, I saw that several women in the Philippines were asking for a $100 loan. I gave one the whole $100 and wept.

I then checked “my little group”, the ten people that followed suit and accepted my invitation to give a loan to women like I was 13 years ago: give them a chance. I am moved. I am touched. I am inspired by who you are.

Giving charity is saying that you are better, that they are inferior. Wrong mindset.

Giving money to support those that want to fly opens up something in you that is about flying.

Causing flying will cause YOU to fly. Don’t be mistaken about that.

Causing prosperity will cause YOU to enjoy prosperity. The path? Can’t be predicted, but I think this action frees up a part of you that is now too busy complaining that it isn’t given enough, that people don’t love you enough, and turn that part of you into a flying spirit that is willing to do something in the world.

The 2nd phase activators are about that too: free you up so you can be flying.

Congratulations to the ten that heard the call! You’ve started on your journey up.