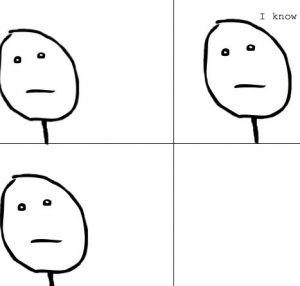 The first and most important bug is KNOWING

In the Bible, in Aramaic, the verb “know” means living with, sleeping with. Intellectual knowing is a different word.

In today’s word knowing is one of those words that have many meanings. The purpose of calling many things with the same word is to cause confusion. A confused mind is easy to control, just ask the “street hypnotists” that make you willingly hand over your valuables, even go home and bring all your jewelry to them… Their method is to confuse the mind… So there you have it.

But until you do what you claim you know and do it at least on a beginner’s level, you don’t know it. 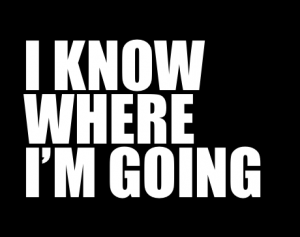 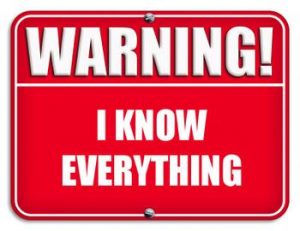 Until you can actively recognize, use, and have the knowledge work in your life, you don’t know.

It’s age three when the child starts to learn that the way to be independent is to say “I know”.

I have seen children refuse help to tie their shoe laces, saying “I know”.

We, humanity, got stuck at age three… and we are collectively paying the price. We want to appear older and more mature, independent and capable, on one hand, on the other hand we are unwilling to be perceived as a beginner, unwilling to surrender to teaching, unwilling to appear less than our perfect ideal of a person, whoever it was when you grew up.

I was lucky, I was considered a moron when I grew up. They didn’t want to teach me something, because who would teach a moron: it is a waste of time, not very rewarding to the teacher. So I was left alone.

I learned through discovery, but I learned deep and I learned to really KNOW things, deep to my bones.

Some things I didn’t learn until much later, but at least I didn’t have to unlearn much crap coming from my unhappy parents. The things I learned, accidentally, from them turned out to be a real obstacle to growth, success, and happiness.

There were things I heard and I only made sense of it just recently: My father said, of course in Hungarian, and I can’t remember the words, but I’ll translate: “Surrender and you’ll get free that much faster.”

When we get to the bug, resistance, I’ll bring it up again.

Why did I start with this bug, Knowing?

Your idea of reading these articles, or Andy Shaw’s Creating a Bug Free mind will be to read it for understanding. But that will lead to “knowing about”, much like knowing about driving, but not being able to drive.

You need to “map” what you read on yourself.

In the beginning your awareness will be small, but everyone starts that way. You need to be willing to be a beginner, a bumbling idiot, a toddler learning to walk.

Eventually your awareness will grow, and you will be able to see yourself and your behavior, your thinking, your habits, your attitudes, more and more.

The methodology of the Bug Free Mind is to shed light to what you do, how you think, how you see yourself and the world, that is insane, incorrect, and not useful to you.

By removing what doesn’t work, by shedding the limiting skins, you’ll get to a place where you can, maybe, even learn something that can take you to the next level.

You have been trying to learn stuff on the top of this infected infested existence, and of course your results were so-so at best.

You’ve been much like the nobles in the age of Louis XIV who put makeup on filth… trying to look clean and pretty.