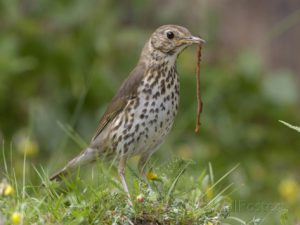 I started to offer attachment removal in 2015, I think. This is one I did today… and I am sharing it with you because there is a great lesson in it, especially if you read Osho’s words I also included:

She: Do I have any attachments?

She: I really feel weak even though I take the activators. I have a friend at work who’s always monitoring me (who am I with, comments all the time on my facebook, befriends my new friends even if she don’t know them, ask me where I am, wants to know my life all the time etc etc). It really drains me and wondering if she’s one of the attachment.
Me:

coworkers can’t put attachments on you, I even don’t know how to do it. Only so called healers, witches, sorcerers can do it… it is a kind of voodoo

UPDATE: since I published this article, originally, I have found that there are “jumping”, infections attachments that jump on you if you connect, energetically, with someone. And then you become an infectious host.

Approximately 10% of people who contact me have jumping attachments. Which means, as soon as I connect to them, they jump on me… so I have to remove it from myself and from them.I can feel the attachment land on me… and I know what it is.The first time it festered for hours and I got really ill.

OK, it will take about 90 minutes.

Me: here are the attachments I removed:

drink a lot of water and rest over the weekend. You’ll need to re-evaluate your attitudes.

If you want to find out if you have an attachment on you, please get your Starting Point Measurements. I’ll also check if you have attachments in that. Here is a link to pay:

here is a part of an Osho talk, that talks to what this client (you?) deals with:

If you have not fought the war within, you will fight it without.

If you have fought the war within and have become victorious, then the war without will cease. That is the only way.

What has happened? What phenomenon has occurred? This man has conquered himself, and once you conquer yourself your fight with others ceases immediately – because this fight with others is just a trick to avoid the inner war. If you are not at ease with yourself, then there are only two ways: either you suffer this unease or project it on somebody else. When you are inwardly tense you are ready to fight – any excuse will do. The excuse is irrelevant; you will jump on anybody – the servant, the wife, the child.

How do you throw your inner conflict and unease? You make the other responsible, then you pass through a catharsis. You can become angry now, you can throw your anger and violence and this will give you a release, a relief – of course temporary, because the inside has not changed. It will again accumulate, it remains the old. Tomorrow again it will accumulate anger, hatred, and you will have to project it.

You fight with others because you go on accumulating rubbish inside yourself and you have to throw it out. A person who has conquered himself has become a self-conqueror, has no inner conflict. The war has ceased. He is one inside – there are not two. Such a man will never project, such a man will not fight with anybody else.

So this is a trick of the mind to avoid the inner conflict, because the inner conflict is more painful – for many reasons. The basic reason is that every one of you has an image of yourself as being a good man. And life is such that without this image it will be difficult to live.

An inner transformation is needed, an inner alchemy is needed – but that is long and arduous. And the mind always looks for the shortcut where the least resistance is. So mind says, “Why bother about becoming a good man? Just believe that you are good.” This is easy because nothing is to be done. Just think that you are good, just create an image that you are beautiful, heavenly, that nobody is like you, and even this illusion of goodness gives you energy to live.

If illusions can give you so much energy, you can conceive how much will happen when the truth is realized. Even the illusion that you are good gives you life to move, gives you legs to stand on, gives you confidence. You become almost centered even with the illusion, and this center that happens in illusion is the ego. When you are really centered, that is the self. But that happens only when the truth is realized: when your inner energies have been transformed, the lower has been transformed into the higher, the earthly into the heavenly; when the devil has become divine, when you have become radiant with the glory that is yours; when the seed has come to sprout, when the mustard seed has become a great tree.

But that is a long process; one needs the courage to wait, one needs not to be tempted by the shortcut. And in life there are no shortcuts; only illusions are shortcuts. Life is arduous because only through arduous struggle does growth come to you – it never comes easily. You cannot get it cheaply; anything that is cheap cannot help you to grow. Suffering helps – the very effort, the very struggle, the long path that gives you sharpness, growth, experience, maturity. How can you achieve maturity through a shortcut? There is a possibility – now they are working with animals, and sooner or later they will work with human beings. There is a possibility: you can be injected with hormones. A child of ten can be injected with hormones and he will become a young man of twenty.

But do you think he will attain the maturity that he should have attained if he had passed through ten years of life? The struggle, the arising sex, the need to control, the need to love: to be free and yet controlled, to be free and yet centered; to move with the other, to suffer in love, to learn – all that will not be there. This man who looks twenty is really ten years of age. Through hormones you have only blown up his body.

Nature is not in a hurry. Remember: mind is always in a hurry, nature is never in a hurry – nature waits and waits, it is eternal. There is no need to be in a hurry; life goes on and on and on, it is an eternity. But for mind time is short, so mind says, “Time is money.” Life never says that. Life says, “Experience!” – not time. Life waits, can wait: mind cannot wait – death is coming near. There is no death for life, but for mind there is death.

Mind always tries to find a shortcut. And to find a shortcut, the easiest way is to create an illusion: think that you are what you want to be – then you have become neurotic. That is what has happened to many people who are in madhouses: they think they are Napoleon or Alexander, or somebody else. They believe it and they behave that way.

continue reading on my Osho page