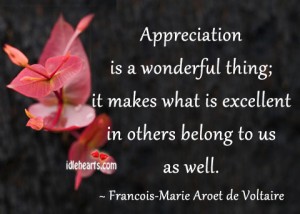 Stinginess… where is it coming from?

Example from my youth…

When I was in architecture school, my favorite teacher, young, dashing architect, was very co-creative in his approach to teaching.

I excelled under his tutelage, but I was apprehensive: I knew it wasn’t possible to tell where his talent ended and where mine began… and to be a confident architect, I needed to feel that I could… that I had talent.

It was not possible for me… until later I myself became tutor/teacher at the same architecture school… and started to see that a talented person is like a well tilled, fertile soil on which my teaching sprouted and flowered.

It is the same today, with teaching whatever it is I teach today… what is it? lol.

Through this experience I learned to fully appreciate the other person’s contribution, without lessening my own. 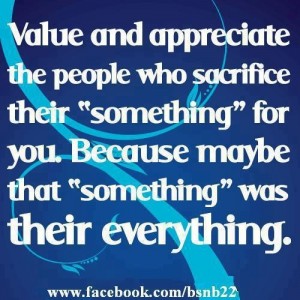 Life is not an “either you or me” phenomenon, although it does feel like that at times.

The gift of listening

I have a friend whose biggest contribution to me is to listen. I become a lot more aware, a lot more conscious of what I do, so I can share it with him.

Most people I talk to are completely unconscious, and can’t share what they do, or even what happened… nobody home, nobody witnessing, as far as they are concerned, nothing happened. Start, finish, nothing in between.

I have two students that regularly share with me, using this, the fact that they know they will share with me, as a call to wake up and pay attention.

One acknowledges my role as a catalyst, the other lessens it… as if to lessen my credit…

In her (the second person) calculation, if the credit is shared, she will get less… Not so! If your “itch” is “worthless” then you’ll try to hold onto all the credit you can…

Other than discouraging me from wanting to talk to her, what is the price she is paying, unbeknownst to her?

Anything that you are not truly appreciative of, not grateful for, leaves you.

If you are not appreciative of your husband… how long do you thing your marriage will last? Probably it has already ended, just not on paper, yet.

But there is a kicker!

In an amazing exercise I did some 25 years ago, the assignment was to acknowledge a person for what THEY wanted to be acknowledged for.

It’s really simple: you ask them, listen keenly, and then, word by word, only change “I” to “you”, you acknowledge them for what they wanted to be acknowledged for.

You need to watch their face light up. Because, very likely, this is the first time anyone acknowledged them for what they really value about themselves, or about what they did.

People insist to acknowledge something that, for the person being acknowledged for, doesn’t even get close to what they feel they did.

I want to be acknowledged for being the catalyst for brilliance… that would make my day.

The most beautiful acknowledgment I have ever heard

When you are really willing to share the “credit”, then you really have it… otherwise you are just a beggar… a thief… at least in your own eyes, trying to hold onto what you never deserved.

But you did earn it. Now own it. And share the credit with whoever helped you, supported you, inspired you.

PS: The secret of my incredible journey from depressed, suicidal person to who I am today is, more than anything, my ability to acknowledge others’ role in my growth, others’ role as catalysts in becoming someone who is one…

And here is an article about the exercise I mention in this post:

What would you like to be acknowledged for?
28 November, 2013 Source: https://solidgoldcreativity.com/2013/11/28/what-would-you-like-to-be-acknowledged-for/

In the writing workshops I run, we do an acknowledgement exercise to wrap up the workshop. I’ll turn to the person next to me and tell the person what I’d like to be acknowledged for.

The workshops are brilliant fun for me and the participants; still, nothing gets us like this one five-minute thing at the end. You could say the whole workshop is in service of this one short exercise that, on the surface at least, has nothing to do with business writing and communication.

What I notice in them, and in myself, is remarkable. There’s fear, a huge opening of something and also this uncanny power of revelation. People say things you could never have guessed. What I also see is the confrontation that can be experienced in asking for what we want, and in the invitation to be real. It’s also common for people to struggle to be with the acknowledgement when it comes and many want to hurry away from hearing they have made a difference.

For myself too, sometimes I have to ask the person to say the words three or four times before I can allow myself to hear them.

This makes me laugh. We humans are so funny.

When we get to the end of the workshop, people don’t want to leave because it’s clear something rare has taken place. People are smiling and looking at each other with curiosity. I tell them to use the practice with the people in their lives, their partners, children, parents, friends, and I can see their minds working as they try on the thought.

What about you, dear reader, what would you like to be acknowledged for?