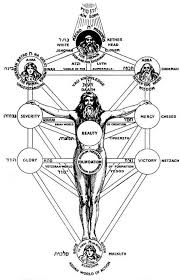 Each soul correction deals with a dominant pretense. A front, that hides the truth. A way to have two you’s, a dualistic way of living that is killing life.

If you read the few articles I have published on soul corrections, you may be able to see below the surface, and see what the pretense is. Most can’t. Especially their own.

But it’s there, hiding one or two layers deep.

Then we believe our own lies, make our masks permanent, and suffer.

Because the other side of belief is doubt: we know we are lying.

So we live an existence that is all lying, cheating, faking it… and then people love us for who we are not… can you imagine misery deeper than that?

But that is life in the valley… the valley of the shadow of death… All of life is waiting for death to relieve us of the burden of our lies.

I will look at three people and three soul corrections.

So how does illness know where to move in?

The gap between the two you’s is an open invitation for anything to invade the space.

There is no harmony, and there is a 24/7 suppression of the truth: that your life is a gift, you never earned it, your job is to be grateful for the gift of life, to make the best of it. Your attention on the other is death… the other has nothing to do with you, with your life, with anything. You are alone, and all else is an illusion.

The more you are in the grip of it, the faster you die.

Some people die early. I see the god in them… they only saw there was no god in others.