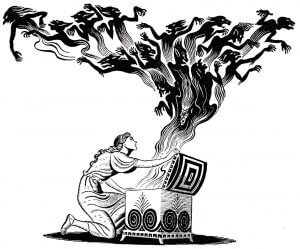 This post is a reprint of an article from 2005. I didn’t write it, I found it on the internet. It was the article that woke me up that the misery I was experiencing in my own sleepless nights was not unique to me: it was shared by billions of people who are not as aware as myself, yet they suffer.

Since then I made great strides in distinguishing and managing these bugs. I also share my experiences with a small community of like-minded sufferers on my membership site at www.biting-mites.com. The goal: eliminate and beat these bugs at their own game. Possible? I don’t know. Mandatory? I say so.

Update: it seems that I have found the way to manage these things and keep their population down to the number you pick up in the street, in public transportation, at work… Because don’t be mistaken, one third of humanity are carriers. It’s taken me thousand of days and thousands of dollars…

I will form a testing group to see what form people need to get what is needed so they will do what they need to do… It won’t be free. You want free and untrue and unhelpful advice? go and join the number of online forums. This solution is tried and true, but in the hands of freebie seekers it will lose its value, so I am not giving it away.

Humanity will go out of existence if we don’t stop this epidemic, if we don’t take back control. 1

CDC is not interested, doctors don’t believe you, so this has to be a grass roots movement. OK, here is the article that woke me up. The author of this article is Dutch, and a world traveler. A big thank you to him… from all of us.

I will disclose a fact that I have been monitoring in my trips and in my life.

Whether you give credence to what I am about to say, or not is up to you, your own perception and intellectual instinct to discern. I wish to make you hip to a new phenomenon, a breed or breeds of dangerous microscopic mites that are spreading from person to person everywhere on the planet at an ever accelerating rate.

I christened this, as of yet unknown, microscopic mite the Pandora Bug. Like the Greek myth of Pandora’s famous cursed box unleashing evil in the world, this mite is spreading from person to person and is operating like it is something that has gotten out of from Pandora’s apocalyptic “box”. They seem to be a mutation or recently evolved type of mite that has learned to thrive on their human host as they expand their dominance across the world. Have you been itching, scratching your body endlessly lately; especially during the night, and have been experiencing seemingly mysterious outbreaks of pimples on your face, breast, back and shoulders? You may have already been, like myself, unknowingly infected and are even now looking for a solution to your mysterious, but very real ailment.

Whether you believe it to be Morgellons disease or allergic reactions … it is of no consequence: the itch mites have been unleashed to the world.

NO, this is not the same or similar type of invisible dust mite that lives and coexists on our bed sheets, pillows and covers harmlessly that we have all read about before, but something probably brand new and unquestionably spreading across the globe rapidly. It is the one that has been keeping you awake at night and more than during the day it is causing you to ceaselessly scratch the nagging itch of your brows, the edges of your eyes and mouth, finding it especially irritating at the area of your nose mainly around the end of your nostrils and also causing you to scratch the lobes of your ears … SOUND FAMILIAR ??

Before I proceed with the imaginary scenes from some post apocalyptic sci-fi story (I wish it were!) take a moment to just look around you wherever you are and wherever you go after you read my message through. Watch people next to you on the elevator, checkout, airplane etc. as they itch in places and in ways and in a manner that only a short time ago would have seemed entirely strange. Take careful notice while they scratch and swipe their face and wipe at their noses almost unconsciously and then stare down at their fingers, trying to find the culprit in an abstract sort of confusion.

You may be inclined to assume that people have always had this itch, or put it down to allergies, but just reflect on the fact that it should be extremely uncommon that a lot of people should be scratching (sometimes desperately) at their eyes, ears, nose and mouth and some also suddenly are breaking out with pimples all of a sudden after years have passed since puberty.

I mean the whole world can’t be acting like they just did a line of cocaine as they pick their nose feeling a sensation therein akin to a particle of itch powder had just gotten in it. Or you may also wish to dismiss it as some kind of allergy; just wait till the winter comes and they find the trouble only growing progressively worse much to their horror.

Allergies do not trigger acne to suddenly and persistently happen on your chest, back and shoulders! Nor do they cause a rash around your waist where the underwear touches your body. I have never heard of an allergy that moves around your face and body during the night, and leaves you feeling like fluff is dancing across your skin as you have spend many recurring restless nights laying in bed awake from a bug induced insomnia.

I first became acquainted with this “plague” of man some 5 years ago when I met them in an Amsterdam, Holland hotel room in the center of town, when I discovered I had gotten infected through the bed linens. I’ve been fighting them and observing their effects across the globe ever since. It seems that it originated somewhere in a once isolated region and has been spreading out from the East of Europe steadily westward, all the way to the United States and Canada. Affecting areas as far as Raleigh, North Carolina in the USA all the way to Sophia, Bulgaria.

From what I have been able to determine by my semi-scientific analysis is that they are somehow similar to some other mites, like a Demodex mite, that they are tiny and therefore are difficult to get rid of because they can live on paper, cloth like bed sheet or the clothes you wear, as easily as fabric; literally every surface in your house. Somehow it has recently developed the capability to jump from human host to human host literally just by sitting near an infected individual or unknowingly sitting on an infected surface in an infected area, like a toilet seat, doctor’s office, taxi cab, or a hotel room, conference room, public transportation.

How this has happened, I do not claim to understand. I do know that simply using all kinds of soaps and over the counter pesticides does not appear to be able to end the problem with myself and the growing number of others I have spoken with who are infected.

Airplanes carrying tourists from all over our increasingly interconnected globe are spreading the mite (from my own personal observations) from such places as Cork, Ireland; London, England; Amsterdam, Holland; all the way to Sofia, Bulgaria (the worst second only to Amsterdam of all that I have seen) and even in the United States. I’ve observed them in various states on the East and West Coast and they seem intent on moving inward into the heartland of America.

They are spreading and increasing their numbers along the way exponentially. What city, even if they knew, would want it known that if you visit there you should expect extended visits to the dermatologist for solutions far more complicated than the easy removal of head lice. Even as I sit here in a bar in Amsterdam, I can see people around me itching completely unaware of what the true reason for the itching could be.

Pubs, restaurants, malls, hotels … etc. Literally every place you go to could be infected. I am sure there is someone besides myself that has witnessed by feeling them on their person.

At present thirty percent % of all humanity is infected … and this percentage grows on a daily basis.

Facts that I have managed to determine so far:

You’ll notice that the Dutch guy thinks it is all the same species, but truth be told, there are three distinct and different biting mites on humans, and I’ve had them all, and still have two.

I ignore Demodex mites: they are benign, I think. I don’t have them, so I can’t observe them, sorry.

I used to be sleepless, struggling to fall asleep every night of the week. Now it is one, maybe two nights a month… improvement. Does it take all I got? Yes. Do I hate it? Yes. Is it expensive? No, but if you snooze you lose.

PS: As an empath I can check for you if you have mites, but if you are at all aware you already suspect it. If you are not at all aware… You need to wake up and pay attention… first to others, the unconscious signs of itching on others, and to yourself.