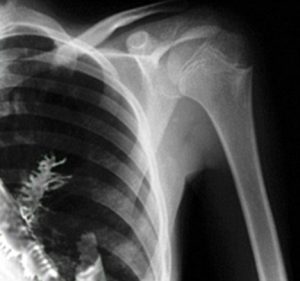 Dominant belief is like the fir tree that was growing in this Russian man’s lung. True story… and a great illustration of what an attachment is and how it debilitates you.

15 years ago I met a guy who was into energies. It all sounded a tall tale to me, somewhat irritating, to tell you the truth. After all I knew everything about everything… and this wasn’t one of the things I had even heard of… energies?

Anyway, I was proven wrong soon, and became a convert.

Energies became very real for me, as physical as dirt and milk and bread… Soon I was training to become an energy practitioner, and I worked on him, on myself, and even traded energy work for massage therapy…

My favorite, absolute favorite move at the time was ‘Pattern pulling.’

Patterns are thought forms that burrow themselves into your energy body, and then, once they set root, they grow, like that spruce inside that Russian dude’s lung. You can see the similarity to attachments, the only thing that is dissimilar is that it actually comes from yourself.

I still like to pull patterns the old way, but this morning I realized that patterns can be found and pulled exactly the same way as attachments, and it’s much faster and more effective that way.

Pulling a harmful pattern used to take 30 minutes, 5-6 times longer with the ‘pattern pulling’ method, and about five minutes with the attachment pulling method. 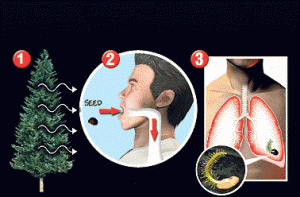 Your dominant belief effects you and effects others

Often your thought form is so dominant, that it effects other people in your environment. The massage therapist I traded with had a powerful pattern about herself, that everyone who she loves leaves or dies.

Her husband just had a liver transplant… they were both recovering alcoholics, they met at AA. Her pattern was successfully killing her husband every day. He was fading, and fading fast.

I managed to pull the thought form in one sitting. Result: her husband fully recovered, still alive, they are still sober and married. This was 14 years ago.

You don’t know what is running your life…

…you may see a little bit of it, but you don’t really know.

Often what you think it is is only in the neighborhood of the truth, not an exact match. That is why many programs don’t work as well as they could… for example Landmark Education, or even my Pebble program, or my Soaring program. All of these rely on pinpointing the thought form exactly, and it is very hard, because you need to use your mind… and the mind isn’t interested in helping you get rid of a thought form… it likes to keep everything the way it is. But if I can identify its location, where it attached to you, I can pull it without knowing what it is ahead of time… or even while I am pulling it.

Energy is energy: once it is detached, i.e. the cord it cut, you are free to learn to live differently than you have.

As I said in another articles, I’ve had this ‘I am going to be thrown out’ thought for a long long time… and it is still there. But today, when I wanted to find the energy by the words, muscle test says: that is NOT the thought form.

The thought form underneath is that I am illegal, unlawful, undesirable, a persona non grata, have to hide and steal because legally I can’t have what I want because of being illegal… wow, complicated, isn’t it?

It has nothing to do with reality: it is a thought form that pretends to be reality.

Of course, finding it physically is as hard, especially on myself… But using ‘elimination’ technique, I found it finally on myself. 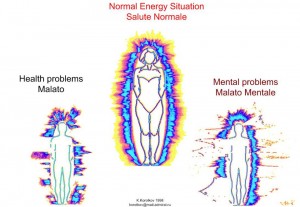 I am doing this as I am writing… exactly the same way I work when I pull other people’s attachments… document it fully.

Next step: grab it and pull it and pay attention what is happening.

OK, I pulled it. Now the real experiment begins: if my pulled thought form will really stop influencing reality, it will be clear and a lot of circumstance WILL change. This is a new discovery

PS: this is brand new, and I just made an agreement with Source to call these fundamentally harmful thought forms an attachment… So if you have had your attachments removed, I didn’t touch these… because these weren’t really attachments before. But from now on I’ll find these, as a matter of course… so be prepared for your life to change.

Is this to extract more money from you?

P.P.S.: Honestly, this is a brand new discovery, as new as this morning.

I know it sounds, maybe, like another way to extract money from you, after all, if you have had your attachments pulled… if I tested you today, you would have a ‘new’ attachment on you… but it is really an old dominant belief, a thought form, just categorized today as an attachment.

To help you out, (if you have already paid for all your attachments to be removed before) I’ll pull this dominant belief/thought form for you for free, if you are quick, and you are among the first 10 who ask me to. If you haven’t had your attachments removed, this offer doesn’t apply to you. You need to first send me a request to check you for attachments, and pay the fee I charge to remove them. No free lunch, sorry.

It’s actually harder to find, that’s why I don’t offer it to anyone.

Of course you have to be one whose attachments I have already pulled.

If I find more than one attachment on you, I won’t do it, sorry. It will mean that you have gotten new attachments from the outside.

Complicated? Sorry. Just ask me and I’ll let you know.

To make sure I know what I am talking about, I have volunteered to pull some of these from three of my students… back in 2015, when I first published this article. They suffered with a strong and harmful dominant belief.

Don’t be mistaken, you’ll have to re-learn to live, to live better, be more courageous, less impulsive and less forceful… etc.

Could your money beliefs change with with pulling your core belief about yourself?

P.P.P.S.: you see why programs that try to change your mind, conscious or unconscious, can’t work. This is NOT in the mind! This is somewhere rooted in your energy body… on your chest, on your heart, on your neck, on your intestines… NOT on your ‘mind’

There are no ‘separate’ money beliefs. There is one core belief about yourself, and every ‘wrong belief’ is a derivative of that.

Of course if you have lived decades resigned that you can’t… that no matter what you do, nothing is going to change… and therefore have no education, no skills, no abilities, then your money situation will have a real hard time to change overnight… but after this ‘surgery’ you’ll be willing to learn, willing to work, willing to think… and that should make some improvement with time.

PPPPS: ok now, with quite a few of these removals under my belt, I have some insights:

In the Freedom Course, level 1, we work on exactly on the exact match. The last scheduled course is this coming Sunday. I will schedule more sessions if there are enough people requesting.

So if you want it, sign up to the Sunday January 31 session. If you can’t make it, but want it, buy the course to express your intention. NOT interest, intent. Interest is a dime a dozen. Intent is a commitment. Not willing to commit? Not ready for my course…

If you buy before Sunday noon, I’ll give you a bonus: the recordings of the previous sessions, so you can be prepared.

Let’s pinpoint your dominant belief that cripples you and your life. Unless it is pinpointed, I can’t pull it, I can’t remove it.

Go to step 2
Let me motivate you a little more. If you sign up before the Sunday session, this coming Sunday by 12 noon, I’ll throw in the recordings of the previous Freedom level 1 sessions on my mobile app, a combined value of 90 dollars.