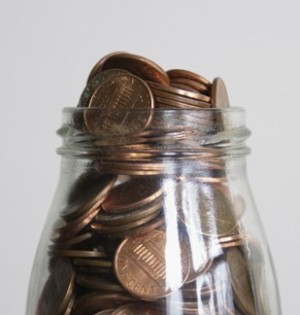 Exchanging the dollars for pennies…

This is a second article about procrastination and it deals with an aspect of “not doing what you said you’d do” that needs to be talked about: choosing something easy to do instead.

Something that comes easy to you, something that uses up your time, takes away your attention to what you said you wanted to do… and leaves you with no energy, no future, no self, no integrity, and no gusto, no elan, can’t find an English word… real pleasure in life.

So, what are the things you do, I do, to avoid growing, to avoid the discomfort of the action that would take us to where we want to be?

Plenty of things. Most of the things you do are actions like these.

Probably there are many other ways you do something easy to avoid doing the difficult.

I have said before and I’ll say it again: the most harmful and most frequent of human attitudes is UNWILLINGNESS. It only exists in the moment, it is the easiest to control: you just say: ok I am unwilling AND I am doing it… it goes away fast.

But you never give yourself that extra minute to not jump into some ineffective, unimportant action that serves no one.

So the most important thing for you to learn is to do nothing and allow some choice to show up.

When just doing something wastes more time than not doing anything.

Do you park in the first spot you see, even if it means a longer, grocery-laden walk back from the store later? When unloading the dishwasher, do you quickly shove all the Tupperware into a random cabinet, thereby getting the dishes-doing process over with faster—but also setting yourself up for a mini-avalanche of containers and lids?

In a recent study published in Psychological Science, Pennsylvania State psychologists coined a new term for this phenomenon: Precrastination, or “the tendency to complete, or at least begin, tasks as soon as possible, even at the expense of extra physical effort.” To test the human capacity to precrastinate, researchers David Rosenbaum, Lanyun Gong, and Cory Adam Potts led 27 college students to an alley where there were two yellow plastic buckets filled with pennies—one on either side. On one side, the bucket was closer to the participant, and on the other, it was closer to the other end of the alley. The participants were asked to pick up either the right or left bucket, whichever seemed easiest, and carry it to the end of the alley.

To their surprise, most participants chose the bucket that was closer to them, but further from the finish line. That is, they chose to carry the bucket for longer. In the debrief later, many said some variation on, “I wanted to get the task done as soon as I could.”

The effect remained when the subjects were in wheelchairs, but it was lessened slightly when one bucket was heavier than the other. Overall, Rosenbaum and his colleagues concluded, “Apparently, hastening completion of the subgoal of grabbing a bucket made completion of the main goal seem closer at hand.”

Why do we do this? Holding a goal in our minds taxes our working memory, the authors write, and just doing something—anything—allows us to dump that memory faster. Last year my colleague Julie Beck explained how this works with unpleasant experiences: We’ll want to get it over with faster in order to lessen our feelings of dread.

We humans, in other words, pick the low hanging fruit. We do git ‘er done—even when it costs us in the long run.

So, if you got down to this line, remember: the most important skill you need to master is stop and do nothing for a little bit to stop this automatic avoiding behavior to taking over your life.

How, will the Avatar state audios help you get present the moment the “unwillingness” hits, and you need to hold the moment a little longer? I think so. And even if it stops you only some of the time, is worth because the more it stops you the more you grow. No kidding… It is not an all or nothing proposition. No one is perfect, but some people don’t expect to be perfect… they are happy if at least some of the time they can do something good…

2 thoughts on “What is Worse Than Procrastination?”