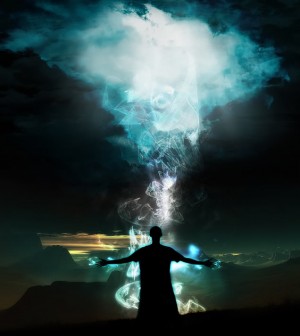 When you watch magic, it seems easy. It seems fast. I seems magical… doesn’t it?

Real magic takes hours, weeks, months worth of preparation, manufacturing of special equipment, without those most magic tricks will never happen.

I won’t mention the lots of practice here, because it doesn’t fit my agenda… lol.

I only rarely talk to other “spiritual teachers” or “energy practitioners”, because I am not attracted to them, we don’t seem to have anything in common.

But occasionally life throws one my way, and I have to talk to them.

This happened this past week, and it just hit me that I learned something important: they are magicians. 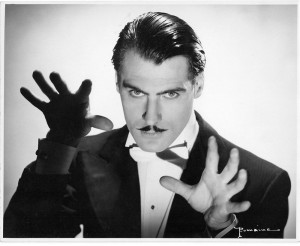 I looked at a report I prepared while I was doing the work on a woman from South Africa. Her attachments, detailed, and her dominant belief’s therefore, and her “anchor-to-doom”.

Two printed pages. It took me, if I put together the time I spent with it, a little bit here, an little bit there, more than two hours. Maybe even three, if we count the time when I was resisting doing the work, but could not do anything else… lol.

Two days ago I sent a similar report to this other person, the “spiritual energy practitioner” type of person, and she responded: that is some report. I haven’t heard from her since.

At first I felt stupid. OK, very stupid. Like a loser. And that was interesting. It wasn’t familiar to me. 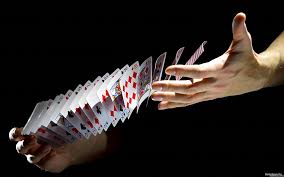 I am not a magician. I work with energies in the here and now, and move them, pull them, redirect them, block them, and it takes time, takes energy, my energy, my life-force.

I don’t have a magic want to wave. I don’t pull stuff out of my sleeve. I work with it, work for it, and feel a little stupid for it.

The world if full of woo woo practitioners who weave theories of fantastical stuff, only to be able to pull a fast one on you, like a magician.

I am not saying this woman I was talking to is like that: I have no clue if she does anything or not. Muscle test says she doesn’t… but then again, who am I to judge?

I read some Osho yesterday, who also doesn’t believe in miracles. There is a story there I’d like to quote. Read it. And notice that whatever was the “miracle” needed a lot of preparation, like all magic. But that’s not how I work. I actually do something… 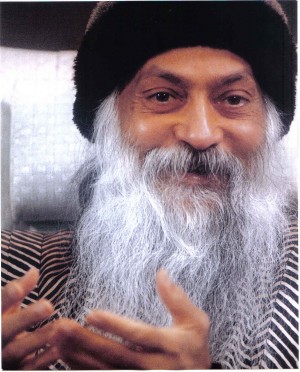 I have been in hundreds of homes, and many miracles I have performed—but none of them was a miracle. I was just joking, and when I found there was a possibility, I never missed it.

So remember it, that I have never performed a miracle, because miracles as such are impossible. Nobody has performed them.

But the gullible mind…a man came to me almost in the middle of the night; it was twelve, I had been asleep for three hours. He knocked on the door, and made so much noise that I had to wake up and open the door, and I asked, “What is the matter? What do you want at this time of the night?”

I asked him, “Who is this doctor? Is his name Doctor Barat?”

Barat was my friend. He was an old man, but he loved me very much. So I said, “If Barat has sent you then I will have to do something. But you have to give me a promise that you will never say anything about this to anybody, because I don’t want to be disturbed every night, and I don’t want patients to be here the whole day. I have other things to do.”

He said, “I promise, but just help me. Barat has told me that if you give me just a glass of water, with your hand, I will be cured.”

I said, “First give me the promise.” And he hesitated, because if he has found such a source of miracles, to give such a promise….

He said, “You don’t see my pain; you are talking about your promise. Just give me a glass of water—l am not asking much.”

I said, “First you give me a promise. Take an oath in the name of God”—and I could see that he was a brahmin and he had…. Brahmins of different faith believing in one god or another god have different marks on their forehead; those are trademarks, so you can judge, and know who the man is worshipping. So I knew that he was a devotee of Shiva, and I said, “You will have to take the oath in the name of Shiva.”

He said, “This is very difficult; I am a loud mouth, I cannot keep anything to myself such a great thing…and you are asking me to make a promise. I may not be able to keep it because if I keep it then it will be more painful than my pain. I won’t sleep, I won’t go anywhere, I won’t talk to anybody because it will be just there waiting to come out.”

He said, “You have created a dilemma for me. Whatsoever I do I will be in trouble. This pain is not going to go away because to keep your promise…and you don’t know me—l love gossiping. I am a liar; I go on lying—and this is the truth.”

But I said, “Then you decide. You keep your pain.”

Finally he said, “Okay, in the name of Shiva I give you the promise. But you are too hard, too cruel.”

I gave him one glass of water. He drank the water and he said, “My God! The pain is gone!”

It was simple hypnosis, he got autohypnotized; he became ready. If I had given him the water directly, the pain would not have disappeared. This much gap of haggling was needed. And I reminded him when he was leaving, “Remember, if you break the oath, the pain will be back.”

He said, “You have destroyed me. I was thinking that when Shiva meets me I will be able to fall at his feet and ask his forgiveness; and I have heard that he is very forgiving. Now you have destroyed that too—and the pain will come back.”

I said, “Certainly the pain will come back, once you utter a word.”

And the next day he was there. He said, “I could not manage it. At least I had to go to Doctor Barat and tell him, ‘All your medicine and medical knowledge is nonsense. Just a glass of water did what you could not do in three months. And you have been taking fees each time I was coming—give my fee back. If you knew it beforehand then for three months you have been cheating me.’ But the pain came back.”

He came running to me, “I am a fool, but what to do? I just could not resist putting this Doctor Barat right in his place. For three months I have been suffering and he knew the cure, and he went on giving me this tablet and that, and then he started the injections. Finally he started saying, ‘You may need surgery—and just a glass of water! And he did not suggest that at all.”

I said, “I cannot help you. Now the water won’t work; you have broken the promise—the miracle will not happen again. Now you go to Doctor Barat and take his medicine, or do whatsoever you want.”

But he went around, even though still in pain, saying, “I have seen a miracle.”

These people are there—sometimes very educated people, but deep down they are as gullible as any uneducated person. Once I am not there, you have to remember it, that all my miracles were simply jokes and nothing else; that I have been enjoying every opportunity. If there was an opportunity to manage a miracle, I have not missed it. But there was no miracle at all. If you know just a little bit of human psychology you can do great things which are not prescribed in the psychology literature and textbooks—because they are not concerned with that.

But if you know a little bit of human psychology, just a little bit—not much is needed…. And man is ready, he wants the miracle to happen. He wants to see the miracle happen; he is ready for the messiah. He is hankering, desiring deep down to find someone who is higher than him, more powerful than him; then he can follow him.

But I have been cutting all the roots…. 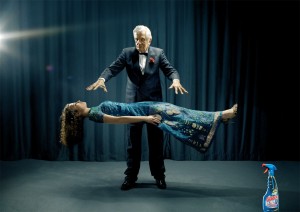 Energy is physical. It may be subtle, but it’s physical. It has a beginning and an end, it has a location, an intensity, and it can be measured.

Anyone who pretends to move energy, change energy, sublimate energy, direct energy without first locating it, then applying energy to change it, is a magician.

I, too bad for me, am an empath. I work on people through proxy… through my own poor body… If I don’t like your energy, I’ll refuse to mingle my energies with you. It’s more intimate than sex…

And because I am very tired, nearing a burnout, I am going to be even more selective of who I am willing to work with.