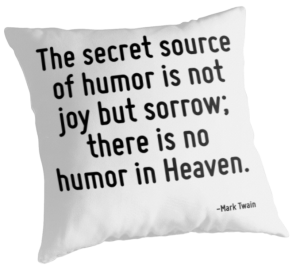 I observed how much satisfaction I take in making the right moves, preparing the ground for right moves.

Normally, when you make your final right move, the cards fly off, and you won.

But this time the right move was at the very end… and I enjoyed getting there.

Suddenly the memory surfaced: the words a friend, coach, and “client” said about 10 years ago: “Isn’t is great when, like by miracle, all the cards fly away?”

She was about my age now, so ten years older than me, past retirement age, still working away.

She was a well-known member of the community, a business woman, and a coach. When she died I wasn’t invited to her funeral.

I coached her for about two years, as a friend. I did programs with her, went on trips, I knew her really well. She was the archetype of all smoke, no fire.

I had no words at the time like soulcorrection, I didn’t think of using energies in coaching, I had no remedies, nothing. I had my words… and it wasn’t enough.

She had a few not too well developed skills. It is not becoming to a famous business woman to buckle down and learn some skills. It is so pedestrian… I guess. Much like removing the cards, instead of enjoying them flying off.

I honestly hope you recognize yourself in her and learn from her example. She died, with nothing but regrets.

I wasn’t invited to her funeral because our relationship was kept a secret. It is not becoming to a famous business woman/coach to have a coach. To need a coach.

I don’t think it is the culture… I think it was her (and it is you) that live by the pretense that you are perfect and if you had a coach, that would mean you aren’t. Perfect.

Every champion, every winner knows that a sideways view of their performance can point out where they can become even better.

You don’t share this work, because you believe that it makes you sound less than you pretend to be.

No one can be coached unless they surrender the ego that is only interested in looking good, being right, avoiding domination, always winning, and explaining and justifying your action.

On one hand the mind jerks you, on the other hand the ego jerks you… how can you expect to grow and live a life worth living?

You do, but you have no right to expect it, because you, like my now dead friend, expecting the cards to fly off… instead of moving them, one by one, with deliberation, with grace, with ease, with joy, with the love of work. It is not below you, you know? It is the source of joy.

3 thoughts on “The source of joy”