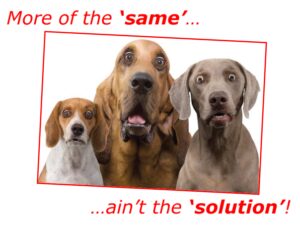 MindValley is very encouraged by its results with John Assaraf’s program launch: they sold 1.2 million dollar worth of courses. An excellent way to rid people of their money, people who probably paid with credit cards, and increased their debt load in hopes of becoming a millionaire… by changing their minds about money.

MindValley is so encouraged, that now they are launching a 12 month money belief eliminating course with their star seller, Christie Marie Sheldon.

If a little bit didn’t work, you should do more of it, maybe that will work…

And as a gift, participants may get one or two life-sucking attachments from Marie to remind them of her.

If it weren’t horrible, I would be laughing. But it’s horrible.

People who think they need to change their minds about money to make money have probably haven’t done anything to become value providers. They don’t have skills, they don’t have much to work with.

The problem is your relationship to creating value. You are unwilling.

You prefer to fritter away your life with meaningless activities, because it is easy. 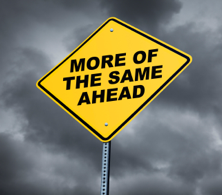 You like easy. But you want money to have more easy times. But you won’t, unless your mother dies and leaves you money, unless you win money. Even stealing is hard work… too hard for you.

You are a putz, 1 wanting something for nothing. And you are also a limp dick… soft, ineffective, dreaming of sex or some other ways… that you can’t do.

You are unwilling to do work that would increase your capacities, would build skills, would make you a better value provider.

You are like the photographer who thinks it is enough to make good pictures to make a living… But the problem is: value is in the eyes of the beholder, just like beauty, and unless you create a context for the buyer, unless you sell it well, you’ll end up with a bunch of pictures, but no money.

I have a client who thinks that his business is about him.

And wants me to sell it to buyers… so he can live well, doing meaningless stuff… He’s been begging me to do his marketing.

Hah, you say, “he is smart. He can sell you to sell his wares!” But no. Selling me, you need to speak to what’s important to me. You need to be in MY world, speaking from there… But, you see, if he could do that, he would not need me. He would be rich.

This is not the direction I wanted to go, but hell, this is where spirit is taking me:

If you don’t learn to frame the value you provide, if you can’t sell it, you won’t make money, unless by accident. Unless someone already had the frame, the desire to buy, and you were there to provide what they wanted…

But that gives you a job, not a living…

In a job: you do what someone considers a value, the way someone wants it done. You are a machine, and get paid peanuts.

A woman down the street used to make pottery, exquisite pottery.

I ran into her at the supermarket yesterday. She gave up making pottery, and now she is counseling at-risk youth… the Government pays her, and she doesn’t have to sell her products.

Fulfillment? Who cares if you have to put aside ego, and learn a new skill or two… like re-framing, like standing in the other person’s world, like speaking to what’s important to another… the biggest threats to your ego.

4 thoughts on “Doesn’t work? Let’s do more of it, that should do the trick”