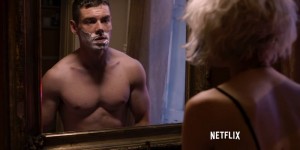 It’s not a really good movie, although you do get pulled in and start to care about the eight heroes.

It’s about a branch of humanity that has activated a part of their chromosome, that makes them different, inwardly. That makes them more capable.

So they hunt them, and work to eliminate them.


They are born with the same DNA, but someone of the more elevated kind

ACTIVATES the DNA that makes them capable to be able to do more, be more, experience more, cooperate more.

The makers of the series, of course, picked something that is outwardly, and magical. These eight can appear as energy in each other’s space, fight for each other, warn each other, and even kiss, hug, encourage, share.

Every human would want some help at one point or another, when they can’t do something, because they are not strong enough, smart enough, knowledgeable enough. And then the help magically appears. 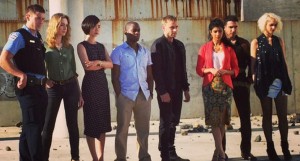 It sells movies. The 98% that is waiting for magic really loves it. Gives them hope, it fuels their daydreams. But it’s not realistic: Humans won’t telepathically appear in each other’s space… So life after the day dream is more horrid than before: after all you are on your own. You need to deal with life with what you got. And if what you got is “not much” then your life is not going to be very good… bummer, eh?

It’s human societal nature… an ancient part of our DNA, by the way.

It is the command, the inclination, the knee jerk reaction to kill anything not like us.

Maybe that’s why my mother said, that’s why humorists said back in Hungary: don’t stand out, they will kill you.

Which means that you don’t have to look different to get killed for being different. 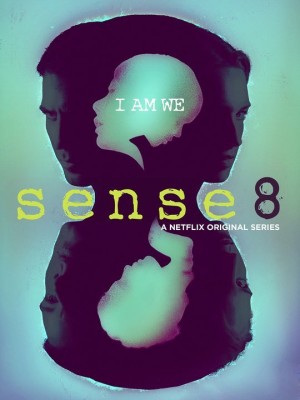 You have to be MORE. MORE evolved. Actually if you are an imbecile, the community will rally for you. But if you are a genius, if you are evolved, your chances of staying alive till ripe old age are small. Especially if you are stupid, and you advertise it.

In the book “The Mind Parasites” following the instructions that say: tread lightly, stay unnoticed, are the only things that guarantee your survival.

Then why am I writing this blog? I don’t mind getting killed, and I don’t know any other way of sharing this knowledge than this.

PS: As I was looking for pictures for this post, I found out
1. The series was made by the same people as the movie The Matrix.
2. One of the Wachowski brothers Larry is now a Wachowski sister, Lana
3. This explained a lot about this series where there is a lot of gender identity issue. I guess not more than in real life… just not generally my life. It, this aspect, tested my ability to be with different…