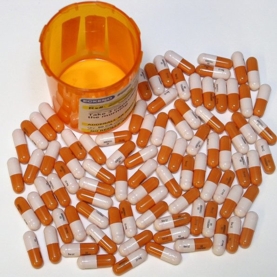 The lack of motivation, ambition, the lack of vision in the loss of Self

As a whole, humanity is unmotivated, low on ambition, and lacks a vision… and is unwilling to create a vision to boot.

So what has caused and what maintains this lackluster way of living?

I read an article this morning and it struck me as more truthful than the other theories of wrong beliefs, fear, etc.

Here is the article.

Summary: What do we risk by using substances that enhance our enjoyment and interest in certain pursuits – say, a university major or career – which we would otherwise find meaningless and alienating?

The Problem of Artificial Willpower

from the Scientific American
The ethical threat posed by Adderall and other drugs that improve motivation
By Hazem Zohny | July 7, 2015
For the avid coffee drinker bound to a monotonous desk job, there is a moment – perhaps two thirds of the way through a cup – when the unbearably tedious task at hand starts to look doable. Interesting, even. Suddenly, data entry is not something that merely pays the rent, it’s something you’re into. A caffeine-triggered surge of adrenaline and dopamine works to enhance your motivation, and the meaninglessness of it all fades as you are absorbed into your computer screen.

At least until the effect wears off. Then it’s time for another caffeine hit. Except, several thousand of those hits later, you find yourself middle-aged and struggling with a sense that you haven’t quite spent your life as you would have liked.

Unlikely as this may sound, it illustrates a reasonable possibility: drugs like caffeine can positively alter how we experience what we are doing. Taken consistently, they might help us tolerate a long-term circumstance by regularly inducing an artificial sense of interest in what we would otherwise find uninteresting. Absent such a drug-induced interest, we may find ourselves more disposed to alter the course our lives are taking.

That, at least, is the worry raised in a recent paper by Torben Kjaersgaard. His focus is on something more potent than coffee: ADHD and wakefulness disorder-drugs such as Adderall and modafinil.

There is little dispute that these can give a minor cognitive boost to individuals with these conditions, and perhaps to the sleep-deprived more generally. But their off-label use by some healthy students and professionals has also earned them the dubious title of “smart pills” – that is, the kind of enhancers that can boost your attention and memory even if you are in decent cognitive shape.

Because of that, the ethical discussion about their off-label use normally centers on cheating and coercion. Is it fair if some students use them to get better grades? Might their use by some employees coerce others to take them as well, just to keep up?

But Kjaersgaard is focused on another matter: What do we risk by using substances that enhance our enjoyment and interest in certain pursuits – say, a university major or career – which we would otherwise find meaningless and alienating? Might we end up leading deeply inauthentic lives, using pharmaceutically-induced willpower to waft through a life that otherwise means nothing to us? In other words, Kjaersgaard is concerned about the impact of these drugs on our moods and motivations, not cognition. In fact, he’s not convinced these drugs are cognitive enhancers at all.

This is because, despite repeated claims to the contrary, the evidence that these drugs enhance the cognitive abilities of off-label users is, at best, mixed. In the case of drugs like Adderall and Ritalin, a survey of over 50 experiments testing their effects on cognition among healthy, young adults found a roughly even mixture of significant and null results, with reason to believe that many other null results go unreported. In the case of modafinil, which is often held as the more potent enhancer, little evidence exists that it has any significant cognitive effect on healthy participants. In fact, two recent studies found that it slows down the response time of users in certain tasks and hinders creative thinking.

But these findings are difficult to reconcile with anecdotal reports from users who insist that, at least, something about these drugs seems to make them work harder or study better. What are we to make of these claims? It’s worth highlighting some of those anecdotal reports. Here are a few of them, collected for a study by Scott Vrecko, who looked at university student’s experiences with these drugs:

“Everything seems better, and more doable.”

Now, the article doesn’t deal with the underlying issue.

In my experience, the underlying issue is your inability and unwillingness to be with something unpleasant. Feeling, taste, experience, sound, etc.

What made me think that is this: this morning I was sitting by my computer not willing to send out an email. I had nothing to say. But I already missed last night, so I really should. Stay in touch.

So, I was sitting in front of my computer, getting present to what’s going on.

Then I thought about you: your scramble to get rid of something that was probably even less unpleasant…

My unpleasant feelings come from watching how the world is digging itself deeper and deeper to a place from where, most likely, there is no return from. Anger, disgust, a sense of powerlessness, and a desire to still do what I have to do, even though it is hopeless.

You’re familiar with the wise men
who followed a star to Bethlehem?
That star speaks of following a goal.
Do you remember The Impossible Dream
from Man of La Mancha?
“This is my quest, to follow that star,
no matter how hopeless, no matter how far…”

The only way to have an inspired life

The only way to have an inspired life is to be plagued by anger, disgust, and a sense of powerlessness, and yet a desire to still do what I have to do, even though it is hopeless.

Unless you develop the capacity to be with the unpleasantness, the hard, the impossible, whether it is seemingly impossible or really impossible, you’ll need the drugs in this article.

Now, for truth’s sake, the entire society is set up to include 99.99% zombies and 0.01% people who are allowed to reach for the star. Or, like me, will shake off the shekels to do that.

We are getting closer and closer to the two classics that gave us a roadmap: 1984 and Brave New World… roadmap to a world not worth living in.