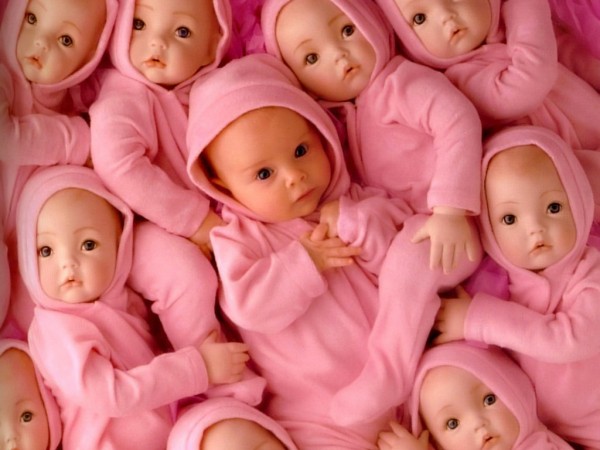 Sophie – I like the way your articles guide (or sometimes the word is more appropriately “prod”) me in the right direction. It’s like getting extra coaching every day. My favorites this week are “the highest and most effective skill you can learn is to allow things to be exactly the way they are”. And “be observing the mind, not identify with the mind”. When I really get them, not “understanding” with the mind but really get them, they help me move right into the Observer position, my current assignment. How great is that!

Wonderful. Now, how about you learning it so deep that you don’t always need my articles to do it for you?

Wow, I would love to learn it that deep! It’s like there’s this HUGE magnet on the horizontal plane that is always there, dragging me back down. And it’s discouraging to keep failing. But I AM getting onto the vertical more often than before I started Reclaim, so there IS success, not just failure.

What do I need to do to learn it so deep that I don’t always need your articles to do it for me? Keep practicing? Or is there something more I can do?

Probably waking up would be a good first step.

What you are reporting is that you are sleepwalking with occasional wake up calls.

Alarms, in a way 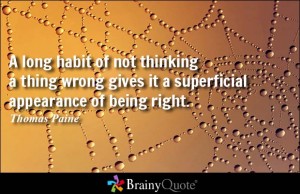 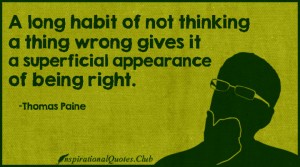 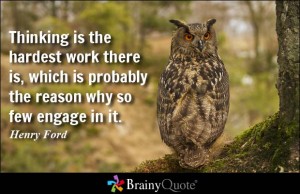 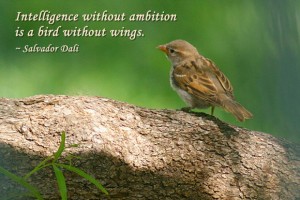 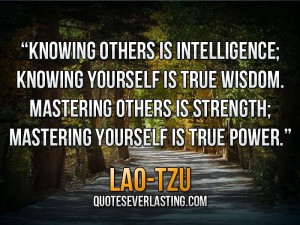 Now, for truth’s sake, it is near impossible to be present to what’s outside (or inside) all the time. I catch myself in the middle of doing something, and noticing I have no idea what I am doing.

It happens mostly when I leave my computer to eat something or go to another room. I find myself not knowing what I am doing… I took the work with me…

Is that wrong? I don’t think so.

If Einstein had made himself wrong from being in his head, we wouldn’t have had his theory of relativity.

And the same is true for most creative people. In fact, the biggest issue most people have is that they can’t get into the groove of their work… they get stuck in repetitive thoughts about the past, about the future, about their fears, failures, and such.

The mind uses the brain, a tiny fragment of it, but not all.

Your work, when you are in it, is not mind…

The mind is the running thoughts, the thoughts you can’t control. About the past, about the future, about fears, trepidations, excuses, justifications, vengeance. That is mind. The merry-go-round. 2

Unless and until you can distinguish between actual thinking, and mind-chatter, you’ll keep making yourself wrong: and you are driven to the mind.

Whenever you are making yourself or someone/something else wrong, you find yourself in the mind.

There is no wrong or right in thinking, at least not the emotional wrong and the emotional right.
Thinking is a lot like the Observer: doesn’t take sides, doesn’t have emotional investment.

One of the mistakes OUR teachers have made is this confusion between mind and the brain itself. Between having thoughts and thinking as an action.

Thinking can discover uncharted territories, while mind can only deal with what is already known from the past.

Practice to tell the difference. You’ll be a happier person.

For example, tell me if you can: am I in the mind when I replay scenes from a movie in my mind to see some common occurrences with people?

Please vote below. Am I all in the mind, or am I thinking? Am I on the horizontal or the vertical plane when I do this type of thinking?

14 thoughts on “Thinking vs. Having Thoughts”