What did Genghis Khan, the greatest conqueror in history do to raise his people’s IQ?

I have been reading about the Mongols, the nomadic people that occupied lands and people in the 13th century, from the Pacific Ocean to the Mediterranean Sea, in the 13th Century under Genghis Khan.

What is the secret difference between them and you, that they were able to conquer and you are not? And what could you borrow from them, even though you are not a steppe warrior?

Here are my insights that I hope will be useful for you today:

When I look at that same time period: the 13th Century and the peoples the Mongols 2 conquered, there is a marked difference between people who do the same thing the same way, day in and day out, a steppe tribal nomad who has to move with the weather, and a steppe warrior of Genghis Khan.

Peoples that grew their sustenance were slow and sluggish. Their staple diet was 90-95% grains. The Rus, the Chinese, the Korean. Much like sheep or cows… easy to herd, obedient, dull.

Peoples that felt safe, under the illusion that they are protected were dull, obedient, easy to herd.

The Mongols had to hunt for 50% of their food, and had to protect themselves from surprise attacks. They had to develop superior skills as trackers, hunters, had to sleep with one eye open, had to be alert, awake, or they died. Lite 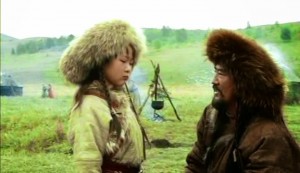 That would be true for most nomadic tribes… but the Mongols’ available I.Q. rose in the decades they went from tribal structure to organized societal structure. When they went from honoring blood relations to honoring group and elected superior relations.

In the Mongols’ society, under Genghis Khan, you needed to earn your place in society: nepotism was largely done away with. You earned your keep by growing intellectually, skill-wise, knowledge-wise.

Genghis Khan created principles for his empire, for everyone to follow, including himself. Principles. Justice, earning your keep, loyalty, honesty, etc.

If you were dumb, or lazy, you were dead. Literally.

OK, so what does this mean to you? Can you raise your IQ? Probably not. But what you can do is raise your available IQ. 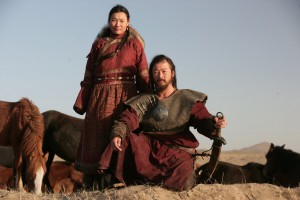 How do you raise your available IQ?

By becoming an expanding human being. By starting to build skills. By taking on challenges. By ignoring the anxiety that you feel when you think about being accepted, looking good, being right, about your place in society.

In an age where that anxiety can be broadcasted, this is more important than anything. If your “gut feeling” is from someone other than yourself, then it’s a guidance towards slavery.

When Sonia Choquette (some self-declared psychic chick) says you should listen to your gut, she is lying to you. Your gut is not a reliable tool. It’s corrupted. It serves the Dark Side.

And when I say “gut” I may also mean your “heart”… some people feel their fear and anxiety in their hearts.

So, how do you find your way?

We already know that your mind: the sum total of all the things you think you know… is as compromised as your gut or your heart.

For me, what guides me, is principles.

Don’t forget, I get the same broadcasted anxiety, fear, grief, etc. as you get. I am just a tad more astute in deciding if it is mine or not. Once or twice a week it is mine. The other 98 times it isn’t.

The Real You also knows that other people are just like you: spend 90% of their lives trying to live up to unrealistic expectations, and spend 10% looking for other people’s mistakes or shortcomings so they can feel better about themselves.

No one cares whether you are good, bad, successful, smart, pretty, witty, or any of the things that you think you should be. Everyone is busy suffering of themselves not being enough, worrying about YOUR opinion about them.

So, if you take this into consideration, you can get that you can safely let go of your concerns about other people’s opinion of you, and start doing the things that will help you grow, that will help you to increase your available intelligence, taking you closer and closer to the Real You.

The Principles to live by are probably clear to all of you.

These are the 13 principles or virtues that Benjamin Franklin cultivated.

His method was to dedicate each week to one of the virtues. That meant that each virtue got center stage four weeks a year. (Forgive the archaic spelling…)

I recommend you start with the principle you are weakest at. Then, after a week, move to the next hardest principle.

If you look, you are probably really good at two of the 13… at the expense of the others. You are self-righteous about them, ignoring that you are lopsided.

I am working on the Cleanliness this week… very challenging to me. Next week it’s Order week… I am breaking out in cold sweat from the thought of it.

PS: Some of the people in the Reclaim program, that have embraced “the work” have raised their available IQ already. Others are doing what they have always done… Which means that it’s a doing thing… really! Even though I pulled everyone’s anchor-to-doom, and dominant belief therefore, the lasting results come from what they do. I only opened up the potential by pulling their anchor-to-doom.

PPS: there is an excellent movie about the beginnings of the Genghis Khan story… I will post this video in the subscribers area hopefully later today. Great movie. Watched it three times.