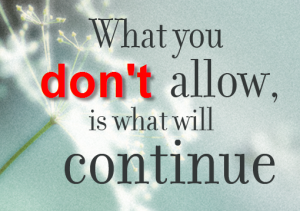 Allowing is letting it be. And although you may feel the urge to change it, fix it, kill it, hide it, hide from it, allowing is authentically allowing something to be, and gain your own beingness.

Every course, every healer, every prayer is designed to serve your reactive nature, the fearful, forceful, ugly self. They have to: that is the only thing you are interested in.

I have a surprise for you: allowing, the capacity, is activated in all people by default. It is. But it is useless unless your actions, at least some of your actions, come from that capacity.

You have a lot more capacity activated than what you live from… You use only a few of your capacities for living. In simplified terms: you use a hammer for everything, including washing your windshield.

And you have the capacity to allow but instead you do your usual dance in response to the urge to change it, fix it, kill it, hide it, hide from it. The Unconditional Love Activator is, in essence, the activator of the actions, attitudes, of allowing. You can’t allow something outside of you until you can allow what’s inside of you.

Including that urge to change it, fix it, kill it, hide it, hide from it.

I have a lot of products. But if I had to give up all of them, except one, I would choose the Unconditional Love Activator as the one I take to a desert island with me.

It would allow me to be serene, no matter what is happening, and therefore effective in my actions to create a life for myself on that island, or to train myself to swim long enough until I reach civilization again. It would give me a life well lived. That one dinky audio.

I had a “conversation” with Source this morning. It was about the Dark Side attacks I have been bombarded with for the past two years or so.

It’s nearly 24 hours a day, and it hurts. It’s mostly attacking my muscles. And concurrently there is the emotional misery created by the transmission.

As I have shared before there are five people that are doing the transmission. Their intention is unclear, although broadcasting misery could be a tool to cause humanity to evolve… but it isn’t doing that, does it?

If that is what those five want, we want the same thing… so why haven’t they joined forces with me? I asked Source. Because you are soft… came the answer. Soft? Yeah. Because you want to sell your products, you are trying to please people. Hm… yeah, in a way that is true.

But in addition to pleasing people, I have created the magic missing piece that those five haven’t thought of: the Unconditional Love Activator.

And isn’t that what you always wanted… really? To be a match, instead of a beggar? At the mercy of fate, at the mercy of handouts, miracles, gods, and such? 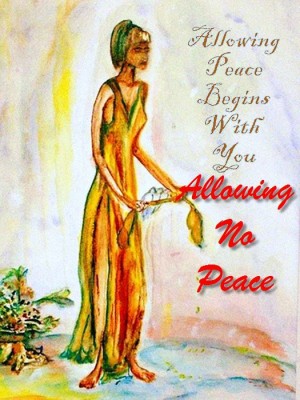 PS: If you are one of the people who have bought the Unconditional Love Activator and you are not using it… you are stupid. You are like a person who has a winning lottery ticket and aren’t cashing it in.

PPS: Whatever you allow to be, allows you to be. Exactly the opposite of the many memes circulate on the web. millions? Probably. This is another example to prove, that the majority is always wrong.