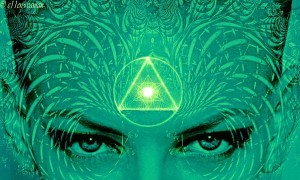 Like with all things spiritual, humans in all ages, reversed the statement “god created man to his own image” and created gods to their own image. Ugh…

I am not familiar with all religions, and religions is not what I want to talk about in this post, but it is worth looking how Moses, angry abandoned Hebrew prince, forced to lead the Israelites out of Egypt, saw god as he was, angry, jealous, possessive, vengeful, inhumane, murderous, punishing, etc. Nasty piece of work… lol, not funny.

The Indians with their thousands of gods, their dancing Krishna drinking, eating and having sex with thousands of young girls.

One of the symptoms of this reverse modeling is the chakras: utter nonsense.7% truth value… huh?

One of the chakras is the Third Eye… the video I put up the other day shows what people think it is… seeing what is visible… useless. Why would you want to have third eye capacity if all you are interested in is physical stuff you can see normally.


The capacity of the third sight, or as I have been calling it, The Sight, is seeing beyond the veil, seeing what is not visible to the naked eye, not even with a microscope and other tools does not sit on your forehead, does not connect even to your pineal gland, because it has nothing to do with your physicality. It is connecting to what Consciousness sees… Consciousness that stores what it sees in the zero point field, not in your mind.

I didn’t intend to activate something that millions of websites talk about, the third eye, it just happened. But that capacity is something that people crave to have, but then not use… as we’ll see later. 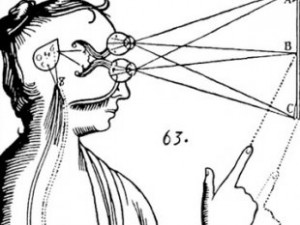 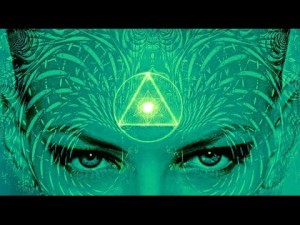 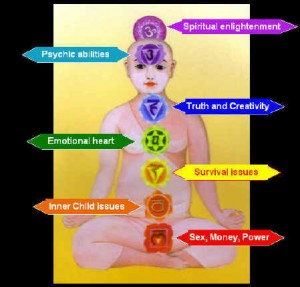 Why do you crave it? What does the third sight give you? It can give you what everyone wants to have: more certainty, a surer footing, a sense that you are doing the right thing.

It is your consciousness that sees it.

It is a rare phenomenon: a person who is in touch with their consciousness. And it is even rarer that a person can access the data at will… i.e. ask for answers from the world of the beyond the conscious awareness, beyond the world accessible with the limited perspective of the human mind.

Pretenders are around by the millions: people who pretend to access data from the zero point field… psychics, akashic record bs, past lives, healers, gypsies, empaths, fortune tellers, etc. Beware, one half of one percent of them is real… which means 199 from 200 are fake.

As a capacity The Sight is on everyone’s DNA tree, but the capacity is dormant, or if it is open, it is not accessed, not used.

Don’t forget: the evolution of humans is in the direction of Human Being… and Human Being, I say, includes the activation of most capacities on the DNA tree, unless there is an even higher stage of evolution I cannot see.

Just like I could not see Human Being, the paradigm, from my human state, where I reduced myself to a selfish little clod of ailments and grievances. I still remember, it was horrible.

“This is the true joy in life, the being used for a purpose recognized by yourself as a mighty one; the being thoroughly worn out before you are thrown on the scrap heap; the being a force of Nature instead of a feverish selfish little clod of ailments and grievances complaining that the world will not devote itself to making you happy.”
George Bernard Shaw

I remember when I first recognized myself in that quote.

My life was never the same again.

That awakening was the function of my third eye allowing me to see what’s possible… That quote has been around forever, and that quote hasn’t changed people… because…

Because the third eye is a DNA capacity, and it will turn on either through intense suffering or through strong energy that can turn on the switch.

For myself, to activate my dormant DNA capacities, I chose the path of intense suffering. I don’t regret it.

The butterfly doesn’t complain about all the pain and all the work it had to do in the cocoon to become a butterfly. For a butterfly that is how it is.

Only the human thinks things should be different than they are.

Every other living thing adjust themselves to how it is, to reality, and make the best of it. Only humans think that they know how reality should be… and then proceed to meddle in it.

One way they do it is they announce that there are chakras, and the third eye is on your forehead.

Consciousness, when you want a location, is behind you. And it communicates to you, not through your head, but through your spine…

Ego doesn’t sit in your head: it sits on your chest and your throat.

Subconscious stores stuff in muscle memory on the chest…

All this chakra b.s. is a human attempt to explain how it is… and it isn’t that way.

So what are the “symptoms” of the third eye DNA being activated?

It’s silly to call it symptom, as if it were a disease! But there are real signs, that make you know that you know things from the beyond.

I have been working on this question for a long time, after all no one could tell me: I don’t know anyone who is conscious enough to actually know.

One of my tools to prove to myself that in fact the third eye sees even if I don’t, is playing a computer game, Freecell, not from my mind, but actually allowing the non-physical seeing, The Sight, to guide and move my hand.

For a headstrong person like me this is excruciatingly difficult.

Here are my observations:

This, the lack of humility, is why people still contact me to double check their decisions, even though they can muscle test for others: because giving up control is excruciatingly difficult, just ask me, and most anyone I know. Muscle test is another way to access Consciousness.

When I first discovered that this sight is a capacity, a DNA capacity, I muscle tested how many people already have it, and found that 18% of all people have this capacity open, ready to use it.

Now, let’s see how many actually use it to guide their steps, ok? One half of one percent. Mind boggling, what a waste!

So, it seems that the biggest issue is not the opening of the DNA capacity, but teaching you to be humble, and to allow the fear to be, but not to stop you.

And that is going to be difficult.

In my webinars where I test people if I’d accept them into the second phase activators course, I test them with the old Humility activator.

Humility is a DNA capacity. A capacity that allows you to say: “I don’t know anything compared to what there is to know. So in order to be open to learning, I am going to declare myself incompetent. I am secure enough in myself to do that.”

I have found that the less capable a person is in their life, the tighter they hold onto their control. The less someone’s knowledge is worth, the less they are willing to say: “I am incompetent” so they can learn.

Like with everything, growing won’t depend on one factor… Example: synthetic fertilizers contain only three of the elements, three of the minerals a plant needs to be healthy and nourishing.

Then humans give themselves and to livestock synthetic minerals and vitamins to fix that… but of course that doesn’t work.

The same applies to all of life, including evolution.

Only to the degree that you have the capacity to let go of control (humility) you are going to be able to benefit from The Sight activator, or probably any other activator.

I am willing to activate the DNA capacity of humility to everyone, because it seems that without that none of my work can work. Humility, the end of arrogance? Who am I kidding, right?

I will do it on webinars… not on individual requests. Why? to reach as many people as I can in the shortest possible time.

But activation really only happens individually, I have to grab the switch and throw it… So I need to see the names of people, it seems. Because, although it will be on a webinar, it still has to be done individually. I need to connect to a person and push the activation through, one at a time.

No worries, I have never had a webinar with more than 40 people, and I bet these webinars will have 6-8 people on them, so it will be fast.

I’ll start with the people who have already activated capacities.

I am thinking of doing it on a Sunday noon NY time. I know it is the wee hours of the morning in the Far East, so Far East students and clients: let me know what would be a good time… Saturday morning 8 am my time? Let me know. I have scheduled one call for both regions for next weekend.

If you have any of your DNA capacities activated, please register in the webinars already scheduled. You can come as many times as you wish.

Haven’t activated yet? Don’t register yet. I’ll remove you anyway.

https://www.yourvibration.com/openmic1 The link takes you to my subscribers only site. You need to be a member to be in the webinar. If you are: just log in. If you aren’t, then register. You’ll be taken to the link to the webinar registration, and you’ll also get the link in your email.

Why do I want you to be a subscriber? Remember the verbal Dutch guy I quoted extensively in a recent article? The one that wanted to be like me without having to pay with his work, with his pain, with uncertainty, with money? He didn’t want to be a subscriber… He just wanted to abuse me… Hah… I have boundaries… no abuses accepted here. Unless you are willing for me to have a little piece of you, you get nothing from me… especially not a free activation.