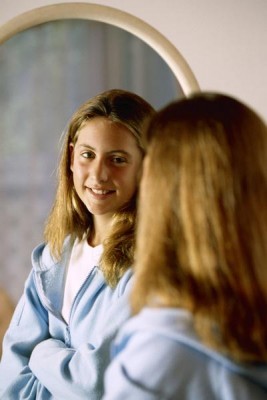 A new student of mine writes:

I think self trust is a big challenge for me, and building self trust is necessary as a foundation before I can trust others and build authentic relationships. I gain self trust by genuinely provide value and service to others. There is no short cut in gaining self trust and trust from others, and I need to build my skills and deliver my value solidly step by step, like building from the ground up to a skyscraper.

In my current choice in career path between the two opportunities, the important thing to consider is not what job it is, but rather which job allows me to use my skills to provide value to others in a solid way. I want to start afresh on a solid ground by being genuine in what I can contribute, and no more pretending that I like it or I am capable of doing the job while I don’t know what exactly I am doing.

I muscle test if he has the ability for self-trust active, and the answer is “no”.

His entire speech is a true reflection of our culture that ignores capacities.

Why? Because we live in a society that denies DNA differences between people, let they’d call you racist… but accepts and validates fight, killing, war, between religious beliefs, between different political parties… what a world we live in. 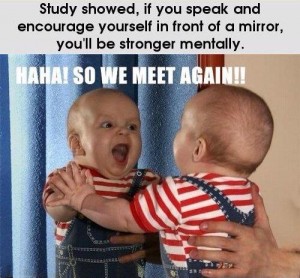 Our culture ignores the real, and validates the unreal.

There are real and profound differences between people, in their DNA. Undeniable differences.

Capacities deal with beingness, which is an inner stuff, and behavior deals with the outward stuff.

You cannot teach beingness, but you can teach behavior.

If you don’t have the ability for self-trust, then you will never trust yourself. You’ll do as if… (behavior) but when I connect to you, I will feel that you are full of doubt, because the behavior is inauthentic for you.

That is inauthenticity number One, you pretending to be something you aren’t.

The second, lesser known inauthenticity is newer, and it is quite apropos: when you pretend you don’t have an ability… but you do, you’ve just paid to have it activated.

An activated but not “realized” ability is like an Amish village: you have the electricity turned on, but people don’t use it. (If I am wrong about the Amish, please forgive my ignorance… I actually don’t know.)

When one naturally activates an ability, through suffering, one learns to use it, like a child learns to walk the moment he stands on his feet. So, albeit it is a gradual process, it is organic.

You need the ability, you activate it, and you use it.

Like the ability to bear pain, to tolerate pain… You are tortured, you need the ability, it turns on, and you notice you want to cry, you want to faint, but you don’t have to.

When I activate an ability, or when you inherit an ability, you don’t know how to use it, you behave as if you didn’t have it.

It was like that for me with many capacities: I didn’t even see my parents use them… they inherited them too.

Besides, most capacities are not outward, they are really being capacities, like humility. Like seeing into the invisible.

My father was an amazing man, in this regard, he knew when to move, when to speak, what to say, saw stuff other people didn’t… in one area of life: work. In day-to-day family matters, no. He didn’t. And that is the aspect I was exposed to…

So when you have an ability active on your DNA, but it’s unused, it is like you don’t have it, until you really really really need it.

The first person who got the sight activator, the ability to see the consequences of your actions, needed it once this week. He was delivering display material to schools, and he was afraid he didn’t have enough, that he’d run out… and the schools were far from his home.

At some point the ability kicked in, and he said “I can handle whatever happens, so I won’t worry…”

The more opportunities you have, through pain and suffering, to realize a different way of being, the more the activated capacities will be available for your use.

Acknowledging the source of the result will be essential here: if you know that it was an ability that saved your day, then you will connect to it easier next time. If you don’t acknowledge it, then nothing happened, you didn’t activate.

You’ll need help in the beginning. If you call something a miracle, for example, then you will continue looking for miracles, even if the miraculous result was caused by your ability influencing your actions and your beingness.

Trusting yourself is a matter of the relationship between you and you.

I have the Unconditional Love Activator for that: it is an old style activator, and it slowly switches on some DNA capacities that are needed to have a loving relationship between you and you.

I was sure it was going to be hard: I hadn’t done it in years. And then it took a long time to connect.

I looked at the person in the mirror, and started to see the glint in her eyes. That is a kind person, I thought, and I connected deeper. In about a minute I was in love with the other person, I fell in step with her, and I experienced the euphoria of being with a like-minded person, of having a partner in crime, of belonging, of ecstasy.

Wow, I’ll make a habit of this. 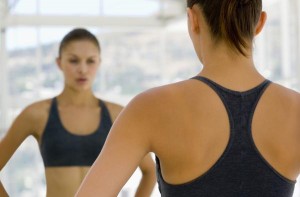 Without some capacities activated, of course, this exercise will be a chore. After all the person in the mirror sees you naked, the way you are, and also the pretense: the way you want to be seen. They can judge, you, they will evaluate you, and you need to be there for that to happen, to allow it, and to keep on connecting to the person in the mirror while they do whatever bad stuff they are doing to you…. lol.

It’s the hardest thing for most people. To be seen, to be judged.

But if you can’t connect to the person in the mirror, then you don’t connect to anyone, including your own self. And you feel lonely, unheard, unexpressed, shut down, hiding, etc.

What capacities do you need opened to be able to connect? At least the missing ability for the new student in the beginning of this article: self-trust.

Once you have that, the rest will show itself as missing…

And now that I am looking, you need self-trust for humility as well… Maybe I’ll add self-trust to the free webinars‘ agenda… why not.

After all the more capacities you have activated the more I can work with you.

It is my self-interest. Hm… interesting.