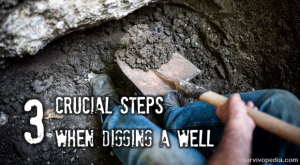 I hope by now it is getting a little clearer: an activated ability, an unlocked ability is useless until you need it.

You create opportunities for needing the new ability by “putting yourself in harm’s way”, meaning any activity where you can fail, where you can be proven to be less than, stupid, look bad, etc. unless you use your new ability. What activity? You’ll be surprised that also any activity that fits the criteria.

The process is called “actualization” or said in another way, making it real, making it working, making it show itself.

Most self-help programs, especially extreme programs, work on those… bringing your hidden and unused abilities to the surface, to work. I experienced that in many: fearless, self-trust, the sight all got revealed to me, and given a workout. Maybe more… I haven’t done any of those programs in a long while.

Actualization… Actual… as in real. Real for you, real for others. The opposite of actual is imaginary. Maybe even potential. but not real. 1

One of my clients I have written about a lot, has just inherited his father’s company.

He expected that he would either buy the company or inherit it… years ago.

I was working with him, then, to install “ownership, which is an ability to look at everything as yours to handle, your to see…

The crucial ability to make anything work, including running a company.

He wasn’t thirsty at the time.

He wasn’t thirsty at the time.

He is thristy now. So thristy, that he is willing to throw money at the problem…

But here is the problem: money will not suffice… he will have to, eventually, face the piper, face the tiger, and start becoming an owner, not just on paper.

It will be painful, guaranteed.

Because, even though I have unlocked a ton of abilities for him, he hasn’t put himself in the position when it is do or die… you swim or you sink.

And supporting him, remotely, is not my best capability: I actually have no clue how to make someone start, if they have never done anything that I can build on.

What would you do if you were me?

Can you give me some ideas?