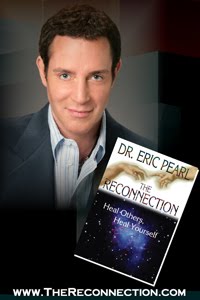 I am reading Eric Pearl’s book, something or other Reconnection.

The book has a 2% truth value. Which means that 98 percent of it is untrue. And 20% of it is deliberate lie… the rest is delusion, tree of knowledge, etc.

I am reading it as a novel, a fantastical story, and as such, it is funny, witty…

He meant it as telling the truth, and teaching how to heal people…

I watched all episodes of the Mentalist, where the guy, the main character, plays a once fraud, who could talk to the dead. He knew he wasn’t a psychic, he was “just” a good observer, much like Sherlock Holmes.

But our Eric Pearl, personal vibration 170, actually believes most of his story, except for the 20% deliberate lie.

He does wield energies. He does do healings. Not like in the book… but healings nevertheless. I have experienced a student of his method: that did nothing.

Energies don’t heal, the body heals itself, but energies remove blockages, and energies can feel unbalance and bring it to the brain’s attention…

A blockage removed means the body can heal itself. I do that too. A correction of unbalance means the body can function normally, and it heals itself. And often the brain doesn’t know it is dealing with unbalance, because it’s been around for so long… With energy added, the brain says: holly shit, I am unbalanced, and corrects itself.

Now, when I search for DNA sites, I find more than anything I can imagine.

DNA b.s. is up there with religion…

Which means that I look like just another wannabe, another fraudster who has fantastical claims but only placebo results.

My interest lies with evolution. Evolution is imprinted in the DNA. I mean the path…

One example, for example, is the Jews activated a group of DNA abilities, that collectively can be called book-smarts. They can learn ancient texts, have a strong drive and curiosity, can attempt and succeed in understanding arcane rabbinical texts… and the same abilities make them succeed also as lawyers, doctors, scientists.

It took a thousand years and a lot of suffering.

Now, many Jewish kids don’t use their abilities… they are too comfortable to mine the depths and richness of their abilities. Because, yes, it takes work to mine what you have.

Now, what I say I do, I energetically unlock those DNA abilities. The abilities that are already there, just would not turn on, would not get unlocked, activated till you go through a thousand years of suffering.

The energy required for that is not very strong, but it must come from all-of-it, which I call Source. And it needs to be needed… not vanity but need.

But like the rich Jewish kids… the riches of the abilities, what is possible need to be mined, cultivated, or they are as good as if they weren’t there.

The ancestry effect of activation

In many examples I have seen, the offspring of the person whose abilities I activated, benefits from the activation. For reasons I don’t even try to understand, the DNA change goes both backwards and forward.

The first time I experienced this was like this: a 60 year old grandmother got Unconditional love, the love between you and you, activated. At the time I had no idea what I was doing, but it worked.

The grandson of this woman was a troubled five-year old kindergartner. He was lewd, rude, abusive, and threw tantrums like nobody’s business.

The day after I did the activation for this woman, the kid, on the way to kindergarten, told his grandmother: “I am setting up a goal to myself. I am not going to throw any tantrums for the next 30 days.”

And then he didn’t. and hasn’t. This was four years ago.

His environment was still unhealthy… but he started to grow along the lines of a person who has self-respect, self-control, self-trust.

He needed it and he felt it.

Have you ever thrown a tantrum? I have. It feels like being put in the meat grinder… you are jerked by a power you can’t control. It is not fun. No wonder people think of exorcism… Shame and regret follows… horrible. Feeling out of control… doing things you don’t want to do.

The ability activations I do nowadays are more pinpointed. I activate single abilities, not a group like before.

People are so focused on themselves that they never look at their children or their siblings to see if there was change there… and maybe watching them they can start mining the new abilities themselves.

That is something to consider.

Because, I suspect, you don’t even recognize the new ability… like the natives didn’t see the ships of the conquistadors.

PS: I haven’t watched any of his videos… but you may want to
https://www.youtube.com/watch?v=09zbQBciekg

I should give you the feeling inventory to see if you know what feelings you miss… I muscle tested when I did the test myself… we all fancy that we feel everything, but we don’t. I didn’t… The test has 100 feelings on it, and I only tested yes on 30…

When I was activating feelings, 3-4 years ago, people had more resistance to feelings than they had for abilities… I think that could tell you something.

I’ll see how to do it. Maybe I’ll do it on webinars, once I am done with activating humility and self-trust was it? this coming two weekends for people who are on my subscriber list.

Humility is the basis of being able to learn anything… and self-trust is, of course, the big big missing to do something new, to muscle test, to know which way to go, and even the ability of The Sight…

Need to link to register in the webinar? Go to the subscribers’ site. Log in or register. The link is on the main page.

For capacities activation, please refer to earlier articles for link to pay.