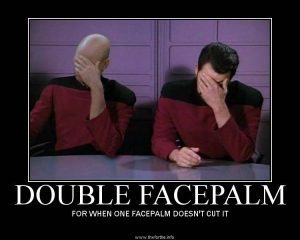 But even if I, with my physical eyes, and my ‘brilliant intellect’ can’t see that the game can be saved, taken to winning, be turned around, be saved… if it can be, consciousness will see it.

To the limited perspective of the human mind, I take those games, often, to dead-end-looking places, where I surely don’t think the game can be saved, turned around, and become a winning game again.

I am originally very emotional, very jumpy, very willing to burn bridges, very keen on keeping things neat, and none of those behaviors are good for any of the games a person can play… they all lead to disasters… unless you can turn the game over to consciousness, and watch the wrinkles smooth out, watch the bridges rebuilt, watch as from chaos flowers can be had.


There is a soul correction that is called “Order from Chaos”… with the limited perspective of the human mind, I always advised these people to look from the Observer position, to not be involved in the chaos. But as I am writing this article, I can see that unless The Sight capacity is activated, and functional, my coaching is off… and the magic of creating order from chaos, the flowering of the white lotus from black mud will never happen…

The Observer can see, but it won’t act unless the relationship between you and your consciousness is restored by turning The Sight on.

Of course, there are other capacities that have to be on…

For example, if you don’t allow consciousness to move you, physically move you, make you say one thing instead of the other thing that you normally say, move this instead of that… pick up the phone, go to bed… whatever action consciousness sees as a constructive action… you’ll have little benefit… maybe an insight… but not the result.

If you honor fear instead of consciousness pull, then, of course, you won’t have the result.

One of the things The Sight will make possible is to have consciousness point out what capacities need to be turned on to win at a game you are playing, to unstuck yourself from your fixed opinion about yourself or others.

Capacities activated make you wise beyond your years and personal experience, even beyond your education. Wisdom is able to tune into ageless knowledge without knowing a thing about it.

The capacities that make a human are around 160. Half of them inactive, as if they didn’t exist. But they do, they just need to be turned on. 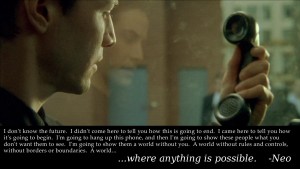 You don’t have the capacity to fly… but you can turn on the capacity for your spirit to fly. It’s not your fancy, not your imagination… but your actual spirit that can fly.

Turning on capacities is not that difficult for me… with Source’s energy. The hard part is to wait out your “inner team” to want to align themselves to the new capacity.

That takes time, patience, and often a lot of conversations, finding the right words for me to talk the resisting team member to cooperate and allow the activation.

Without the alignment of your team: mind, ego, will, soul, cells, ancestors aka history, the subconscious, you won’t be able to use the new capacity, even if it is turned on.

Every team member cares about the company, but they care about themselves more… familiar?

Yeah… I have seen it all the time, even in companies as small as a chiropractor’s office: two people, the receptionist and the chiropractor… pulling in two different directions.

So in a bigger company, like You.inc it is even worse…

And forcing doesn’t help… enforcing… let me laugh. Only inner harmony will produce the kinds of results that you want.

And that takes work… what kind of work? I have no idea, to be honest.

I am experimenting with a few people.

All and any ideas are welcome…

Activating capacities through pain and suffering is one way to go. Asking me to activate them, another.

One of my students brought up critical mass yesterday. That maybe at a certain critical point the whole planet and every person on it could have their capacities activated.

If I had a student or client who is the descendent of Genghis Khan, that would be much easier.

I read in a book that they found the Y chromosome something or another allele… and according to calculations, there are one billion people who have the specific allele (marker, I think, a combination of atoms, molecules or energy?) that was special about Genghis Khan… A billion. One seventh of humanity.

If I had a student from that line, through the ancestry, one billion people would suddenly have The Sight, or humility, or creativity, or caring…

Muscle test says I don’t know anyone who is a descendant of Genghis Khan… but I know of people like that. The are public figures.

They don’t necessarily look like a Mongol… lots of mixing of blood in the 800 years since Genghis Khan lived.

I only need one person.