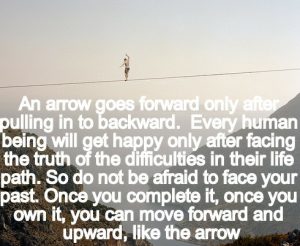 You don’t seem to be able to change…

You have been unsuccessful getting their guidance, getting your information from outside of the mind.

This manifests, among others, in your inability to muscle test correctly.

The question is why?

The phenomenon, what actually seems to happen is this: you understand where to look, how to look, and you nod rapidly. You bring great examples to show how you just succeeded in using the new capacity… but I can smell the mischief… you are trying to throw me off my tracking.

Now, I say “you” but who is this “you”? What aspect of a person am I talking about?

In this case, the dominant aspect, your delusional self, who you fancy yourself to be, your “precious I” you defend at all cost.


The Precious I is interested in you staying alive, and it will enforce the actions you have already performed, the knowledge you already have, after all you are still alive. Proof positive for the ego. The ego is also the Precious I…

So, if you have been sick, but alive: it will push the actions that you performed to get sick and stay sick… it demands that you continue them… and repeat the “knowledge” that lead you there.

I could have filled this page with the way you got yourself to where you are now… and you are here.

The Opponent, the Ego, is part of your team, and it needs to be enrolled to help you get where you want to be, feel how you want to feel, about yourself, about your life.

There are two issues here,

Something from the past needs to be completed.

Or you can expect life to continue the way it has been.

Insight from March 9, 2018: Your whole world view is part of this “Opponent” and is invisible to you.

This, the survival decisions of your ethnic community is completely invisible to you as a view… for you it is the truth.

I had to move from place to place, country to country, to leave some of the ethnic world view behind and not suffer the consequences.

If your chances for survival depended tens of thousands of years ago on being accepted and taken care of your tribe, your “ego” still thinks your survival depends on the same… so you’ll be very reluctant to even see what are the “truths” your ethnic community teaches you. And to change your view about them… OMG…

One of the “truths” my Hungarian/Jewish community lives by is this: “If you stand out, they’ll cut your head off”.

I am 70 years old. All my life I struggled with the inner desire to stand out, and the inner “truth” that if I do, I’ll get killed.

It’s a real struggle. You, on your path to grow, will be asked to “violate” some of the truths of your ethnic community.

By ethnic I mean mostly country, or if you are from a minority, that minority’s world view. They way they view themselves, their “not the same ethnicity” people, their chances, etc. A view of the world that seems like the truth.