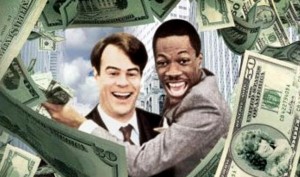 Most people that complain about lack of opportunities would fumble the ball if they got it… Fumble means: drop the ball.

The illusion is that what is missing is an opportunity, the funding, the money to start something… is an illusion, and it is a very harmful illusion. It makes you look at blame… not yourself.

Similar to this: support is missing. If your parents, spouse, the society supported you… blah blah blah.

It’s all illusion… as in a lie. Bull crap.

There was an incident in my life that I go back to often.


In 1992 I had a big space at the back of my office, that was unused, but I paid for it. A coaching client of mine, a talented black musician, wanted to start a business selling his music…

He wanted my space, he wanted my backing. I said yes, with a condition.

I said: “You must accept my guidance. I have been in business, successfully, for 15 years… you must follow my guidance.” 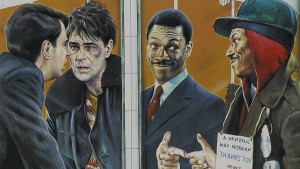 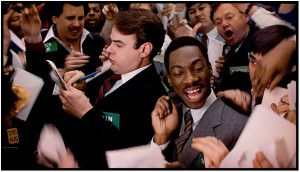 He said no. He said “I want my opportunity to succeed or fail myself.”

The fact that I went back to that incident said to me that it is hiding gold. And here is the gold I just mined from it:

Creating and running a business requires at least 30 capacities to be on and used all the time. What combination of capacities? I don’t think it matters much.

Now, why would you be interested in this, if you are not aspiring to be in business for yourself?

Because this is true to all things, not just business.

When you win the lottery, or inherit a large sum, unless you have the capacities necessary to make good use of the money, you’ll waste it, and end up at the same place where you have no hopes to make that much money yourself.

When I was in Landmark Education, the slogan was: everything is possible… In duping Dark Side media, it says that you can achieve anything you can imagine.

You can accomplish, you can achieve anything you have the capacities for.

In the past 30 years I have seen more failed projects than successful ones. The creators of the project never understood what happened.

What happened is that they set their eyes on something that required a lot more capacities to be turned on and used than what they had.

I have a student who has lofty goals, but she has only 10 working capacities, two of them got activated by me, in the past two weeks. Any chances of success? No… unless…

I have a third student: he wants to be a real-estate success. He has eight capacities working for him, three of them got turned on in the past two weeks.

This is the truth, and “opportunity is missing” is the lie.

The funny movie, Trading Places is, of course, a lie. The black dude had eight capacities… not enough to mastermind what he seemed to mastermind in the movie.

Movies, most of them, are financed by the Dark Side. Books: ditto. Inspiring quotes: ditto.

The truth is that without some energetic intervention you have only a few, ancestrally determined capacities turned on.

I am maybe a racist, but you can’t cheat nature. Not really.

Now, what about Indigo children and idiot savants, and near death experiences? 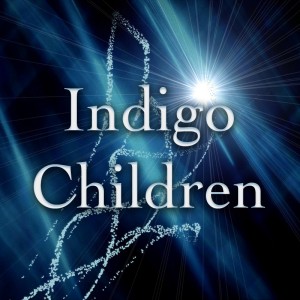 I just hung up with a non-client. I have been trying to guide him to do something worthwhile with his photography… to no avail. Today I tested. He has 11 capacities. His grandfather had 30. His father: 20. His wife: 30. His children, thank god, 20.

I activated humility for him, and will re-activate until he gets to a place where he can see that what he knows got him to where he is… so he can listen. Then I’ll activate what I see he needs next… He is another experiment of mine. I’d like to take him to 30 and let him loose.

So, what am I trying to say here?

Why was that incident back in 1992 so crucial? Because it was my first glimpse at the fact that my breath, my wisdom, my teaching is wasted until people can hear it.

Of course, you may hear whatever you hear, but not what I say, not how I say it.

The lack of capacities distort or mute what is being said.