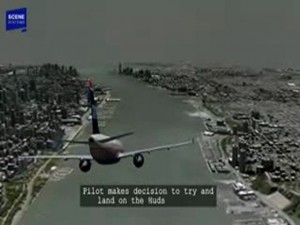 I got this email today. It’s seductive, it’s hypnotic, but the conclusion is totally wrong, misleading: the kind that makes you buy stuff and then never amount to anything.

People buy my stuff… Even though I honestly tell the uncomfortable truth: without you doing your part, none of my stuff works… except maybe the Heaven on Earth… aka HOE.

But then again, they either don’t hear me or don’t believe me…

Anyway, read the story here, and notice that what they sell is impossible… Can you see it?

He was a rather shy and reserved man who loved flying. Since the age of 16, when his neighbor taught him how to fly a cropduster, Chesley “Sully” Sullenberger had developed a fascination with airplanes.

He would attend the Air Force Academy and graduate in 1973. While in the Air Force, he flew F-4 fighter planes.

US Airways hired him. He flew commercial airliners for the company for 30 years. On the side, Sully became an airline safety expert who consulted for NASA and other major players.

No one had any idea this training would save his life and the lives of 155 people.

Within minutes of taking off, the plane hit a large flock of birds. Both engines were disabled.

Neither would work. Engines were dead. The plane was going down. He had to act fast.

And so he did…

Sully decided to do the unthinkable.

The plane was hovering above the Hudson River. Sully glided the plane to a landing on top of the frigid water. 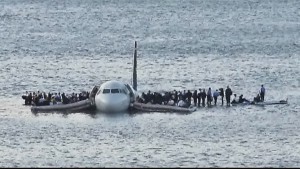 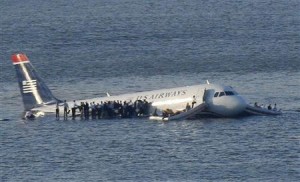 Lucky for him (and the 155 passengers), he was able to maneuver the plane to a perfect water landing.

He didn’t want to be a hero that day.

But he had no choice.

In an interview with news anchor Katie Couric, Sullenberger said: “One way of looking at this might be that for 42 years, I’ve been making small, regular deposits in this bank of experience, education and training. And on January 15 the balance was sufficient so that I could make a very large withdrawal.”

Hopefully you’ll never have to do an emergency landing in a jet airplane.

But consider this: The number one life skill you can have is the ability to interact with people in a way that allows you to convince, motivate and influence them.

And the number one way to communicate with people in a convincing, motivating and influential manner is knowing X.

Like Sully, you could start making “regular deposits in this bank of experience, education and training.”

You do NOT need to invest decades to begin mastering the basics of X.

All you need is a copy of this program… Watch the videos. Do the exercises. Read the transcripts.

The result: You can begin making very large withdrawals by getting more out of life than you thought possible within a very short period of time.

I mean it when I say this: As an ethical conversational hypnotist, you can put people into waking trances while talking with them… and… have people eating out of the palm of your hands right after you go through my new training videos.

You never know when you’ll need this skill to…

Or whatever the case may be.

The return will be more than worth it…

I am curious: what does the sentence mean to you: “You do NOT need to invest decades to begin mastering the basics of X.”

Could he be talking about mastering a capacity you asked me to turn on?