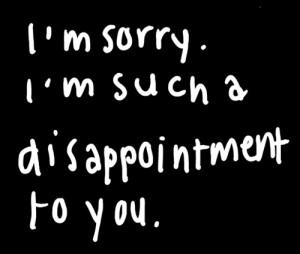 A lot of you will resonate with this. If you don’t… that is a sign of an inner desert… I resonated with it, it expressed me wholly, fully… even though I may be 60% past it. But 40% is still there…

I will put my comments, hopefully, in boxes, near where what I am commenting about. It’s rich and there is a lot to be said.

Enjoy. But most importantly, map what he says to yourself. When you can see yourself in this light, you can start to include it, embrace it, so you can grow.

This email is a bit wordy and I apologize for that. It is just that so many insights popped up after the webinar last Saturday that I just needed to share it. Feel free to discard this if you are not up for a read, I am okay with that. I initially wanted to post this as a comment in one of your articles, and then decided that that would have been a bad idea because I didn’t know which of your recent posts it applied to the most lol!

You said something that really hit the nail on the head for me last Saturday. You said the phrase “You believe that you are not good enough as you are, what you are or who you are”. I know that it was not directed at me in particular, but it hit deep and unraveled something inside that I am both excited and curious to look at now. That night after the webinar I slept really well and I knew that something was different inside…at the same time, I could also feel like I was crying inside even though there were no physical tears. I have had this sensation before, but it has been a long while that I experienced it again. I know what this all relates to “story-wise” in my history, but I won’t bore you with the details.

Parents are told to praise their offspring. So are teachers.

A child who was praised is a child severely limited.

Why? Because a praise doesn’t distinguish what is good, but effectively cuts away experimenting, making mistakes, being spontaneous, being free. All the things a child has to do to become a person, to build a strong core, to know who they are.

So, the right way is the only one left after all the wrong ways are considered…

Bottom line is, is that your phrase “You believe that you are not good enough as you are or who you are” has been the context framing my life. I thought this only extended back in my personal history to the age of 13 or so…but I realized that this actually went back a lot longer than that to when I was a much younger child! I was floored at this sudden insight. I also saw that neglect or “abuse” isn’t the only thing that can hamper one’s life…but also the positive reinforcement that we constantly get in order to fit in and become one of the complacent many can equally do some damage. I have never seen it in this way before and the sadness I feel at this revelation is enormous because it means that perfectly good parents can also be limiting to their offspring when they are coerced into conforming through religion, societal and/or cultural rules.

Furthermore, I saw that I actually don’t have a strong identity as a person. I can see that I felt secure only when I was pleasing other people and doing the “right” thing as a child…especially towards my parents and extended family members in particular. I realize that I pushed myself to excel in academics as one of the ways to belong and to be worthy of inclusion…to be loved…to be accepted…to fit in. I also realized that my activist stance is/has become a compensatory mechanism for my feelings of being “not good enough”. I had no one to blame and so I chose to blame “god” and the world for the way my life is. I now had a good reason to justify the way that I feel and felt. I could not take responsibility at that age for what was happening…and even now, I eschew responsibility by fighting all the other battles in the world because I feel inadequate in dealing with my own life. It is like I did the very thing that feeds my soul correction, but in a not so helpful way! It is like a programming that is so meticulous in the way it is executed, that a person doesn’t even need the original programmers to be around anymore in order for it to function. In my case, I inevitably hear or recall the images of disapproval (or approval) from my programmers (parents, society, religion etc) whenever I want to do or not do something…even though I am a few continents away from them all!!! Talk about mind control!

Superiority is always a coverup. As is arrogance.

Anyone who acts superior is covering up doubts, or maybe even certainty of their inferiority. That they believe that they are not enough, not good enough the way they are.

The same is true for pretense: the only reason to pretend is to cover up the “truth” that you are not good enough, you are not anything enough.

By the way, if you were at my DNA activation call when I distinguished “appreciation” you know that the moment you find yourself on any scale, life becomes brighter…

Your not enough puts you off the scale… renders you non-existent.

So your instant tool is to evaluate your behavior, knowledge, skill on a scale of minus 100 to plus 100… Example: minus 70. Yaay, you ARE on the map, so you can get better.

When you are off the map, you are lost, discarded, and there is no chance to get better.

Through these last few days I also realized that my Dark Side is the lovely superiority complex that I have developed over my life so far. The one where I look down at other people and say that they are wrong and I am right. The one where I also consider most other people as stupid and I am not. This has allowed me to be aloof and distant the large majority of the time…and it also helped me to feign an image of a very high level of competence while disguising the “not good enough” feelings dancing underneath. I do know that I am good at what I do and that I persevered to be one of the best at my work as a holistic practitioner…but at the same time I also allowed for a much bigger perception to be developed around me which inevitably meant that I allowed for pretense to occur. I pushed to be seen as a master in my field because anything else is and was not good enough!

I then explored a little bit more and saw that my Dark Side and Soul Correction are closely linked. I did not see it in that way before. I may be wrong, but I feel that my main work will be to work on the area of the context: “I am not good enough as I am”. I don’t know what to do exactly, but I am going to remain open and see what unfolds. At the moment though, I am feeling really creative and I can’t wait to get back to my country to paint something on canvas to engage with that creativity. For now though, drawing and sketching will have to suffice as that is what I have available at my disposal right now.

P.S: Thank you for facilitating the webinar on Saturday, it was quite an eye opener for me as you can see.