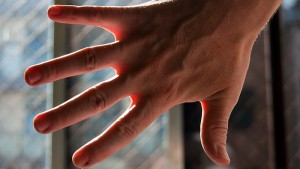 This article tries to explain something I heard 30 years ago, and it took, till today to understand. So it’s not easy, but it has the answer to the question in the title, and it has the key you’ve been looking for, though you didn’t know what exactly you were looking for.

The reason you are unhappy, lonely, unappreciated and afraid because language directly leads there.

Only people who don’t live in their heads because they have a bigger job outside to put their attention to have ever escaped the trap that language sets for the unsuspecting and unengaged multitudes. That is you. 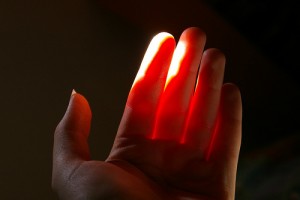 The second thing you must understand is that these things are not separate from you… not separate but distinct from you. 3

If you disregard the goriness of the example, you’ll get it. If you sliced off a thin layer of your palm… and looked: it is now separate, but it is not your palm any more. And you can keep on slicing… only what remains is yours… and it will always have a front of the hand and a back of the hand.

And so are your feelings, and your thoughts and your actions. They are the front of the hand with the palm… and you, your being, your self, is the back of the hand, with the bumps we call knuckles.

The front and the back cannot be separated, but they are distinct and deserve to be talked about in a way that gives them justice.

So when your language can only speak of the hand, as if it didn’t have a front and back, like in “I am worthless” or “I am afraid” then there is no chance for a human to become a human being, the next level of evolution, because being is collapsed into feeling, because feeling is collapsed into thinking.

Or it has a chance to be absolutely and positively true through distinguishing.

The moment you can get this, and put it into practice, you can begin climbing the tree of life, and become god-like.

In the mid twentieth century, there was an attempt to do something about language, but the people who did it, were either evil or clueless…

They created positive language… positive/negative is a subjective, thinking mode, and has no anchor in reality.

In reality… the more you follow the ideology of positive thinking, positive speaking, the more cut off of reality you must be, and the more ineffective, and impoverished you become.

It will be tough to come back to reality.

Let’s look at an example: your body is five foot four tall standing, and your body weighs 160.

Of course in the faulty language the answer is yes, no, or a little bit, or very… but no matter what the answer is, if and when you ask a stupid question, you get a stupid answer.

YOU are not fat… unless, of course, your beingness is fat… I can’t imagine it, because fat is so strongly connected and associated with the body, that I can’t see that there can be a beingness: fat.

So the question is: is your body fat? And then you answer, whatever you answer.

Those are, my the way my body height and body weight.

I, personally, see no value in putting energy into changing my body weight. It is what it is. So I keep feeding my body fatty stuff, cream, butter, fat meats. My body loves it, my brain seems to love it, and I don’t care if anyone else loves it, it is enough for me that my body supports what I am up to by giving me no grief.

It’s Christmas, when people get very depressed, distraught, and there are lot of them that kill themselves.

I felt it last night, intensely. It felt like it was mine… and my thoughts went to planning my own demise.

When I woke up around five, the emotions were gone… I guess people are busy or sleeping.

When I went to the bathroom to pee… I glanced into the mirror, and suddenly it dawned on me: even when I give you the exercise, the mirror exercise, you still think you are your body…

And when I work with you in webinars, you think your thoughts and your emotions are you…

And then all my work is wasted on you, because your beingness can’t put a word in edgewise…

My work, DNA capacity activation, works on your beingness, the back of your hand, that you don’t even know about.

And nothing changes apart from a few days of bliss… because you continue to speak the same way, whether out loud or in your head… and there you have it: you think you haven’t changed… because you have no idea you have a you that is distinct from the feelings.

Where you cannot be happy, because you have no access to being happy…

Someone with the capacity of flexibility can be with family, have a good time, overeat, get tipsy, and return to the world of beingness unscathed, unchanged, unaffected.

Someone with the capacity of flexibility can experience setbacks in the horizontal, judgment, shaming, and effortlessly return to the world of beingness, unscathed, unchanged, unaffected. Ready to do it again. Ready to go for what they want for themselves. Ready to build skills. Ready to build empires. Ready to create a meaningful life.

Just because you know the word, does not make you capable to be anything. It’s a horizontal dimension b.s., designed to keep you in the horizontal, buying stuff.

A Bill Gates, a Warren Buffet, a Steve Jobs have 40-50 beingness capacities.

An amazing character, Frank Reagan, police commissioner in the series: Blue Blood, has 20 beingess capacities. So does Madam Secretary in the series of the same name.

Most people alive on earth today, have between five and seven beingness capacities.

It’s like being able to see only five to seven colors, or shades of gray. Impoverished. Everything looks like everything else… no precision, no astuteness, no bulls eye…

When you go to a healer who has seven capacities… it’s like going to a surgeon who uses a kitchen knife set to operate on you.

Same with a therapist.

I once had a coach… someone who volunteered to coach me to be able to put that she coached me on her resume. She had ten capacities active… could she be an effective coach… hell no. I fired her after three calls. She had no idea what was my problem. How could she? So she called me names in her head… Just like you probably do.

Call me nasty, blunt, uncaring, selfish, ego driven… How would you know? You can only see what your capacities allow you to see. Yourself. Your own beingness reflected on me.

So it is time to open up more capacities and go from simpleton to someone who can see the richness of the world.

Not you, the emotion.

There have been many attempts to distinguish this Not separate/distinct phenomenon to people, but, as far as I can see, it didn’t work… language trumped it all.

I do not have the power to change the hundreds of languages, with billions of published works.

But I can attempt to knock you conscious, so you, often or rarely, catch that your language is what holds you back from becoming an expanding human being.

OK, Christmas Day. You probably won’t even see this until next week… Please make sure you start this journey… and please make sure that you have three days when you can practice… it takes three days’ practice for the capacity to be willing to stay open, or it will close.

OK, here is the link to pay me to activate flexibility for you. If you have bought it before, but never used it: you have to buy it again. Why? Because I say so. Check with me first if it is still active… please.

10 thoughts on “Why You’re Dumb, Sick, Broke, and probably miserable, fearful, and lonely”