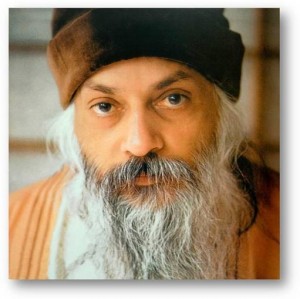 This article was written around my darkest hour…

It is still valid… but I have added some new insights to it… and I am adding a new distinction: the third brain… The brain that sees accurately through pattern recognition…

I have been looking at Osho. And I just ran out of new things to read, I opened the Mustard Seed talks at exactly this place.

All those that have come before me with the lofty goal to return Man to innocence and mindlessness, have failed. I believe that Jesus, if he ever lived, committed suicide by cop.

And I am more and more convinced that so did Osho. Suicide by cop… or a version of it.

Why would men so much ahead of their brethren with such a lofty ideal want to die? I’ll answer that after you read this quote from the Mustard Seed, Osho’s collected talks on Jesus and the Gospel of Thomas… the doubting Thomas from the New Testament.

When Jesus is there the gate is open. But you are blind: there is every possibility that you will ask Jesus himself, ”Where is the door? Where is the gate? Where should I go?”

There is a famous painting by William Hunt. When it was exhibited in London for the first time, critics raised a question. The painting is of Jesus, one of the most beautiful: Jesus is standing at a door. The door is closed and it seems that it has remained closed forever and forever, because weeds have grown near it; nobody has opened it, it seems, for centuries. It looks very ancient, tattered, and Jesus is standing at the door, and the painting is entitled ”Behold, I stand at the door!” There is a knocker on the door, and Jesus has that knocker in his hand.

The painting is beautiful. But critics always look for some mistake; their whole mind moves to where something is lacking. They did find one mistake: a knocker is there on the door, but there is no handle. So they told Hunt, ”The door is okay, Jesus is okay, but one thing you have missed: there is no handle on the door.”

Hunt laughed and said, ”This door opens inwards” – Jesus is standing at the door of man, his heart. It cannot open outwards, so there is no need for a handle, there is only a knocker. It opens inwards, the door of the heart.

Am I really like that? Am I really able to sustain my enthusiasm, in spite of the impossibility of the task?

According to my muscle test Jesus, or the man the New Testament depicts, has a vibration of 600. He had 20 capacities open out of the 160. Not bad for a man of no real need for them. I am not sacra-religious: as far as I am concerned, Jesus, if he lived, was a man. The god persona was manufactured… for the delight and duping of the multitudes.

Osho, a philosopher, needed even less capacities. The truth value of most of his stuff is around 10%. And he wielded 10 capacities.

But one of those capacities was understanding… being in the present.

It is missing for you, all of you.

It is one of the 20 capacities a medical doctor needs. Diagnosing. It takes years of work. You are not born with it. You can’t get it mulling stuff over in your head. It is the result of seeing/experiencing and being aware that you are seeing/experiencing.

You may see it, you may experiencing, but awareness is missing.

Your awareness level is low.

So, if I wanted to translate Osho’s words to a language that is more precise, a man of understanding would become “a man of awareness”…

But I believe understanding, awareness has several components, recognizing patterns, cycles, cognitive biases, the genes, and other outward manifestations of inner stuff… the capacity to recognize and see them for what they are… without thinking. 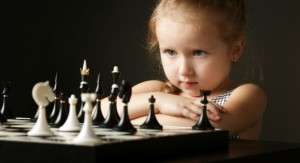 Chess players have it. Through thousands of hours of playing, consciously. I have it and I am still working on deepening it.

I have been looking if the children’s programs will have chess as the basis, and if it would work… My hunch is that without this capacity one is trapped in the limitations of the culture, in the low vibration, in the comfortable avoidance… and cannot, will not grow. 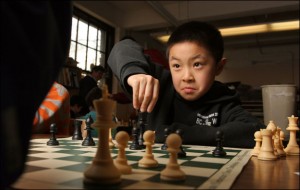 My city has several chess clubs, and you can also play chess online. What do you see about this idea for children?

PS: Since I first wrote this article, the number of patterns I recognize grew exponentially, through doing the 67 steps, coaching the 67 steps, and reading… and more reading. I think I may have doubled the areas where I am now a “man of awareness”…

So, in my case, it is darkest before dawn, has been accurate.