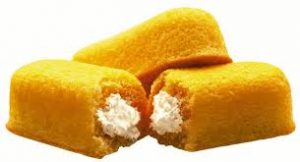 This is due to social evolution differences, they are not individual.

One area of difference is this: some are interested. Some are committed… or on the way to become committed. Some will never be committed.

What is the difference between being interested and being committed?

The story of the chicken and the pig comes to mind. They want to invite the other animals to a brunch, and want to serve ham and eggs. In that endeavor the chicken is interested, the pig is committed.

The pig has to give up something of himself. It needs to cut deep into his thigh… for the ham.

When you are committed, you are willing to pay the price.


My students, you? often buy a course to get off the hook.

You paid 47, 57, 97 dollars to get off the hook… meaning to buy the right to pretend that you are committed.

But you are lying, and you are forfeiting your right to expect results.

Let’s compare two religions… beware, I am largely ignorant about religions, but observationally, empathically, I have observed this:

Christians at large go to church every Sunday in their best Sunday outfit. They look spiritual, they smile, they pretend.
Muslims carry with them their prayer carpet, and five times a day stop whatever they are doing, find East… and do the physically involved prayer.

In my programs, Christians are mostly interested. Muslums are mostly committed, or at least know the difference.

None of the Christian virtues are possible or even desirable for humans with no capacities to be that way… so being Christian is the path to pretending.

I know it’s harsh. I have warned you… I am not here to bring peace, I am here to throw fire on you. To wake you up.

Without commitment the changes in your DNA will not happen. Never.

My goal is to put a group of people on the path to become a human being.

You need 18 spiritual capacities to be on the path.

High achievers have more than 18 capacities. Does that mean they are on the path? No. Their capacities are for achievement, not for becoming a human being.

What are some of the capacities that human beings have?

The capacities to care, accept, allow, for example, are not in the high achievers’ set of capacities, because they are not needed for achievement in the marketplace. Neither is empathy.

I don’t have a list. I don’t think it even matters.

Human beings have the capacity to look inward for the resources and the cause of them feeling well, being at peace, even being an achiever in the world. Inner… Inward.

If your religion, occupation, customs all direct your efforts outward, you are going to have a tough time to even turn your efforts and attention inward: most of you have no idea where inward is.

But, as I am noticing, even my best students misunderstand instructions according to their culture.

I got, so far, more than 20 reports on that exercise.

In every case, without exception, the email writer identified themselves with the little self. And hoped to be still loved by the Big Self.

I, on the other hand, identify myself with the Big Self, and answer the little self’s anxious questions about being lovable.

Even my students in the Detached capacity program identified themselves with the small self.

Nobody said it was going to be easy. And you know, it is really hard to teach something that is easy for me but requires a whole revolution for you.

Now, if you are committed (at all) then go back and do the exercise, but now be the Big Self. See the little self groveling, weeping, begging, and be generous. Be magnanimous. Be loving.

Oh, still reading only because of the twinkie defense in the title? OK, the link is there…