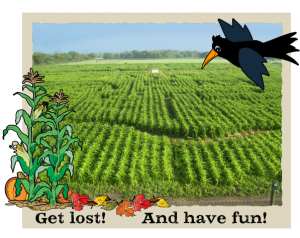 Depression, Hate, Anger… All Signs That The Dark Forces Have Gained A Foothold In You

The book was on depression, and it promised to show you the restart button, so you can restart yourself without the impediments that had caused your depression.

I was very interested. I was just coming out of a 60-year long depression, but I felt I could fall back again. That was the case for 60 years: I would climb out only to fall back again. I could never say “I am well” without adding in my head… “for now.”

With very careful and narrow-tolerance methods I kept myself in working condition for 30 years, but pretty much that is all I could do: work. No vacation, no holidays, no relaxation: every time I slept more than seven hours, I started to fall, so I had to follow-up with sleep deprivation: sleep deprivation increases your Serotonin. Depression is a serotonin/dopamine issue, I am not sure exactly how, but it seems that way.

So I was really excited that someone managed to crack this depression thing… except. 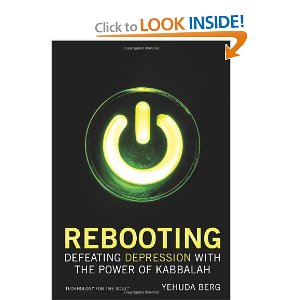 The book had one thing to say: the cause of depression is a low level of desire. I could attest to that, thank you very much. But it said nothing about how to increase your desire. The writer himself never recovered from his long-term depression either, despite his “knowledge” about it.

Fast forward a few years to this week, and something exciting is happening in this area: depression, desire, and how to beat the Dark Forces in you.

It all began with fear. Fear was named, by my readers, the number one cause they were not in action for what they wanted in life.

But although fear is natural, fear is useful, most of our fears cover up something.

In the past 27 years I’ve coached thousands and thousands of people. Some I coached once, many I coached for years.

I found only one common denominator in people, and that was pretense.

Layers upon layers of pretense.

Imagine an onion. Each layer is a pretense. Each layer pretends in a different direction.

On the top you will find the personality of the person: it is all pretense.

What is the purpose or goal of these layers? Survival.

Some time ago, I have no idea how long ago, human being was told a lie: that they are to be afraid: they are less than sufficient and less than enough to deal with life, to take care of themselves; that someone, larger than themselves is superior, and they are at that being’s mercy.

In addition to that they told human beings that the world is a world of scarcity and they need to fight with everything and everyone to eke out a living. That the one with the most toys wins… and each age had its own toys, land, slaves, calves, weapons, whatever.

The truth is that human being is a Creator and immensely powerful.

But the powers that be had to cover that up: no one can rule Creators, Creators can’t be ruled.

The powers needed to dim human being’s consciousness by introducing, layer by layer, lies, that finally have diminished human being into a fearful, powerless, conniving, nasty little beast that doesn’t know what they can do.

You may have heard the story about how they train elephants: when they are little, they tie their legs with a rope and they tie the rope to a stake in the ground. The rope is strong, the stake is strong. The little elephant can’t pull it out and run away.

Once the little elephant “learns” that the rope and the stake is stronger than him, they replace the stake with a little stake and the rope with a thread, and finally just a ring of rope on the elephant’s leg will signify to the elephant that it is a captive and it can’t run away.

Layers and layers of that indoctrination was needed to reduce a species of proud Creators into the useless, powerless sheep they are today.

Inciters were burned at the stake, nailed to the cross, imprisoned and more.

When examples of the inner power show, by accident, like the mother who can lift a car that her child got trapped under are treated and explained by her extraordinary feelings: watch a person who accomplishes something extraordinary for sheep: they start to doubt the moment they did it.

This new world is based on man being weak and helpless.

But can you really extinguish the light within? The power to create with your thought, within?

No. And therein comes the problem.

The inner tension, the inner gap between the real you and the fake you can drive you crazy, can drive you to depression, or to feel miserable.

And although humanity was “gifted” with tools of pleasure 1 to replace freedom and love and power and satisfaction, the light could not be extinguished, and it is still there, wreaking havoc, inciting mayhem, banging on the walls of the self-imposed prison.

How do you break out of a prison like that?

The first step is seeing, clearly, and specifically the many walls of your prison. Get a bird’s-eye view of it, and plan for the breakout.

Each person has a slightly different configuration of prison walls, one size doesn’t fit all.

It’s an inside job. You can have a guide, but you need to do the work.

When you look at the enlightened people of the past, you will find that they spent a lot of their time looking inward, before they pulverized the last wall and broke to freedom.

Just like we saw in The Matrix movie, not everyone has the courage and the strength to stay outside of the make-believe, reward centered world of steaks and sex, and many volunteer to go back. They didn’t do the work, they were liberated by somebody, not themselves. Like the mechanic in that movie who betrays his colleagues…

Is it possible to airlift one out of the prison, that, by the way, only have walls and no roof. Theoretically it is possible, but just like a butterfly trains its wings to have the strength to fly while he struggles to get out of the cocoon, a human being that has the layers upon layers of lies and pretenses, will need to do the work of breaking free, or they will perish and die, or go back to prison. (We see a lot of examples for that in the world, people going back to prison!)

What does that leave us with? That work: digging work, confronting lies and telling the truth, needs to be done by us.

There are even courses that can take you part of the way. Landmark Education is such a course.

Unfortunately telling the fake gurus from the real teachers, real guides is not easy.

Muscle testing while connected to Source (all of it, the all-mind, the all-knowledge) is useful.

My experience is that anyone under a truth level (vibration) under 500 is unable to create guidance that is going in the direction of liberation. And, unfortunately, not every person with a vibration above 500 is a good teacher.

It is my personal opinion that the work is the peeling off the layers of pretense while strengthening the inner core, the flame, the light within.

I have spent the past year informing the all-mind, the source of it all, about human being’s response, barriers, in the courses I’ve lead.

I’ve been doing the exploratory work. And the work has unexpectedly produced some results: a bird’s-eye view here, a sudden clarity of the top layer’s true nature as a lie and pretense discovered.

Even the small results this work has produced has raised the inner brightness of the light within.

This weekend I am testing a method of causing a bright flame, fanning one’s own fire: I will introduce a new tool that used to be human being’s tool of creation.

I am scared and excited. I am sure the tool works. I am only afraid that I will prove ineffective in teaching it.

But it’s not about me: just like before: if it isn’t perfect, I perfect it. I am unstoppable. I am fearless. I am human being.

It is the time in history to go for the prison break.

A small team of brave people will add a new tool to the burglar’s tool-box. Except this burglar is breaking out instead of breaking in…

Depression is common with people who have a desire, a flame, the light, but the layers are so overpowering that the individual can’t see themselves able to ever act on their calling.

By the way, many “disciplines” call that inner light The Soul. And because the Seat of The Soul is so close to the heart, they talk about the heart’s desire.

And that is the case with all disciplines I have encountered: they are a partial and imprecise view of the whole.

This past year, I and my brave students have mapped out the different aspects of human being. Not Chakras. Aspects. Most of them unused, abandoned, withering.

Our job is to return those aspects to their fully glory. The team of the aspects will give the individual courage, insights, the will, and the intelligence to break out from their individual prison.

Once a certain number of individuals breaks out, consciously aware of the process, it will become easier for the rest of humanity to break out.

How many people? My muscle test shows a thousand. A thousand people. We are at 19 active students right now.

Next article: what are the tools that we use to support you in your mighty task: breaking out of your own prison? Your depression, your anger, your hate, your darkness…

4 thoughts on “Depression, Hate, Anger… All Signs That The Dark Forces Have Gained A Foothold In You”