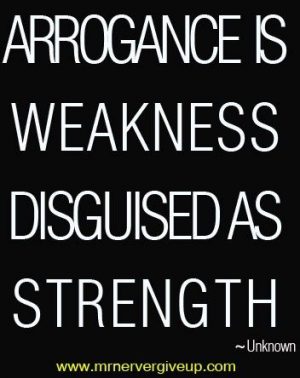 The most popular image I have on Instagram says: Arrogance is weakness disguised as strength.

Now, why this is worth writing about?

Because it is the tip of the iceberg of something really important.

We have spoken about the selfish gene. For the gene you are a survival vehicle only. And a person, who is not related to you, is competition, rival… standing in your gene’s way to make more copies of itself.

I know this is unfamiliar territory, but please bear with me, because where it is taking us is worth going to… so patience… you don’t have to understand the genes… unless you really want to.

With that said… it is human nature to compete. Compete for attention, compete for sex, compete for resources. All dictated by the selfish gene…

One way it does that is comparing. Comparing yourself to other people.

If you fall short in comparison, there are three ways to go about that.

The people who upvote that image on instagram, I guess practice the second group: they trash other people… and feel that they are not the only people who know nothing. That no one has earned the right to be confident… that their confidence is really arrogance, and it covers up weakness.

The first group is too busy competing, growing, building, learning. They don’t have time or energy to to trash others… (By the way, competing will always make you miserable… unless you compete with yourself, or unless it’s a sport. Much of science is in such sorry state is because of competing for funds, competing for recognition. Today not good science wins, but political minded people.)

So let’s talk about the second group, the people who see arrogant behavior only as pretense.

My hunch is that because the second group is ignorant, lazy, and uncultured, only resonate with the aspect of arrogance that is pretense. 1

But, because they, group two, are actually clueless in every area of life, they can’t tell their elbow from shinola… or however that saying goes, they are not able to see any difference between someone who is confident and someone who is just arrogant. 2 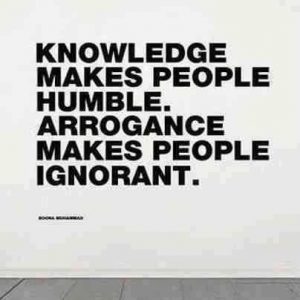 If we distinguish arrogance as the opposite of humility, then the question is: are both these groups, confident people and pretenders lack humility?

You can see that it is impossible to be humble if one is pre-occupied with what one knows, with what one thinks, with how one looks.

These preoccupations block the ability to learn.

So, without humility one gets stuck on a low level of knowledge. No exception

Of course, humility is like a faucet: you can open it fully, or it can be only open to dripping.

If it is not open fully, learning is still a struggle, and slow.

But no matter where your humility is, the intangible capacity to be unconcerned, for now, with how one is perceived by others or by their own ego, is the key to grow as a human, to become part of group one or three.

But to the ego, admitting that you may not know what you need to know, or, gasp, you may know things that are not true, is like a death sentence.

The ego needs to let go of the place it fancies itself BEFORE it is able to go anywhere else. 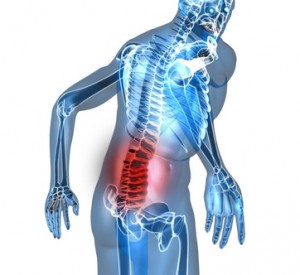 It is a natural fear to be afraid to let go. Muscles behave the same way. You have to put a muscle to sleep to allow an osteopath to reset a broken bone, or a dislocated bone. Sometimes the whole person needs to be put to sleep.

Your ego is also frozen into protecting where it’s at… and it is justifying, comparing, hating, envying, while nothing of value is added.

We could say that the capacity of humility is the difference between deserving and undeserving.

To become worth a damn you have to learn a ton. So that you have a lot of value to provide.

And when I say “learn a ton” I mean real world stuff, skills, real knowledge. Something that is useful for others.

If you fill up your head with articles and lectures, and stuff… you didn’t learn. Because your ability to provide more value didn’t grow.

Living in the world requires you to look at yourself with the yardstick of the world.

The yardstick of the world: Is what you are doing worth a damn? Does it contribute to other people? Would they shell out money for it?

Money is the yardstick of the world.

Interestingly enough, the numbers I measure, the vibration, the number of capacities, attachments are very consistent with your ability to provide value. Provide value that is worth money.

The currency in relationships is interesting. Let’s say you are supportive, loving, and an all-around nice person. Is that worth money?

The fact that you don’t get paid to be a friend, a colleague, a husband or wife or mother doesn’t mean those ways of being aren’t worth money.

Many doctors, therapists, have clients solely on the strength of the “intangible” services they offer: consolation, sympathy, an ear to listen, validation.

And they get paid. It doesn’t feel good to say: “I pay my therapist to listen to me,” not for her advice. Or “I go back to my doctor, because I can complain and he listens.”

But truth be told, most of us don’t get that at home. The listening, the sympathy, etc.

Why? Because they all need to be earned, by reciprocating them.

You are a lousy listener, you listen through judgment, it is all about you, etc.

If you are the exception, someone who at least in one area you’ve earned your keep, you can expand from that.

But if you are in group two: love the quote “Arrogance is weakness disguised as strength”, you will have a hard time… because you probably haven’t earned your keep in any area of life.

What you need is someone who can fully understand where you are at, and can hold your hand so you can get from a to b… and start this never ending journey of growth, to become worth a damn.

Some students are self-starters, and initiate all the communication. They can do the work with delayed gratification (24 hours max) of a listening ear… but my experience has been that most people stop generating themselves… So it is self-generation that is missing. Generating their life, generating their support, generating their relationship.

If you want help, you need to generate the relationship, and you need to initiate, ask for it, and use what you get… Not just be a taker… Or a pansy… hoping…

In my Playground program I make it mandatory to interact… Without interaction, without using what you learn you’ll get nowhere…