I just discovered that the version of the Freecell game is “forgiving”, i.e. you can go back more than one step… “start over again” without a penalty point.

This makes the game an even better modeling tool than it used to be.

I always suspected that the first step really decides the rest of the journey… but being a Quickstart… jumping-without-thinking-type-of-person, this would not have really mattered.

But now, all morning, I have been testing.

I noticed that I get a tightening of the stomach from the idea and the practice of looking before I leap. It’s fear.

When I manage to include the fear, and actually look, systematically, the success rate is 100%.

What could be the reason? After all I can’t see, consciously, and hold any more in memory than three steps ahead… so why would it be that the success rate is so dramatically different?

What would explain this, and my experience that “something” moves my hand?

I am starting to formulate a new theory.

Ego, Soul, small self, and Consciousness… the genetic basis

Ego’s function is to keep you the same, after all the selfish genes know that I can survive with all the behaviors I have had. Ego seems to be the genetic aspect of my behavior.

The inner battle could be the battle between the Ego and the Soul.

Fear is Ego’s strongest means to keep you the same.
Curiosity, wanderlust, aspiration, ambition, is Soul’s means to move you. 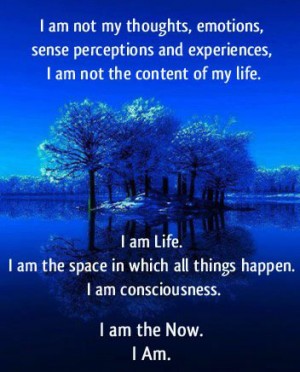 The genes don’t want change… All change, all evolution comes from a mutation… a genetic mutation of heeding the Soul’s call.

Your personality, your behavior patterns, your personality type are all the reflection of the genes wanting to keep you the same.

I am a Quickstart… a jumping jack… often ending up on my arse.

My hardest way to behave is to stop and look, consider different paths of action, model, see ahead of time the pitfalls, and prepare.

Every fiber of my being fights against it.

It’s the genes working feverishly to keep me the same.

The same is not pretty.

What is yours? Your “same”?

By the way, as a true empath, I feel stuff most people don’t. Not even other empaths.

I feel what area of the body lights up, shuts down, struggles. I even feel the mood of that area, and can translate it to words.

It’s a talent I have honed for the past 68 years.

Here are some things I’ve seen:

Your small self is like a bib… square. Doesn’t want to change. Has all the stuff “they” call subconscious… a thick fabric of memories.

Your mind is shapeless. It is just nerve endings firing.

Your soulcorrection is the direction the soul wants to go.

Your Consciousness, the part that causes you to be human, sits outside of these parts, ego, soul, small self, mind.

It could be the conductor of the orchestra… and the musical instruments are ego, soul, small self, mind.

And in some way it is… except when you are stuck in your concerns, none of those parts listen… so your life is like a cacophony… no rhyme and reason to it, no flying, no joy, no peace.

In the 67 steps and the 67-step coaching, my job is to awaken and strengthen Consciousness, so it can start conducting your life.

So how does a life look where Consciousness succeeds? The two triangles, the ego and the soul, merge, and become a six pointed star, capable of rolling… to get more, better, different. It’s like a wheel… that makes your life go places.

Without Consciousness to provide the role of “conductor” your life is starts and stops, no direction, no real movement.

Without Consciousness also there is no evolution of the species…

Without Consciousness, it is only downhill from here.

PS: don’t forget that ego is a clever bugger… the moment you see you feel empowered to change, it will prove to you that you don’t… I think this is what religions call the devil…