In my last article, I was praising Thought Experiments as a tool to get to the good life.

But: in the area of thinking you are like a human who gave up trying to walk after the first failure, and is now zipping around in a motorized wheelchair.

Alternatively, you could have been educated in the United States… the result, no thinking, is the same. Same in China…

A thinking person is dangerous “civilization”.

But I am thinking all the time! you cry…

But you are not thinking, you are having thoughts. No conscious effort.

Are any of the soul correction types fare worse off than others?

Hell yeah. Your soul correction is your cross to bear… and some are worse off than others. 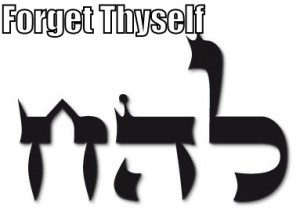 Memories… their groove (ditch) is the deepest. It doesn’t even look there is any world outside of what has already happened, either in their memory or in their imagination. I have never been able to effectively help people in this soul correction.

Share the Light… the difficulty lies in their unwillingness to share. If they ever succeeded, they saw, for a moment, that nothing actually belongs to them. So they quickly go back to misery, and owning nothing… so they don’t have to share

Silent Partner… so egocentric, so egotistic, so arrogant, that even the idea of trying on another’s way is rejected.

Circuitry… I have never been able to make any difference with this soul correction. They are the black hole. Gobble things up without looking, without considering that passing it on, allowing it to grow would serve them better. They eat the seed, and then are surprised that there is no harvest.

These three have been where nothing I have done made a difference.

Now, it would be interesting to look at some other soul corrections: what is the challenge to each that if they can overcome, they can be on their way to the good life?

Building Bridges… Building bridges has a good capacity for imagination of the end result, but diminished undeveloped capacity to map out the road, to have the tenacity to execute. They are excitement seekers, and their job is to fall in love with process, the step by step, the seemingly mundane part of accomplishment, the daily grind. If you are stuck in the groove, no future will be built.

Revealing the Dark Side: people who have this soul correction disappear fast, they cannot deal with the pressure. Their biggest challenge is to give up to measure themselves to other people. When you do, you either feel diminished or superior, neither of them is conducive for you to get out of the ditch and build a path to the good life

Removing Hatred: the biggest challenge with this soul correction is that they have zero space to admit that they have feelings that are less than beautiful. But that is already a stuck place, and how you do anything is how you do everything… you will do everything ending up the way it was or worse. The path to getting and staying out of the groove is to practice feeling ugly feelings and allowing them to do what they do. You know your feelings won’t make you do bad things… but nevertheless you don’t want to feel them… Very challenging.

Finish What You Start: finish what you start won’t play unless they can be special. Very special. Superman, superwoman. Ordinary is not ok… and that is their downfall… there is no path to the good life without going through the grind, and even the good life is 90% grind. The refusal of the grind means: never even getting started.

Forget Thyself: the challenge is giving up long held opinions about self and others. Same opinions, same life, same results… never a good life. But the opinions are stuck… This soul correction’s Achilles heel is humility, moment to moment. Tough, but doable.

Order from Chaos: this soul correction is a non-starter. Life is bigger than them, and they never seem to have enough time, enough space, enough peace to get started. I should have put them into the utter failure category. The problem, it seems to me, is that they don’t get that chaos is chaos, and they don’t have to be part of it. They don’t have to bring it inside.