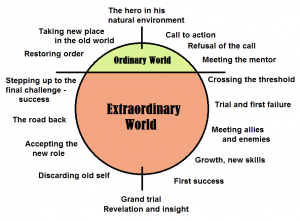 I know, I know, I am riding this distinction horse… and no one is getting on it with me.

But, don’t you think that you resisting it, or your genes resisting it… it is kind of telling?

Telling of what, Sophie?

That getting the distinction of distinction… looking at life through distinctions makes you as close to being a master of life as any human can ever get!? And that you are living in the “no mastery” zone… waiting for a miracle?

I have never done anything as smart as deciding to use the 67 step program as the structure inside which I coach people.


The job of the 67 steps, the job in moving from an unconscious life to the “good life” of conscious awareness cannot be accomplished without getting a distinction as a distinction.

I had contact dermatitis some 35 years ago. I was kissing with a guy with a beard, and next day I had to go to the dermatologist, because my face was all red and had little bubbles of gook.

Contact dermatitis. Bad stuff. Will heal with scars unless you are really lucky. Don’t kiss passionately with men with beard… was my conclusion.

Fast forward 35 years. I have pain and burning in my esophagus, the pipe that connects the throat with the stomach.

I had no idea what to do with it. And hundreds of millions of people around the world: we are clueless.

If we had that burning on our faces… we would look what we put next to our skin, and go to the dermatologist.

But it’s inside! So we try to avoid food that makes acid… Now, you may not know, but acid has nothing to do with it. The skin is inflamed and has little bubbles on it full of gook… inside your stomach and inside your esophagus.

I have even seen lately some in my mouth… but still had no power… until I heard the talk by Joel Wallach, put two and two together, and the distinction got extended:

Contact dermatitis is a skin reaction, a phenomenon when you put an irritant next to any skin, inside or outside, and the skin responds in a dramatic fashion.

The only real solution is to NOT PUT THE IRRITANT THERE!

Without a clear distinction you are in a fog: no power, lost, misdirected, suffering the consequences.

One of my students, like myself, is hindered in life by not wanting to do the things she doesn’t like to do.

I bet you have stuff you don’t like to do yourself.

But here is the problem: if we looked at her life, there are many things she doesn’t like to do, judging from the fact that she doesn’t do them.

I’ll bring myself as an example, because instead of going through the many questions and answers, I can just look, right now, at myself.

When I look, each dislike has a different reason, so one action would never manage to counter them all… see the similarity to contact dermatitis and heartburn? Similar symptom, different cause!

So without picking out one thing and see what is stopping me to do it, then another… and another…

If I am lucky: the reason is the same: no pleasure…

But in my list it is not true: once I am in the shower, it is lovely. Once I threw something away: it is lovely.

So it is something deeper…

Distinctions are in the deep, at the heart of the matter.

Like the Selfish Gene is at the heart of life… at least that is the current depth we can go, we can see.

Now, what do you need to be able to grasp a distinction, or “distinction” itself?

A student asked me, yesterday, to turn on the capacity for being astute for him. I looked deep into him, connected to Source, and asked permission. The answer was “no”. It wouldn’t stay on. Why? Because you need at least 22 supporting capacities, intangible capacities to keep astute on. Some capacities cause a real epigenetic shift, that is inheritable… Turning on “Astute” is probably one of these.

Remember, each capacity is an active or inactive, operative or inoperative little piece of DNA… and genes want to maintain “homeostasis“… i.e. no change. This is why they can be called the Ego. 2

But what do you need, if you don’t want to read the Selfish Gene, don’t want to pay for capacities, but still want to go for the good life, which, as I said, can only be accomplished if you can grasp distinctions, instead of examples?

You see, there are a million ways to achieve misery, only one to achieve the good life…

If you are in the 67 step program and not the Reclaim coaching program: I promise you no rose garden. Lef to your own devices, you will not see the distinctions at all.

Tai’s 67 step program has at least 67 distinctions, probably hundreds. But without seeing them as a distinction, you’ll not grow much.

And if you are not in the 67 step program: why aren’t you? You live on hope? Hope for luck? Hope for the existence of the miracle, some god, some fluke?

Hell, have a good time. I really don’t care.

P.S.: Stupid as the stupid does…

Interestingly, you can be stupid in a million ways… but only one way you can be intelligent… through seeing the building blocks of life just above the genes (replicators)… which are distinctions. Distinctions of behavior, distinctions of perception, emotions, and all…

P.P.S.: Do you need the capacity to be astute to be able to get to the good life?

The capacity of astute is to see a distinction that no one has seen before. One in a million can do that.

No. for the good life you need to be able to see distinction when someone has already done the work and they are showing the distinction to you.

So what do you need for that? So far I have distinguished humility and the ability to see the big picture as minimum requirement.

So far it seems that even those need some supportive other capacities, because to understand what one needs to do, and from what mindset, to increase the size of the picture they see, has been difficult for the “test subjects” to grasp, and the capacities need to be re-activated.

I will write an article when I find what other capacity, or what mindset, or what practice would enable YOU to be able to see a distinction as a distinction.

Years ago, when I first encountered distinctions, I saw that a distinction is like a hole punched in a wall, through which you can get a fresh look at life. It alters everything. Nothing looks the same now that you are looking through this hole, instead of the window.

Distinctions cause a dramatic increase in your power.

PPPS: in fairy tales the hero is taken through a series of “riddles” or tasks before they are given the prize they seek.

Did you think it is not so in real life? 3

In real life the obstacles are really the distinctions… or the opposite: being blind, not being able to see the essence of issues… All trials and tribulations are connected to distinctions… to learn them, or perish.

You can only see what you can see… and without distinctions you can see mighty little.

Unless you take it on, like the heroes in fairy tales, to get through the tasks… Because you now can get a guided education… that has never existed in life at such low cost before. Never.