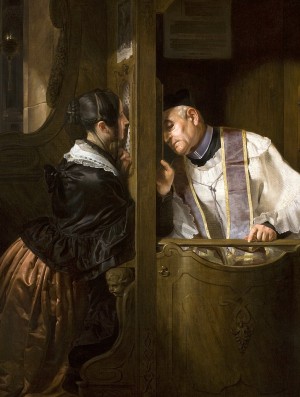 Consciousness, Source, is using me and my life, and makes it my work to map out the human condition.

It’s been consciously so for about five years now.

When something, a sneaky undertow could not be seen on other people, I had to go through the experience to see it.

Without me being cheerfully game, I could say that it is the worst part of my life.

But, remember, the purpose I have invented for my life is to go to the edge, live there a bit, and come back sharing what I saw. And share it in a way that others can benefit from it.


The only thing worth sharing is a distinction. The punched hole in the wall… that allows you to look at the world and see the distinction everywhere.

To my surprise, my article about the sob story, and Leo’s video on lying worked for many of my students as a hole punched in the wall. I am elated.

It could be said that this was my first experience of succeeding in what I really wanted to do.

I think it is largely due to the tool, the 67 step program that made the difference.

In that program you need to do a lot of looking, and hardly any actions… actually I prefer no actions. And all that looking unlocked your capacity to look… and that is what was stolen from you by the culture… and through that program you can claim it back. Brilliant. (Warning: not if you start taking actions… if you are willing to just look.)

Anyway, today’s insight came at the end of a week long curious phenomenon: me noticing that my word means nothing.

I have been getting up early, since last November.

It went well and smooth for four months, or so. I had a task I needed to perform at that early hour, so there was an actual cost associated with not doing what I said I would do.

But it all changed about 10 days ago, and it coincided with the switch to Summer Time. And the thing to do early in the morning ended… so I have no outside reason to get up now.

And the weather turned back to cold. And I didn’t want to get up.

I listened to the persistent beeping of the alarm clock for as long as 30 minutes… got up to turn it off, and went back to sleep.

And today, I thought I got up, I saw myself doing things… and then I woke up to realize that I was in bed, sleeping.

And that brought my conscious awareness to the issue:

Without integrity nothing works.

Integrity is a relationship between the two selves: you and YOU.

If and when the small you does things, sneaky things, lies, promises and doesn’t even mean it… integrity between the two selves deteriorate, and misery follows.

We could say that without integrity nothing works, because when you damage the relationship between the two selves, you feel bad, you punish yourself.

I am not religious, but I can see that through seeing confessions in movies, I see the relief that comes from telling the truth, and then do something to pay the price.

The priest says: do this and that, and sin no more.

Which means: a confessional attempts to give you a clean slate.

So, how do you train yourself to be powerless, as far as your word goes?

Truth be told: you got trained way before you had words.

Your parents lied through their teeth: promised you, told you how to behave, but they didn’t behave the same. And they get away with it.

Then another way you are trained by society is driving.

They have the laws, and then they drive differently. Near everyone.

And if you try to keep the law, they honk at you.

They set the bar so high, that it is stupid to stay under it.

So it creates a behavior where you get away with illegal actions, but you look over your shoulder for the cop car.

Creates a culture where you can get away with it, where it’s ok.

Your two selves stop talking. You hate yourself. You don’t even know why…

Everything shows up to remind you how full of crap you are, untrustworthy…

Then the mind keeps on coming up with new ways to entrap you: whenever you see anything to do, your mind says: I’ll do that… I should do that… but, of course you won’t.

And the divide between the two self is getting bigger and bigger.

You don’t forgive yourself ever… or better said: you haven’t.

In Landmark Education, they do a process that is invaluable: they call it Powerful Debriefing.

When you promised something, when it comes due, you go and “debrief” the following way:

No reasons, no excuses. Just the facts.

Most people can’t do it. But it is as freeing as a confessional… lol.

This process needs to be ongoing. 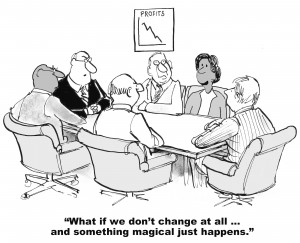 The world, the mind, are there to entrap you.

A man of integrity is a threat to the cheating, manipulative, exploitative society we live in.

So the lure to be sucked into that game, the game that leads to misery, is getting stronger and stronger.

You get sucked in unless you stay aware, awake, and clean… or at least in action about getting clean.

Make a conscious decision about how you drive (above the speed limit) and decide that you are willing to pay the price. I did, when I was still driving.

And make conscious decisions about every act that you do… including paying the price.

Much like knowing in Landmark Education, that there will be a Powerful Debriefing.

I have stopped eating 99% of what is bad for me… The one percent: I consciously eat it, and am, at this time, unwilling to give it up.

It’s the only vice I have. Many mornings the only thing that gets me out of bed is the image of a steaming cup of tea.

Tea with half and half is my vice. It’s bad for me. I know. I am willing to pay the price.

So what are the energies I can offer to assist you in this major transformation?

Checking if society has put an attachment on you, is another way to set yourself free… If you know you have an attachment put on you, you can opt to have it removed. But if you don’t know: you can only act one way: the way the attachment tells you to act.

And when you are attachment free, you can ask me to turn on the capacities of letting go of control and seeing the consequences of your actions, especially the actions that we are talking about in this article.

Control works against power, I see that letting go of control can be useful in this process of restoring and maintaining integrity.

And because being oblivious to the price you have to pay… seeing the consequences of your actions is another thing that can be really useful.

Capacities leave you at choice. You use them or not.