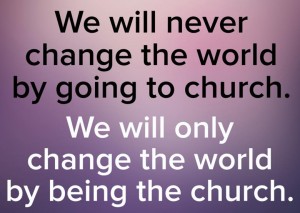 Why do people think that adding a little energy remedy to their low vibration life, doing a little meditation will raise their vibration?

Vibration number is an indicator to how close you are to becoming the peak of evolution: a human being.

If raising your vibration were a school curriculum, you’d start where you are, and move onto the next level only when you have maxed out the previous requirements. No jumping, no passing grades.

The subjects in the curriculum: Increasing awareness, the using and activating of your internal and external capacities, resolving inner conflicts, removing incoherence, etc.

It is not chemistry, where you add a little catalyst, or salt, or whatever, and boom, outcomes a magnificent human being.

It is doing the missed 10,000 years of evolution inside the lifespan of one individual, you.

I did it. I worked on it, but not as something I called spirituality, an extracurricular activity, a hobby, or even a passion. No.

I put my whole life into it… and everything was about it. Eating, sleeping, interactions with others, my business, everything.

When, for example, ‘living an integrated life’ came up, I reworded it to be clearer: living a seamless life. A life when you move from one area or another, there are no doors, thresholds, seams… it is the same life, just doing different things.

It was the hardest to put my “spiritual” work into context: my work with Landmark Education: Landmark methodology is to make up a new context on the fly… and create a context inside a context is somewhat contrived.

Each area of my life, especially Landmark, had their own agenda… and the agenda needed to be met inside MY CONTEXT.

I was lucky, after 26 years I was slighted by people in Landmark, and that allowed me to leave, and from thereon having a seamless life was a piece of cake…

Context is not something someone can even “get” on a low level of vibration, let alone create.

Check with yourself and ask the question: what is the context of your life?

Awareness is not something you have any control over on a low level of vibration. This is why raising your vibration needs a person who can direct your awareness… almost like a physical therapist moves your limbs for you, so you learn how to move them.

Going from unconscious to highly conscious, going from robotical, machine-like existence to the existence where every muscle, every inch of your being is under the control of consciousness… is like going from dancing the twist to being a ballet dancer.

A little remedy here, a little meditation there, won’t make a dent.

Energies, energy remedies, meditation, are support systems, like ointments that make dealing with the pain are supportive so you don’t quit. So you don’t stop.

If you don’t do the work, the work won’t get done. Plain and simple.

And it is also a quantity issue. 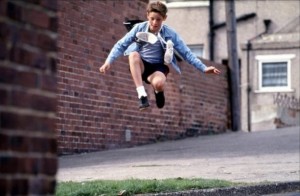 Just watch Billy Eliot: he dances in his life. Dance becomes the context of his life… just to be accepted to be trained at the academy.

If you do things for their own sake, not for the context, you have a chunky life.

The number one difficulty I see in doing the 67 steps with someone’s “steps” whose context is different from yours, is holding onto your context, like I had to in Landmark Education.

I don’t regret it, it was a great training… a training to be able to say: mine. yours. Mine is the big context. You go inside mine. That makes your context valid, but subordinated to mine.

In doing the 67 step coaching, without my directing your awareness, poking the box for you, you do a mundane program, designed to make you want to register into Tai’s higher paying programs. 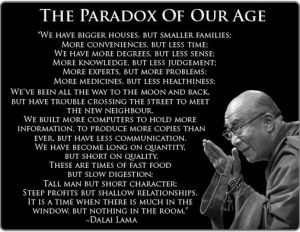 Because culture suggests a life where getting from a to b is more important the growing.

Well… it’s a different program. The purpose of the program is the context.

That is the context. My plan is to make it endless. I won’t stop when you finish the 67th step. I won’t sell you a more expensive program when you have done that. I will ask you to stay… so you can use the “structure” of the 67 steps, to go higher and higher and higher.

That is doing the work of raising your vibration.

You see, the remedies, meditations are just the support, so you don’t hurt so much that you quit.

Now, why would anyone do it? 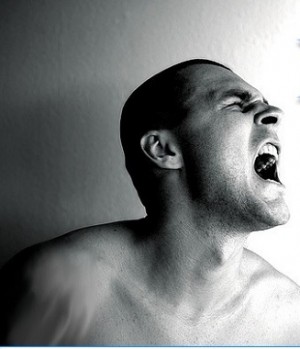 I was delirious, in bed, fighting high fever and a sinus infection that didn’t want to quit.

I suddenly saw something. It was the same experience as the fish may have when the fish jumps out of water, looks down, and says: “holy shit… water!” and then the next minute splash… he falls back.

I saw that the system in which I lived, socialism, robbed people of their desire to produce, because it robbed them of the expression of their individuality.

I saw that the ideology was beautiful, but was counter with human nature, human drive.

And my personal journey began there…

My journey that defies societies intention. That only listens to what the “spirit” wants…

I traveled from country to country, in search of an environment that is friendly to the spirit.

I never found it. Culture is not friendly to the spirit… lip service is lip service… lips are the organs of lying. Even organizations that claim to be for the spirit, for individuality, are strictly against it. They actually throw you out if you bring in anything that is not strictly what is consistent with the culture… the culture of a country, a church, a Landmark Education.

But in spite of everything, I managed to grow, and to become more and more aware.

If you want to play the money game, the relationship game, the politics better, and that is what you want, my programs are not for you.

That doesn’t mean you cannot play those better, but you need to do it inside a context that is out of this world… not the rules of this world.

You need to be an outsider. Outsider and outlier have different meanings. Outsider is someone who pursues something the culture is not interested in… maybe even threatened by. Dr. Joel Wallach is an outsider. Bill Gates isn’t. Neither is Tai Lopez. Are you? Will you want to be? It is really up to you.

But here is the bad news: unless you are an outsider, your consciousness is defined by the culture.

And your numbers will reflect that.

Any person I have ever measured their vibration: if it was above 200, to some degree they were outside of the culture. And often they rejoined it… and their vibration dropped. Mostly when their survival (money!) was threatened.

So how can you be outside of culture and still succeed in the world?

What is outside is your context. The “why” of your actions. Your actions work well with the stuff inside the culture.

I am watching a series on Netflix. It is called “Leverage”.

Five criminals, thieves, grifters, work against the culture of crimes tolerated by the culture.

They say: powerful people steal from you. We steal it back.

Their context is outside of society. Their tools are definitely inside. It’s a good show.

From now on, if someone wants to raise their vibration, I’ll send them to this article… let me know if it communicates. Please. Thank you. 2

2 thoughts on “Why do people think that taking a little energy remedy, doing a little meditation will raise their vibration?”