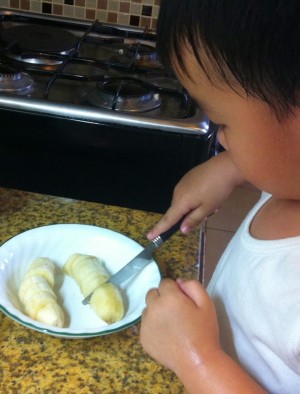 In the previous article I told you what I did to get guidance from consciousness in the area of defining the five stages of consciousness, through my methodology can take you through… all the way to the top.

I wrote the article, and then I went to cook some lunch for myself.

As I was slicing onions, then cubing turkey, I saw another way to illustrate the levels of consciousness.

Same is the situation with consciousness. 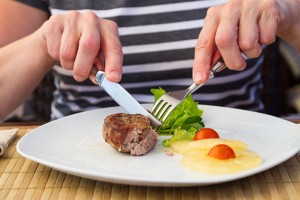 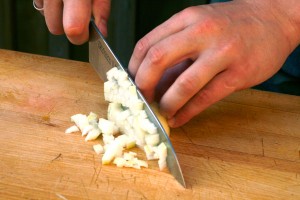 The current level of consciousness of the world is the level of blunt instrument… like a dinner knife to slice and dice life. Funny picture, eh?

Imagine a doctor performing surgery with a dinner knife.

Now, I won’t talk about doctors’ and the medical establishment’s consciousness here… because I don’t want to be sidetracked, but just get that their level of consciousness is not higher than yours… and that’s not good news for you, if you go to doctors habitually. Doctors kill more people both in hospitals and in and through their offices, than all the diseases combined.

So, let me change the picture…drawing a technical drawing with charcoal
creating a silk dress with a fish hook needle…

So raising your level of consciousness is gradually sharpening it so it can do fine work, pinpoint, find the nuance that makes all the difference.

Blunt force may be good for some jobs, but most jobs, most solutions, most quandaries won’t be solved by blunt force… just ask the FBI or the CIA… or any government agency.

The level of consciousness of your government is slightly lower than yours… and you have given them all your trust..

Or your investment banker, your nutritionist, your youtube videos, your TED talks, your so called experts.

Blunt force, dinner knife to slice and dice… Or we could say: bring a knife to a gun fight. The solution won’t be a good one…

Some of my students go to doctors… I bet they have health insurance.

My health turned to near perfect when Blue Cross canceled my insurance, 29 years ago.

Knowing that being well is my responsibility, I have read up on health, new theories, minerals, enzymes, oxygen, and such. Lots of books.

My health today is near perfect, especially if you take into consideration the damage I caused for the first almost 40 years, and the troubles I was born with…

Going to the doctor is your worst choice… if you want to be healthy.

I did go to the doctor twice in these almost 30 years. The first doctor told me they could not help me, and that I was going to die within a week.

The second doctor told me that she wasn’t going to do what needed to be done, because it didn’t pay enough. After all she had bills to pay…

What is wrong with going to the doctors? You hand your life over to someone whose level of consciousness is the level of a blunt dinner knife…