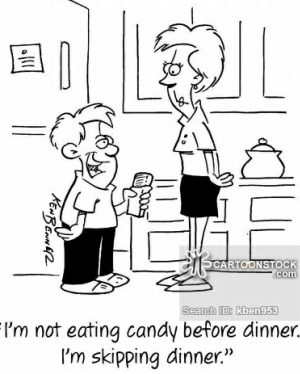 One of the reasons you don’t grow, is because the nature of time is that it goes one way. Forward. It doesn’t stop, it doesn’t go backwards, and mistakes are mistakes made.

But we, humans, are equipped with a brain that is able to model, replay, and practice, to turn mistakes into learning. Through repetition, or through thought experiments. But either way: being awake… And that is the first thing that’s missing… being awake.

I bet you haven’t taken advantage of that.

One huge insight I had when I realized that the version of Freecell I have on my newer computers is the type where you can undo many steps… or even go back to the beginning and do it again.

It did something to me. It changed my perception of life being irreversible. That lost is lost forever. That what isn’t working will never work. That what I can’t do now, I will never be able to do.

I now looked at the movie “Groundhog Day” with new eyes.

I saw it as a spiritual lesson.

What is the Groundhog Day lesson? That if you can do it again and see the results, eventually you’ll get it right.

But that is not what you are doing, are you?

You sit around and mull it over. No do-over, no do it again, not learning from what you did… No. You mope around, grieve, and never do it again. Or maybe once more…

It is true that you can never get back to February 2nd, same year again.

But it is also true that unless you do, in some way, you’ll remain the same.

No growth, no evolution, no future that is different than your past.

Life, for a human, has been, forever, like a coitus interruptus (lookit up!) for the female: disappointing, frustrating, unfulfilling, being left “eh”, and WTF…

Life, for a human being, is more like sex for a man: the world is your oyster.

Hell, the reporter in the movie was the same way! Unconscious. 1

So, unless you make a commitment to growth, it is not going to happen.

It hasn’t happened in the past 10 thousand years!

I bet it would have, if there were any truth in reincarnation. But alas, no truth there.

You die, you are dead… done, undone, you die.

Wouldn’t it be better to die done?

PS: I know this extraordinary guy who lives like every day is Groundhog Day.

He built a dentist practice that makes over a million dollars a day.

His secret is that he practices being, his being, every day… first in front of the mirror, so he cans see that he is authentic, and then with his life.

Riches is just a fallout.

When I ask “other people” what is their attitude, they don’t know. Actually they have no idea. What you don’t know: you cannot improve.

And then you die…

You can’t catch what you can’t see… So let’s make it visible.